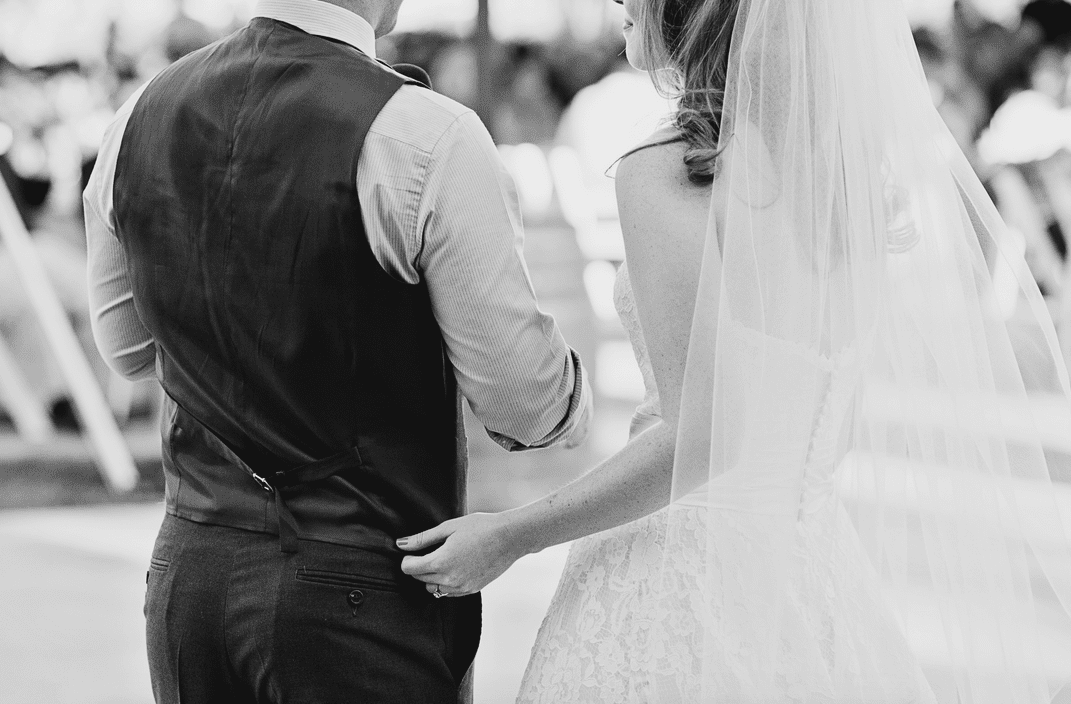 The Feminist Wedding Diaries: Of Course I’m Not Changing My Name When I Get Married!

During this long journey called engagement, I sometimes get asked whether or not I plan to change my name when I get married. The people who ask this obviously do not know me very well, because anyone who has been in my life for more than 20 minutes knows there is no way in hell I would ever change my last name! I mean, not unless I had to go into the witness protection program.

As someone who identifies as a professional feminist when asked what her job is, the very idea of changing my name makes my skin crawl. After all, the tradition that women are expected to change their last names by default harkens back to a time when women’s identities were disposable. A woman changing her name was symbolic of her going from being her father’s chattel to her husband’s chattel. The logic of this tradition was probably that making women change their names would be more convenient for identification purposes, if one’s wife tried to flee to a nunnery or something. Plus, women were not allowed to own property, run for office, or even vote, so it didn’t matter if they changed their names in service of patriarchal symbolism. They were not allowed to have any real identities in the world, so what did it matter what they were called?

Well, I say eff that tradition! It’s 2016, and I am no one’s chattel. I vote, have multiple jobs, and pay income taxes. I’m a 29-year-old grown-ass woman and I’m keeping the name I was born with, God damnit! I have publications under my name, and I am already known by everyone in my field as “Sarah Sahagian.” Should I change that name, I would become divorced from all my accomplishments and the networking I have done.

My name is both my personal and professional identity. And, most importantly to me, it’s the fact that my first name alliterates with my last! No, that’s not a joke. I just really, really love alliteration. I probably love alliteration more than I love cookies, and I REALLY love cookies. Since my partner’s last name starts with an R, I would have to say goodbye to having an alliterative moniker forever. That is NOT a sacrifice I am prepared to make for marriage. Basically, my last name is as much a part of me as my right hand – which is saying a lot because I’m right-handed, and as much as I tried in Grade 3, I am not capable of being ambidextrous. Asking me to change my name is like asking me to swear off drinking tea for rest of my life. Sure, I could do it, but I wouldn’t be me anymore!

The idea of having the same name as my future husband’s family also just feels weird to me. I mean, I’m not his sister. His parents are not my parents, so why would I have his father’s name? Furthermore, he and I come from different ethno-cultural backgrounds, and I almost feel like assuming his Ashkenazi-Jewish surname would be akin to cultural appropriation. Not to mention the fact it would erase the connection I have with my Armenian heritage. If I went by my fiancé’s family name, I would be wearing a name with a lineage and cultural history that I did not grow up with and in no way belongs to me. In my opinion, that’s like being the white girl who does not know any Chinese, but gets a Chinese character tattooed on her ankle.

Of course, I know some individuals that do change their names as lip service to patriarchy. They are independent and intelligent humans with healthy marriages who just wanted the same last name as their partner. To them, sharing a name symbolizes the fact that they are united as one family unit now. I respect that motivation; however, when people who are genuinely comfortable with giving up their names make this decision for non-patriarchal reasons, it still irks me that the default continues to be for the woman to change her name. I know the idea of a man changing his name is absurd to many people, and any man who does is probably subjected to some mockery about how “whipped” he is by his wife. I get that, but should we really let pressure from sexist assholes stop our fight for gender equality?

I contend that in a truly egalitarian society, there would be no pressure for anyone to change their name upon marriage. In such a society, when heterosexual married couples did decide they wanted to share a last name, they would probably flip a damn coin to decide whose name they would go by. That, or they’d BOTH hyphenate. As it is, the ongoing double standard regarding name changes makes it difficult to transform that choice into a truly feminist one. As long as the assumption in straight marriages remains that if a name is changed it should be the woman’s name, we’re feeding into a discriminatory tradition. That’s a problem, one it’s time to solve.

My name is Sarah Sahagian, and I’m not going to let patriarchal tradition take that away from me.