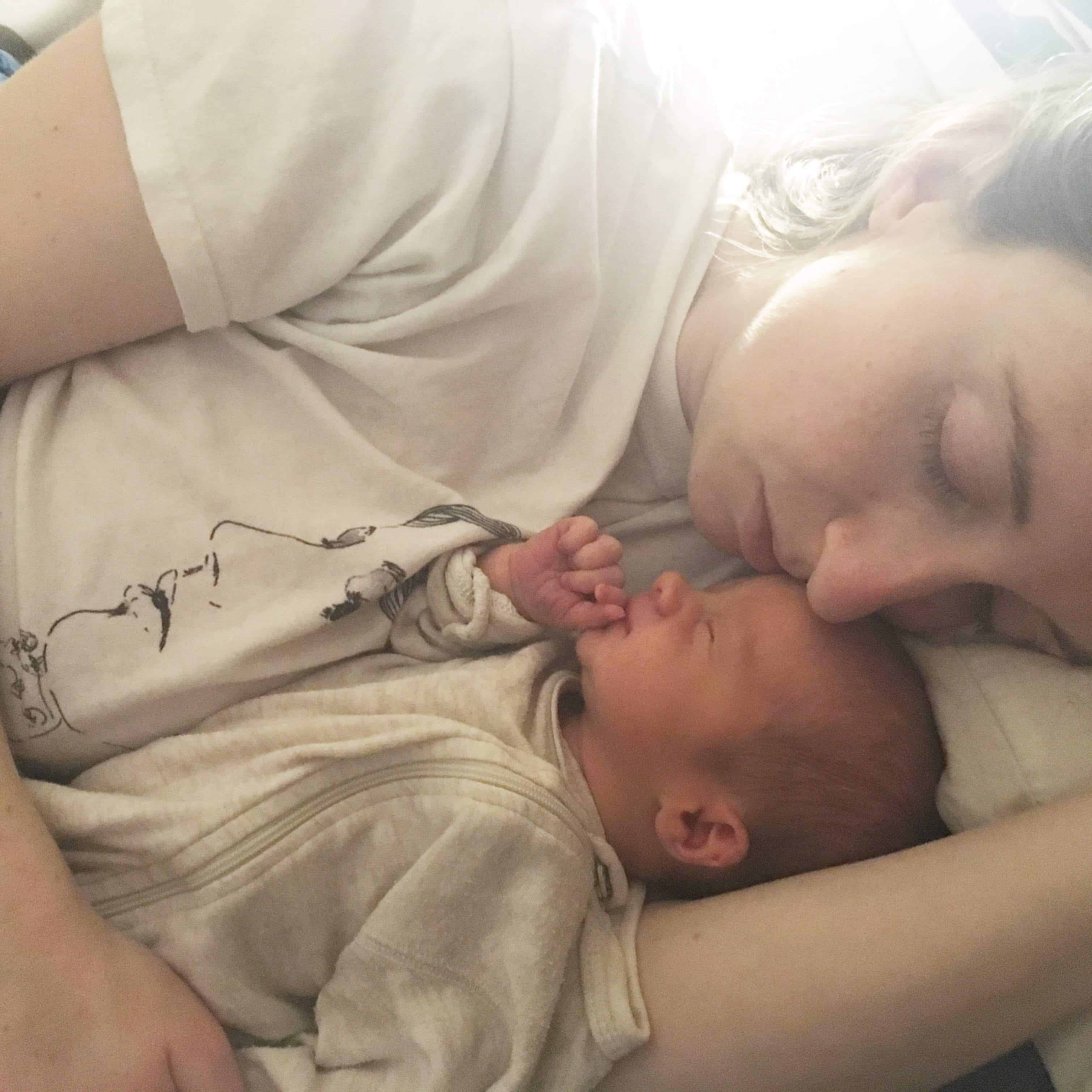 I am not superstitious, but I will admit I was unnerved when the surgery was scheduled for a Friday the 13th. The collision of that famously eerie date with my personal emergency left me feeling uneasy.

On the morning of the date in question I nervously went to the hospital so the surgeon could reconstruct my left arm. I was training to be a professional dancer. Earlier that week I had suffered a traumatic accident in class. Though I hit my head, leg, and arm in the fall, it was the shattered elbow that suffered permanent damage. We were in the habit of pushing ourselves to the limit and I had pushed myself too far.

After waking up from being unconscious on the studio floor, I was rushed to the hospital where I was given a makeshift cast to see me through to surgery. They gave me morphine and I had a disorienting, unsafe reaction to the drug because I had lied about what I’d had for breakfast that day. I had eaten nothing, but my anorexia was my secret and I wasn’t going to spill it to some strangers from the vulnerability of my medical gown. They told me it would take months for my elbow to heal, and though I should be able to use it for daily tasks, my arm may never work – let alone dance – properly again.

I could not move my fingers but still I insisted from my stretcher in the fluorescent hospital hallway that I would be back at the barre the next day. The doctors patiently explained that this was not a straightforward broken arm, but I would not listen. My intensive dance degree was ending in a few short months, and if I was going to make any sort of future in a competitive field, I needed to train; I needed to audition; I needed to perform. My denial, however, did nothing for me, and soon enough I found myself in the first of three surgeries to rebuild my arm.

The operation went well. I spent the night in hospital awake and in pain, thinking about my future which was disappearing in front of me. It was too early for me to see how pushing too hard and my obsession with perfection had landed me here. 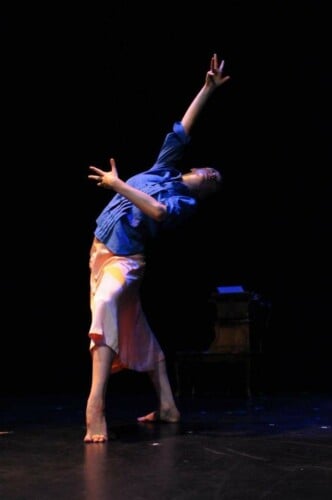 A thorny and transformative decade passed. Those years were rich in growth and change. After going into debt to finance my own dance works and choreographing to accommodate my signature crooked left arm, I learned how to feel at peace with the words, “I used to be a dancer”. I saw rocky relationships; after searching for the wrong things and giving too much, I wrote on a piece of a paper that I was looking for a partner who was warm and reciprocal. Fate found him, and I built a life with him. I lived in a city and then a town that didn’t make me happy, and decided I would rather live somewhere that made my heart sing. We took the leap to leave the life we knew, and moved provinces to live in a cabin in the woods.

I birthed two children; motherhood demanded that I play curiously with boundaries, gentleness, and patience. As a mother, I revelled in teaching the art of saying no and listening to one’s self. It looked like I was teaching my children but in reality I was learning how to stand up for myself. I spent a decade unravelling perfection, performance, and finding the joys of balance, boundaries and care.

Ten years after my first surgery, another Friday the 13th started after a night of contractions. I was expecting my third child. I tiptoed out of bed to make a tea, which I cupped in my hands as I walked out of the quiet cabin into the early morning light. It was September. That night there would be a full moon. I walked rhythmically alongside the forest and onto the large rock in the middle of the creek. We call this rock the splash pad because of how the kids stomp in the shallow water in their rubber boots. The creek’s current also splashes over those rocky surfaces, particularly in the springtime as the snow melts generously down from the hills that surround our home. As my contractions kept coming, I pictured all of the seasons of nature and my life playing out in relationship to this flowing creek.

I walked and walked and walked. Eventually, I returned to the cabin, woke my husband and called the midwife. We had planned to give birth at home, but with the full moon there were many women ready to give birth, so we went to the birth centre. As I continued pacing there, I thought of words that a colleague had told me just the day before. She had said she had given birth without pushing; just by letting it happen. I had had positive birth experiences with my first daughter and first son, but when it came to pushing, I roared and forced with gusto just like they do in the movies. How could I possibly not push? I’d spent much of my life forcing things to happen.

With the birth of my third child, though, it was different. I ignored the stories that I had absorbed over decades; the stories that had told me I needed to push hard and mightily. I thought of the creek and of the wise words, this is the way the river is flowing. I gave in and let birth happen to me in its own good time. Every childbirth experience is different and valid. For me, the experience of letting go was indescribable and transformative. I felt like I was the whole world. Soon enough, my beautiful third child was in my grateful arms. One of his middle names is Heron, after the oft-seen bird who lives in our creek, gliding elegantly over the splash pad where my children play. The bird’s namesake, my son, has the auspicious birthday of Friday the 13th. 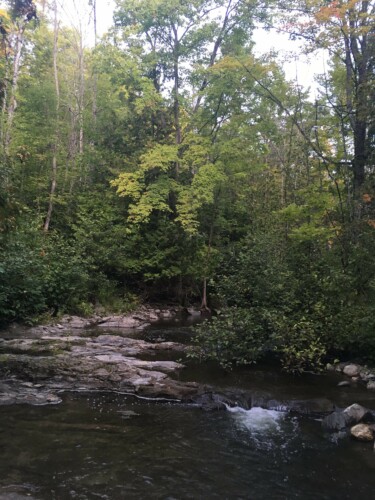 I have much more to learn in my beautiful, ongoing struggle to listen to my own inner voice. This process is gradual and imperfect, just like the healing of my wounded left wing, which is still a bit crooked and still complains when it rains. I have much more work to do when it comes to unravelling tired, old stories that are not serving me anymore. I suspect that I cannot learn these lessons too quickly. Perhaps I need to remember that this is the way the river is flowing, and let imperfection unfold in its own good time.

Alice Irene Whittaker is a writer and mother of three young children. She’s currently working on Circular Living: Nature’s Lessons for a Regenerative World, a non-fiction book, and This Grateful Geography, a collection of nature poetry. Follow her on IG: @circularlivingbook.