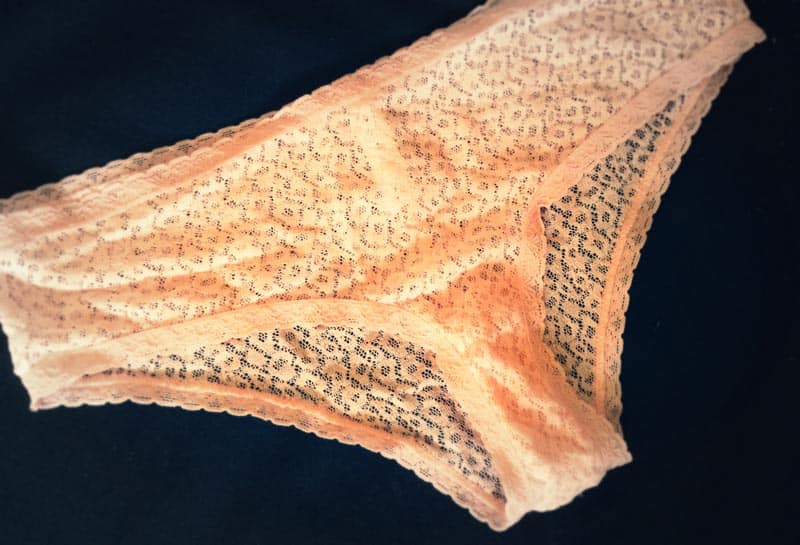 "I had a choice: to bend down and retrieve my sad old underwear and try to keep them from sliding down for the rest of the day, or to kick them under the filing cabinet and proceed about my business commando."
Life Stories

The Grown-Ass Woman’s Guide to: Underwear

You are a grown-ass woman, let’s have a check in: are you gainfully employed, or trying to be? Have you eaten a fruit or vegetable today? When your shitty ex texted you “sup” at 2am on a TUESDAY last week, did you respond “I know what that means and no way, go to bed you nard”? If you answered yes to the above questions, you’re doing great. But how about these: are you currently wearing underwear that is slowly making its synthetic-lace way up the front of your crotch and there’s nothing you can do about it? Did you recently google the phrase “i’ve got holes in my undies, do i rlly need to throw them out tho? :(“? Could you describe the place you do most of your underwear shopping as CostCo? We need to talk.

If we’re being honest, CostCo is not even the worst place to buy underwear. It is very good value, 100% cotton (we’ll get to this in a second), and okay, it’s not going to win any sexiness awards, but it gets the job done and comes in a pack of three. So much of the underwear on sale just about anywhere is bad for your vagina, and it is supposed to be your vagina’s cool sidekick. You don’t have to splash out on the expensive stuff, but get some bottoms for your bottom that fit and let things breathe. No gross fabrics, nothing too tight, nothing that is trying to get… in… places. You know what I mean, let’s not go there. You wouldn’t buy a shirt that was three sizes too small and made of cheap polyester and kept completely disappearing into your cleavage so you had to figure out how to subtly pick it out during class without anyone noticing, so why subject your lower half to that?

Wear black underwear on your period.

Never have the Mission Impossible theme music playing in your head while you frantically search for a bathroom again. It’s coo. Black underwear got your back.

Know when to say goodbye

Once, a friend who will not be named and who is DEFINITELY not my mom was working in an office in the 1980s. Being a young lady—to whom I am definitely not related—living on her own, she was makin’ every penny count and had been holding out on replacing some underwear, the waistband of which had really seen better days, elasticity-wise. While filing away at work, in what I can only imagine was the sharpest 80s work attire, our anonymous heroine came to realise that the air conditioning of the office felt draftier than usual, and her cool 9-to-5 skirt was letting in lots of breeze. Cut to: close up of ratty old undies around some sensibly-heeled ankles, on the floor. Women of the world, you have the opportunity here and now, to go through life without ever having to utter the phrase “I had a choice: to bend down and retrieve my sad old underwear and try to keep them from sliding down for the rest of the day, or to kick them under the filing cabinet and proceed about my business commando.” It’s important to recognise when the time has come to get rid of your old undies. Knowing when to say die also applies to: stains, holes, excessive washing, the dog eating them. Diamonds are forever. Diamante LaSenza thongs are not.

Who is this for, really.

Is your girlfriend or boyfriend or Craigslist casual encounter going to wear this shit all day? NO. (Well, probably not. Maybe your Craigslist casual encounter…) Your underwear is not for them. It is for you. You are the underwear-er. Therefore, if you are not into thongs, don’t wear thongs! If you are not into, like, brazilian cut boybriefs or whatever the eff, don’t wear them! Whatever you want to put on your butt is UP2U. You can always compromise, of course, because again, choice choice choice 4ever, but really don’t worry about it if you don’t want to constantly be wearing the tiniest, laciest undergarments. If you know your significant other or whoever is into a certain style of knickers, pop them on at the appropriate moment, but do noooooot worry about it otherwise, because underwear is not meant for display. Lingerie is. Buy some lingerie and know when to deploy it, but if you end up in flagrante with someone in your regular skivvies, don’t panic, because…

I don’t want to get all fussy with you about this, but ahahahah yes I do, this whole column is just me fussing like a grandma while throwing in some hip web-slang so the kids know I’m fresh as hell (“web-slang”) (“fresh as hell”) (“let’s move on”). Basically never, ever, before any good sex-time, has someone said “I was so excited to have sex with you until I got you in your underwear, now I’m not so sure.” If you’re really and truly worried about it, and feeling like an Advanced-Level Slut Master 6000, go to the bathroom and put your underwear in your purse before things get undressed. “Underwear? Oh, I wasn’t wearing any. I’m WILD.” – you, with a giant wad of Hanes-Her-Way in your clutch.

Keep up the good work, and remember: commando in jeans is a command-NO.

"I had a choice: to bend down and retrieve my sad old underwear and try to keep them from sliding down for the rest of the day, or to kick them under the filing cabinet and proceed about my business commando."

A Huge Knix Warehouse Sale is Happening This Weekend