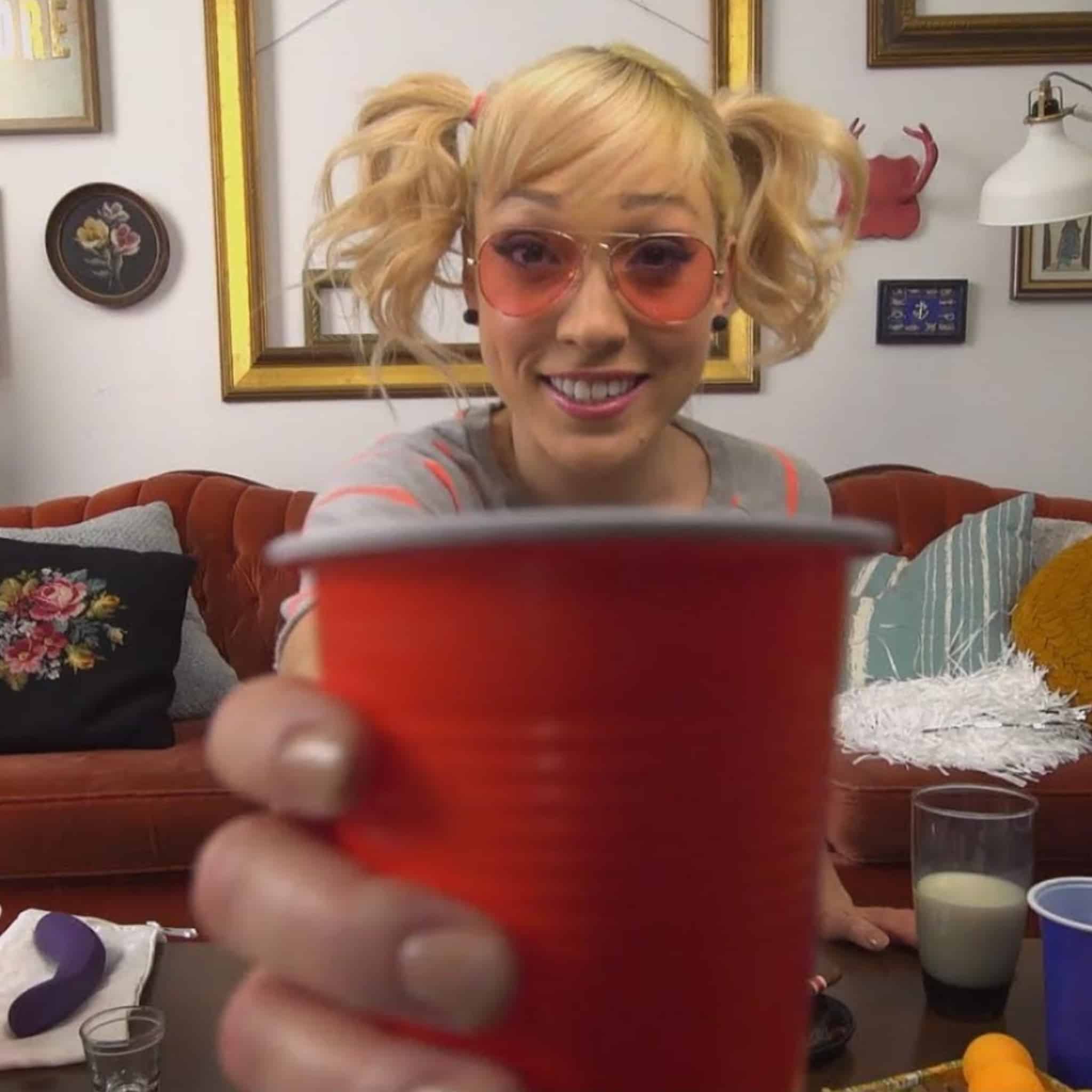 Cam_Girlfriend is a new comedy series on YouTube that gives audiences a behind-the-scenes look at the camming industry. Bizarre interactions, awkward moments (with limbs in all directions), and hilarious stories are shared by fictional character Chloe Cables, a rising cam star trying to grow a name for herself online while balancing relationships with friends and her boyfriend offline. Inspired by true stories, Chloe is a lovable and believable character played by real-life cam star, Lily Labeau.

Lily entered the biz in 2009 at the youngest possible age she legally could: 18. “I’ve always been really headstrong and into seeking adventure since I can remember. It felt exciting, like I was finally living.” Despite the inevitable sleazy encounters, Lily tells me that she also found a supportive community, “I found a bit of family within the adult industry. I love the people who do the products, I love the PAs, the people you don’t really think about. The whole industry has a lot of amazing people.”

So what, exactly, is ‘camming’? Lily explains: “In its most simple terms, camming is interacting with people online. Obviously there’s a lot of sex involved, but there are so many different areas you can go into. Some people just really like to talk. If you want to have sex, you do that, if you want to dress in cosplay and video games, you can do that.”

These scenarios, and more, are captured in Cam_Girlfriend, which portrays all dimensions of the industry with wry humour. In Episode 1, The Registry, audiences learn how cam girls often receive gifts from their fans, prompting the creation of “Wish Lists” in exchange for some special attention. “I know girls who get furniture and their entire apartment stocked! Some girls are really good at getting stuff.” Without a PO Box, requesting stuff has never been a priority for Lily, who (before COVID), spent a lot of time flying to Switzerland to visit her girlfriend.

Being stuck at home during the pandemic has given Lily the freedom to devote extra time to her clients. In fact, camming is one of the few industries that is thriving right now. “I have seen a steady increase. People need and want connection.”

With over 215 adult movie credits, close to 200K followers on Twitter and 171K on Instagram, Lily has a lot of fans. So far, they’ve been the first to express their admiration and support for her foray into acting. For Lily, the move to a fictional series and acting in Cam_Girlfriend wasn’t planned, nor was it some long-awaited dream— “They approached me.”

Listening to Lily gush about how positive an experience being in Cam_Girlfriend has been so far had me smiling. “Everything has been so good, but what I really enjoyed most was that on set they had a bunch of women. They made sure there were more women than men in the crew and production. It was so sex-positive, respectful and an all-around wonderful environment. It felt like we were all on this great team doing special, with such a level of respect and care for my comfort. To film certain scenes that were okay for YouTube we had to get into really weird positions—but it was lovely.”

While Cam_Girlfriend pokes fun of the relationships formed online, Lily speaks about her real-life clients with a lot of respect. “A lot of them I know so personally. I know about their life, I know about their struggles, their hopes and dreams, and also their sexual preferences. I really feel that doing this is a gift for me. Sometimes I get burnt out, but when you look at the exchange it’s super beautiful, and I really care about them. I also care about not making people feel judged. I try to give them a safe space.”