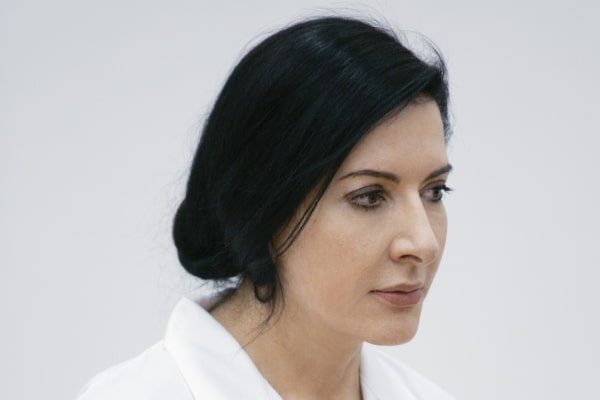 "Was I so moved by this intimate experience with a stranger that I had been driven to tears?"

Marina Abramovic’s method is as well-known as it is perplexing. She is a performance artist whose work ranges from the masochistic to the sublime, often ending up somewhere in between. She is the self-proclaimed Grandmother of Performance Art. Though where my grandmother enjoys speed walking around the mall in the afternoons, singing in the Church choir, and moisturizing her calluses, Abramovic finds herself occupied with more philosophical concerns of the naked body, ultraviolence, and suicide.

Somewhere amidst my NXNE marathon, hangouts in the park, and catching some city sun at Cherry Beach, I made some time to become a student of the Marina Abramovic Institute—and I have the certificate to prove it (emblazoned with her signature!).

It was a Saturday night; I had bought the $25 ticket for the 10:30pm time slot. I rode my bike to the Institute’s location in Trinity Bellwoods Park, equipped with an open mind made wider by the two shots of preparatory whiskey. Upon arriving at the park, I was guided by a soft glow of light and a group of individuals scuttling around in science lab regalia. I approached one of the seven tents and was greeted by a friendly volunteer.

I asked for details: Would we be interacting with the other participants? Would I have to slam my naked body against the naked body of a stranger until I felt so bruised and damaged that I would want to marry them? Would this exhibition necessitate the presence of a loaded gun? Would I get to talk? Would I be humiliated? Would there be fire?

The volunteer told me that he couldn’t reveal any of that information.

I walked over to a picnic table where three completely silent and seemingly unrelated people sat. These were the people I was going to spend the next two hours with: A photographer, a PhD student (who maintained that he didn’t usually engage in this kind of thing), and a dishwasher.

After some chatter, we were led into the first tent where we were instructed to sign the contracts that were laid out in front of us on clipboards. Then we removed our jackets and shoes and replaced them with white lab coats and what looked like the lining of a pair of winter boots I had in 5th Grade (cozy, silver space slippers).

The volunteer sternly encouraged us to complete the activity in its entirety as she quickly glanced towards the pile of waivers.

We received identical iPod Minis, all pressed play at the same time, and entered the circuit with Marina Abramovic cooing Slavic whispers into our synchronized ears.

She appeared on a digital screen. She urged us to surrender ourselves to the exercise, promising that we would reach transcendental connectivity with both ourselves and our fellow adventurers. 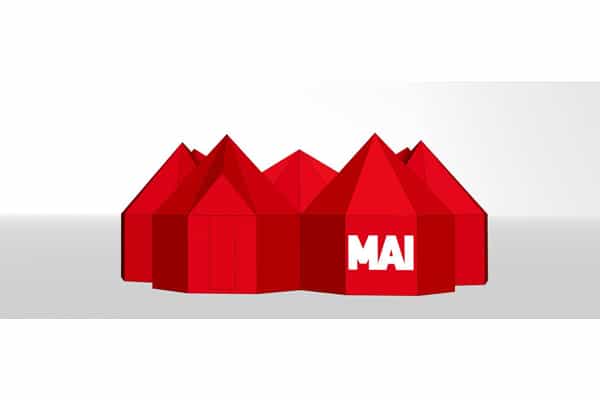 We were also informed that all these mystical happenings would be streamed live on a giant screen at the departure gate at Pearson International Airport.

That reduced the anxiety drastically.

Following the instructions, we rubbed our faces in silence. I was self-conscious that I was rubbing my face in a way that was either too committed or not committed enough to the experience, all the while aware of the captive audience waiting for their next flight.

Once we had rubbed our faces an amount that (the recording of) Marina Abramavic deemed sufficient, we were led to a second room with giant glass decanters. Each vessel had a different crystal in it and we were told about the powers that they held. One by one we were instructed to fill a glass with the crystal water of our choice. I chose the one that improved self-control.

We sat and drank the water.

In the next room we came upon four elevated, oversized chairs. We sat down. We were told to stare at the person across from us. Never blinking. Never moving. Never smiling.

My partner was very serious about this activity. She was determined to get an A at this institute, even if it meant leaving with dry corneas. By 10 minutes in, my contacts had seemingly fused completely to my eyes. They began to water, but I didn’t want to let Marina down. Tears began to surface, fully formed droplets rolled down my face. I pressed on. I liked the ambiguity of the situation, as uncomfortable as it was. Was I so moved by this intimate experience with a stranger that I had been driven to tears? Was I overwhelmed in a moment of transcendence?

We moved on, into a room with a Tesla coil in the center. We held what looked like regular tube lights in a circle. A semi-maniacal scientist type stood behind us, activating the Tessla coil. Surges of electricity pumped through it and illuminated our light bulbs. This happened six or seven times and I began to think: This may only be intriguing because I don’t know how it works. But I also don’t know how basic math works, and that doesn’t make me feel inspired.

The last room was my favourite. Four wooden beds complete with rock pillows. I lay down and tried to estimate how much time had passed. She told us to close our eyes and we complied.

My disorientation was exacerbated by the fact that our headphone instructions had inexplicably switched to French during my nap. The French speakers in the tent headed for the door and the rest of us followed.

We put our coats and shoes back on and scattered.

On my way out, that same volunteer told me he was impressed. I was the first person who had come alone.

I hopped back on my bike feeling slightly violated by the thought of strangers watching me sleep. I told myself that I would never see these people again.

Then came today, as I was leaving the AGO, who rolls up beside me at a stop light but the photographer who I experienced all of this with? We make eye contact but we do not say hello. I try to indicate to him through my (very open) eyes that I do not have narcolepsy. I want to ask him if he has had crystal visions since the experience, if he has felt increased circulation or even a slight tingly in his forearms? I wonder where he’s going.

We depart without words.