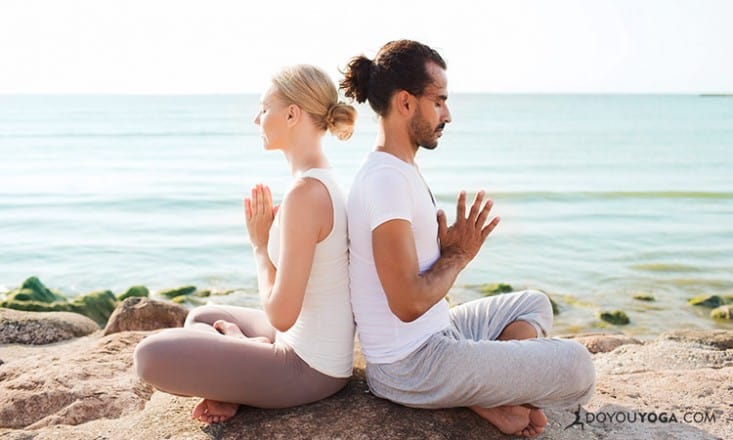 The Misappropriation of Yoga

I am a middle class white girl, and lots of yoga teachers in my city look like me and talk like me and come from the same little bubble that I do. My parents took a yoga class in the 70s and my dad used to fall asleep at the end, but I was never immersed in yoga or Hindu philosophy as a child and I am still not. I know shit all about yoga. Shit All. It is not comfortable to acknowledge that there could be cultural appropriation taking place because that idea could veer pretty quickly into strong-held institutionalized racism.

Last week, however, the University of Ottawa made the news for cancelling a yoga class at the Centre for Students with Disabilities because of a complaint over cultural appropriation. The class was apparently popular, and open to yogis of all abilities. The teacher of the class, the ever-calm Jennifer Scharf, proposed changing the class name to “mindful stretching,” but to no avail.

This story has an arc that makes it an easy target for opinion and editorializing, being that this yoga class was accessible to those who would normally not make it into an average yoga class. Most of us in a middle-class urban setting have experienced a yoga class, for better or worse. Some of us have walked into classes that are decidedly not secular and some of us have listened to John Mayor while spiraling our heart centre towards the ceiling. We all have an understanding of how the west has commodified yoga. We know that mindful practices work subjectively in our own lives and more objectively in studies done, in recent years, by neuroscientists. Do we take cultural practices from India with little or no regard for the cultural context? Well, yes.

But India is a vast country in size and population with a dazzling array of cultural practices and it would be nearly impossible to make a blanket statement about the cultural views on yoga in one state, let alone the entire country. I can see why the Indian government would like to have more control over the spread of traditional practices in the west. If every style of yoga is governed by a select body the way that soccer or hockey is with rules and restrictions, then are we relegating the practice to the purely physical? If we strip yoga of any religious context, do we take away the historical and cultural imprints that make it such a useful tool?

Whether or not this is true depends on the views of a particular group, but when a person or a group of people feels offended by the actions of another, I do think it is wrong to dismiss those feelings. Even if dismissing them makes it easier for us to continue going to yoga classes or teaching yoga. I think it is important to examine our own relationship with the practice and have an open dialogue about how we misappropriate cultural practices or beliefs.

I do, however, think that the bigger, silent issue at play in this story is that the class was free and accessible to people with disabilities, a group that is frequently shut out of participation in physical activities. This is an important issue to be mindful of. To get into my yoga studio, you need to open two very heavy doors and walk up a steep set of stairs. Most of the yoga studios I have been to have the same second storey set-up. I would venture it safe to say that most privately owned yoga studios are not accessible. And almost all yoga classes are also not accessible to diverse abilities.

Beyond the very important conversations about who owns yoga and if we are misappropriating it in the west is the fact that the cancelled class was benefiting a section of the population so rarely included in the practice of yoga. The needs and rights of disabled people are frequently overlooked, and I am not entirely surprised that it was the accessible class, in particular, that was cancelled so swiftly and with little regard for the students’ wishes.

I wish the University of Ottawa controversy led to more discussion around issues of accessibility in yoga. And I hope the teachers like Jennifer Scharf, who volunteer time to make the practice accessible, are given more avenues to teach.