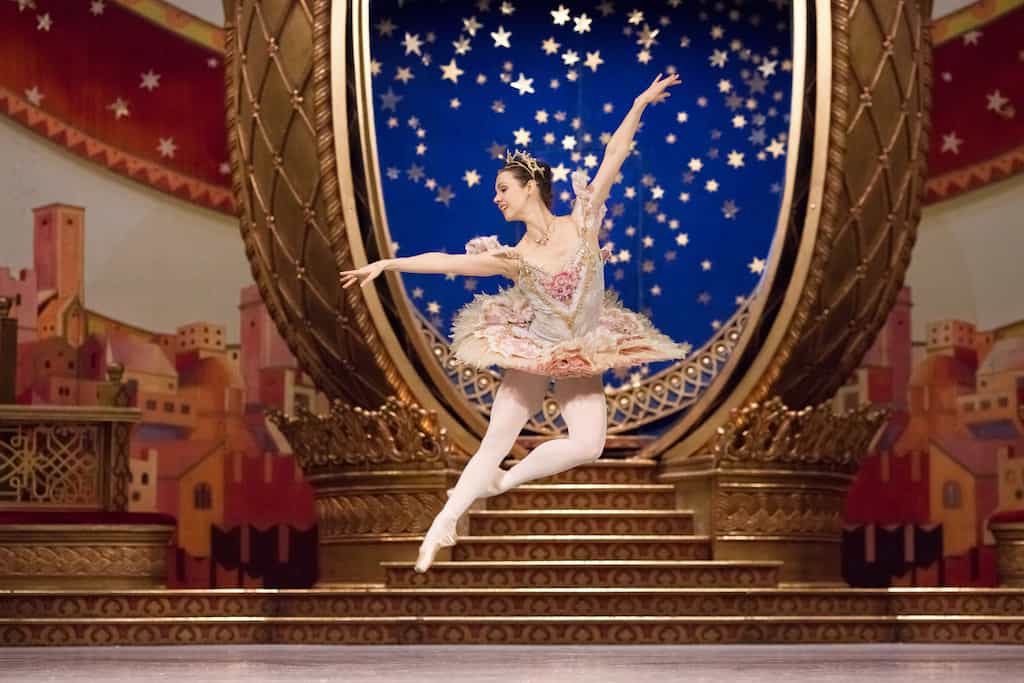 The Nutcracker tradition continues! Bring the holiday magic into your home.

Since 1955, The Nutcracker, performed by the National Ballet of Canada, has been a beloved holiday tradition for audiences of all ages. To ensure that the show goes on, they’ve teamed up with Cineplex Events to screen Pyotr Tchaikovsky’s masterpiece.

Captured live in Toronto, The Nutcracker will screen in 50 theatres across the country, and for those of us in lockdown, it is available to rent online starting December 4 at the Cineplex Store.

Curious to know what it’s like for a ballet dancer, who is used to a performing on stage for a live audience, we connected with Principal Dancer Jillian Vanstone, who was first cast in the show as a rat when she was just eight years old.

This is the first season without The Nutcracker on stage. How are you feeling about it?

What is your favourite part of this production?

Connection with an audience, whether they’re seeing the show for the first time or it’s part of their holiday traditions. It’s really special when you know you’ve made someone happy or made a difficult time easier for them through performing. More than any other time of year I am made aware of that possibility and that connection during The Nutcracker season.

I hope that connecting with people digitally will bring them some joy this holiday season after such a tough year. My disappointments of cancelled performances are nothing compared to what some people are struggling with. My heart goes out to everyone who has suffered during this time, and my admiration for everyone on the front lines is beyond measure.

What do you remember most from that first concert as an 8-year-old ballet student?

I was a baby rat in the battle scene and thought this was the greatest! I remember a lot about the experience. I loved my costume and had so much fun onstage. I learned all the roles the older students were performing. I asked for a recording of the music for Christmas and was so excited to unwrap my gift.

After all these years every time I am performing The Sugar Plum Fairy and I hear the full orchestra performing the grand pas de deux, it’s impossible to not be inspired.

The magic of The Nutcracker perseveres in pandemic times! Dress up and invite the Sugar Plum Fairy to dance in your living room. Tickets are on sale now.