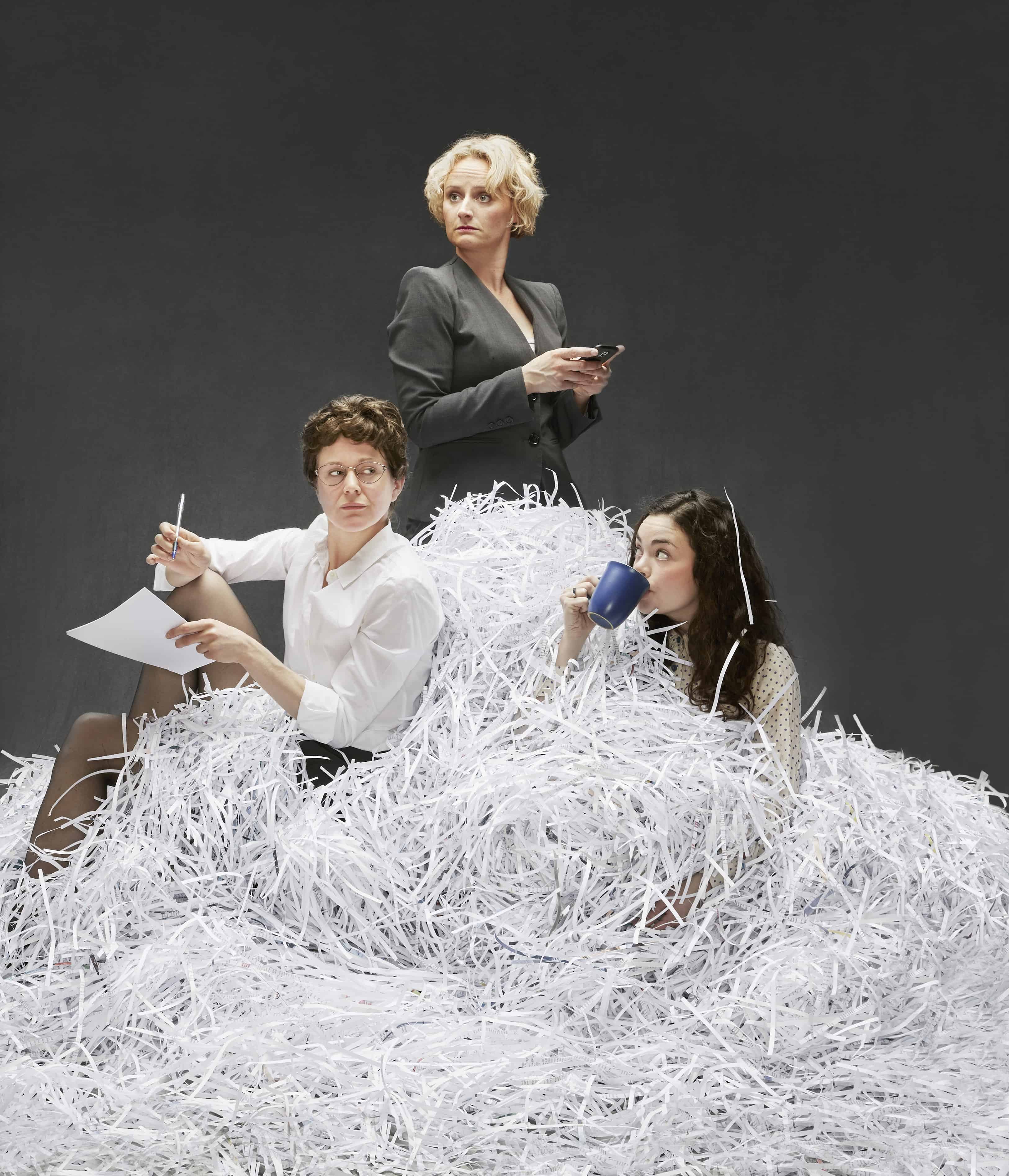 The Public Servant, Coming to the Canadian Stage

Civil servants, often stereotyped as lazy schemers waiting out a pension, are anything but, according to actor and educator Sarah McVie. McVie is one of the co-creators and stars of The Public Servant, a play coming to Toronto March 13 after a sold-out run in Ottawa. McVie and her co-creators interviewed over forty of our nation’s bureaucrats in order to arrive at a funny and honest portrayal of what’s going on behind the memos, budgets, and briefings that keep the country ticking over.

“(Public servants) are funny,” says McVie.” They are heroic, passionate, socially-minded people.” The interviews McVie and her colleagues conducted happened under Prime Minister Stephen Harper, a leader notorious for unprecedented levels of interference with the work of the civil service, including muzzling climate change scientists. “The people who spoke to us were fearful of losing their jobs,” McVie adds.

The team interviewed people who had worked as civil servants from the 1950s to the present. McVie shared a story told by one woman who had worked on Canada’s equal pay for equal work legislation, a ground-breaking moment in our history for women’s rights. The government of the time wasn’t very interested in pursuing this policy, but this civil servant decided she wasn’t taking no for an answer. Taking a wild risk, she called President J.F. Kennedy’s secretary and informed him that Canada was considering this new law. This resulted in an enthusiastic phone call from Kennedy himself, stating his desire to implement this in the States and wondering how they could support each other.

When asked how this piece is still relevant today, under a new, more research-friendly, prime minister, she answers, “The other day, I met a 24-year-old man with a university degree who didn’t know the difference between the government and the civil service. It is our civic duty to publicly acknowledge the public service that we want to create.”

Tickets range from $18 to $35 and are available in person at the Canadian Stage Box Office (26 Berkeley Street), by phone at 416-368-3110 or at nightwoodtheatre.net or canadianstage.com.