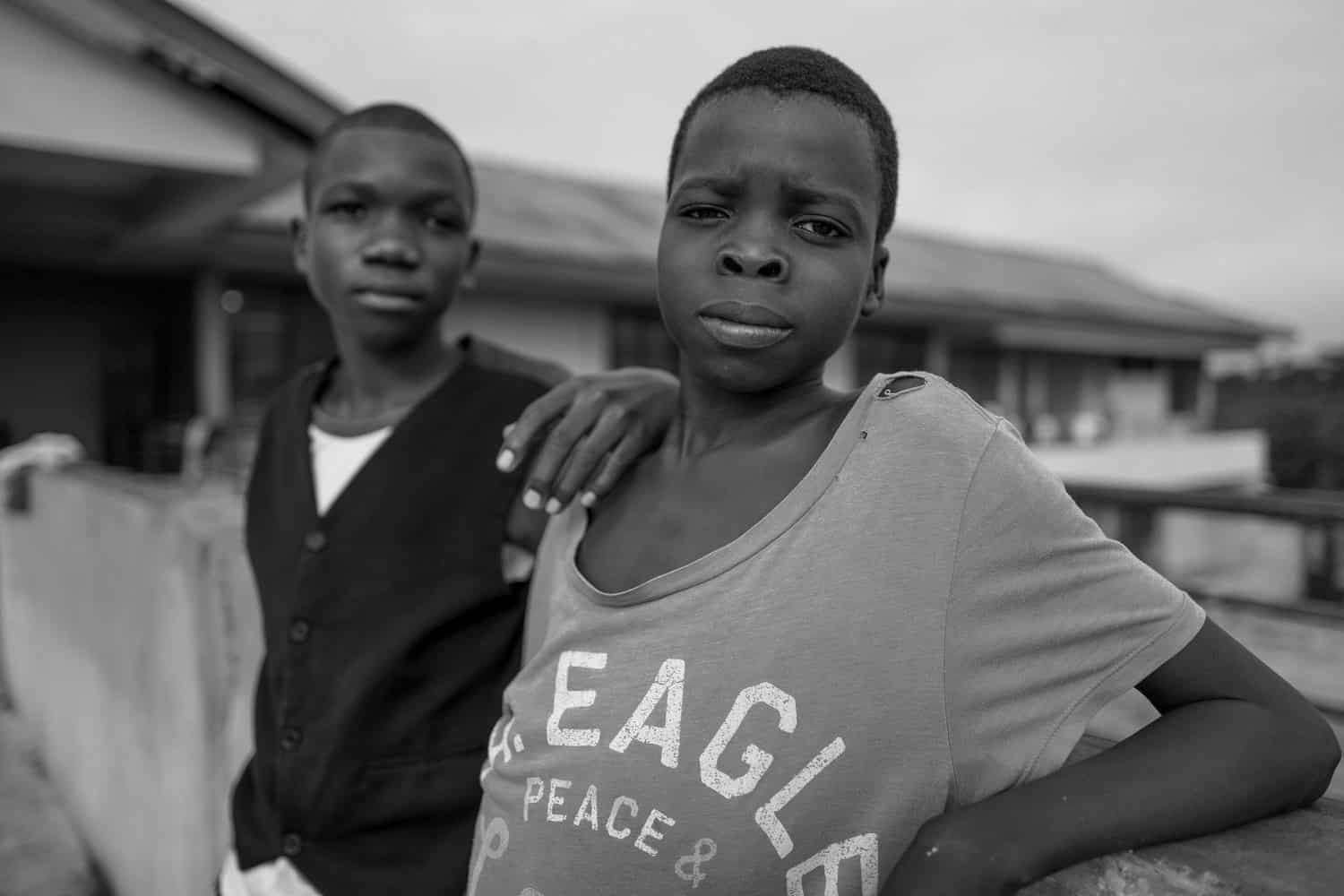 The Rescue List: Alyssa Fedele on Modern Slavery and the Chilling Reality of Child Trafficking

This Sunday, The Rescue List will make its debut for the Human Rights Film Festival at Hot Docs Ted Rogers Cinema (506 Bloor St W). Directed by Alyssa Fedele and Zachary Fink, The Rescue List takes you on a journey along Lake Volta in Ghana, where child trafficking is rampant.

Human traffickers trick poverty-stricken families into selling their children by using terms like “short-term work” to disguise child enslavement. Children often disappear, with an estimated twenty thousand children being currently exploited. Kwame, a survivor of child trafficking himself, spends his days on the lake rescuing enslaved children from the “slave masters.” After being rescued, the children stay in a rehabilitation centre for a year while social workers locate their families. The Rescue List closely focuses on two children, Peter and Edem, during their one-year stay in the centre.

We asked Fedele about the film this week.

SDTC: What was your first introduction to the issue of child labour and slavery in Ghana?

My co-director, Zachary Fink, met the founder of the rescue organization that is featured in our film at a fundraiser. This man, James Kofi Annan, had survived slavery as a child in Ghana. He escaped as a teenager and later founded Challenging Heights, a rescue organization and rehabilitation shelter.

Zac and I were incredibly inspired by James’ story, and we were shocked to learn about trafficking and slavery on Lake Volta. Our initial research into the issue left us grappling with the staggering facts about modern slavery. The Global Slavery Index reports that there are approximately forty-five million people enslaved worldwide. One in four is a child.

Despite being outlawed nearly everywhere, modern slavery exists in every country in the world. These facts, combined with the relationship we were building with James, inspired us to make a film that would connect audiences to individuals affected by modern slavery. We felt that if we could make a film that humanized the issue for audiences, perhaps it would motivate people to work for change.

What led you to focus on these boys in particular?

We talked with the group of about eight children and noticed that Peter and Edem both really lit up when we were around. It was this body language that led us to follow them in particular.

We later learned that both Peter and Edem had run away from their masters and were sheltered by a social worker in another community, who called Challenging Heights to rescue them. We believe that the act of running away had placed these two boys a bit further along on their path of recovery.

What did you learn over the course of making this film that surprised you?

The really interesting discovery that came through in making the film the way we did—which was through a strong commitment to filming and telling the story observationally, rather than through interviews—were the incredibly touching and loyal friendships that these children formed with each other while they were enslaved on the lake. The bonds they formed were incredibly deep, strong and mature. They cared for each other in ways that reveal a maturity well beyond their years, and these friendships enabled them to survive. In a way, these friendships replaced the love they would have received from their own families, and that love enabled them to retain their humanity and resilience in a de-humanizing situation.

How can we help improve the situation for kids who find themselves in this position?

The biggest thing we can do to help kids like Peter and Edem is to support grassroots organizations that are working in communities affected by trafficking and slavery with donations so they can continue to grow their work.

Challenging Heights was founded by a former child slave and is staffed by people from the community who are taking a holistic approach to the issue of trafficking. Their work is rooted in a deep cultural understanding of the community, and they are committed to working in the community for the long term.

In addition to rescue and rehabilitation, they are addressing the root causes of trafficking: poverty and lack of education. They have an Education and Advocacy Program that seeks to raise awareness in communities targeted by traffickers. They also have a Women’s Economic Empowerment Program that teaches professional development and financial literacy to mothers, and gives micro grants to women to help create more economically stable households. Click here for more info and to donate.

What can we change in our day-to-day lives that will help end child labor/slavery?

The biggest drivers creating modern slavery are poverty and lack of education. Challenging Heights has studied the root causes of these issues in their community and they strongly believe that education will make a difference. Supporting educational initiatives in these communities will make a lasting and positive impact.

We made this film so that viewers can not only learn about the problem of modern slavery but also connect to the individuals impacted by it. Too often, issues like these are reduced to impersonal statistics, and it can be difficult to communicate these stories with a deep level of intimacy. We hope that by meeting Peter, Edem and Teye in our film, people will feel an emotional connection to the issue, and that this will resonate with viewers and compel them to support organizations working to create positive change.

Alyssa Fedele and Zachary Fink, along with human trafficking survivor Stephen Kwame Addo (attending via Skype) will be at the screening. Get tickets here.