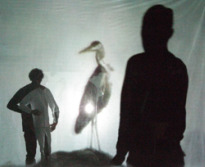 The Knife to Release Electro-Opera Soundtrack

Since 2003, The Knife have been dinging and buzzing their way into the hearts (or at least into the look-how-culturally-relevant-I-am playlists) of the discerning music critic world. And now, following in the footsteps of artists such as Rufus Wainwright and Damon Albarn, the electro-poppers have gone and made the prickly foray into opera. The Swedish brother-sister duo (along with other acts Mt. Sims and Planningtorock) teamed up with directors Ralf Richardt Strøbech and Kirsten Dehlholm last year to collaborate on Tomorrow in a Year, an electro-opera based on Charles Darwin’s On the Origin of Species, the soundtrack of which is due to be released for download on February 8th via mute.com.

Judging based on the trailer (http://www.youtube.com/watch?v=L_Hr-mtAFbo); this show was exactly as weird as it sounds. The neon sets and lights in primary colours compliment the very minimalist and atmospheric score, plus, makes it look kind of like an expressionist performance of the film Tron.

The band is offering up one of the songs off the soundtrack for advance download on their website in exchange for your subscription to the mailing list. You can find track “Colouring of Pigeons” in all its 11-minute glory at http://www.theknife.net/