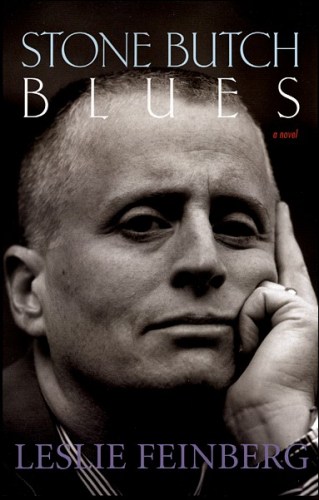 In Her Story, Shedoesthecity recognizes figures in history whose achievements and legacies we greatly admire. This time, we selected transgender warrior Leslie Feinberg. As Feinberg doesn’t identify with female pronouns, we’ve modified our usual Her Story title to Their Story. We hope you’re as inspired by Feinberg as we are.

Why We Should Care: Leslie Feinberg is the famed author of Stone Butch Blues, a moving novel that captures the story of Jewish transgender Jess who grows up in rural, working class America in the late 1960s. Stone Butch Blues is heralded as one of the first revolutionary works of fiction that examines gender and queer existence in America. Feinberg is a prominent transgender activist currently living in the States.

Three Things We Admire: Feinberg’s fearless commitment to freeing CeCe McDonald, a black trans women who was beaten and unjustly arrested in 2011, Feinberg’s talent with the written word, and their work to fight for the right for queer and gay marriages in the United States.

In Their Own Words: “We are all works in progress.” – Feinberg on pronouns in Trans Liberation: Beyond Pink or Blue.

For Their Biopic We’d Cast: Chloe Sevigny. Have you seen If These Walls Could Talk?! Sevigny plays the hottest yet coolest butch around. As Feinberg is a self-identified butch (who does not use the pronouns “she” or “her”), we would love to see this aspect of their gender representation done justice in what could possibly be the sexiest way imaginable.