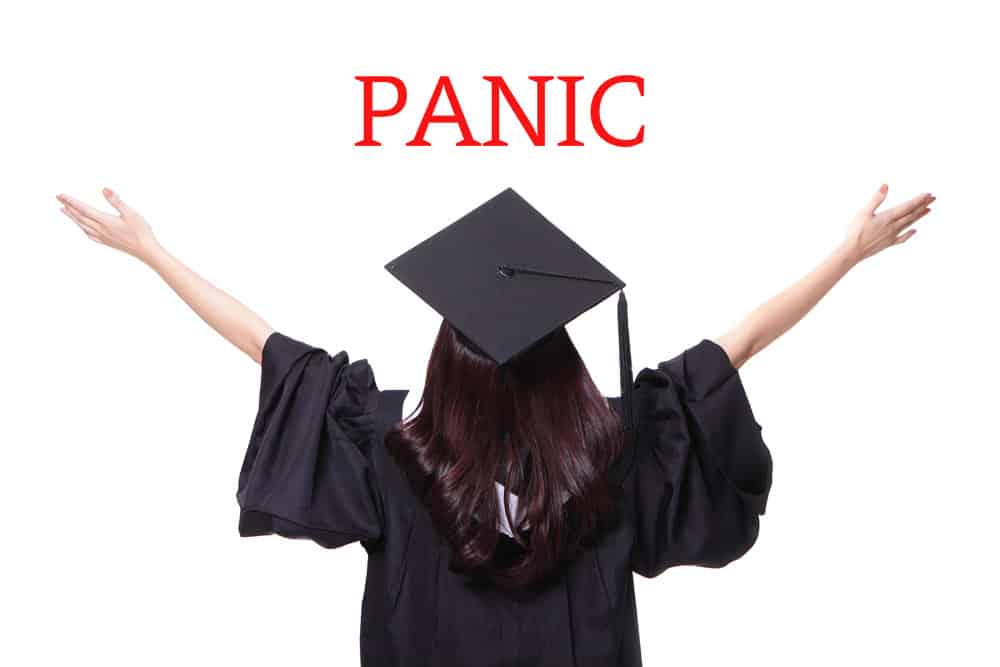 "Being a university student is kind of like going through puberty again."
Life Stories

There is Life After Graduation

Graduation season is upon us, and with it comes a whole new crop of exhausted graduates, ready (kind of) to sport business casual and pay their own rent.

The other day I had a conversation with an old acquaintance. He himself is in his last year of his undergrad and antsy to move on—not without the standard reservations, though. He has spent several years of his life in a relationship with school. A strong, committed, all-encompassing relationship. He chose school over sleeping, eating, and social activities for four-plus years, and now this dedicated union is being severed just as he was getting the hang of it. He asked me, “But don’t you miss it?” My answer: No, I really, truly do not.

I miss some aspects, yes—the option to wear sweatpants any time I want, the friendships and alliances that form as a result of shitty teachers and know-it-all peers, my never-fail excuse to get out of plans—”I can’t, I have to study!”—but generally, I feel my life is richer without the constraints of being a student. Being a university student is kind of like going through puberty again. You are an adult, technically, but you lack all credibility warranted to someone employed. The desire to excel may be there, but you’re constantly in a state of flux; in the process of getting your degree. It’s confining.

To comfort all you soon-to-be graduates, here are some reasons why I prefer working to school:

2) Same goes for mundane activity. It will always exist, in some form. But the satisfaction I get from doing something well at work, be it creating a spreadsheet, proof-reading, or even a coffee run, almost always beats finishing an assignment or doing well on an exam. I’m getting paid for the former and the latter will most likely end up in the trashcan right outside the lecture hall at the end of the semester.

3) Working in an office environment, dealing with co-workers and bosses who range from sweet and maternal to cranky and ruthless, has taught me more life skills than all four years of university combined.

4) The course of my degree in university was fairly lateral. You start in a classroom, listening to your professors talk, doing exactly what they tell you, learning the way they want you to learn. You end in a classroom, listening to your professors talk, etc. Working in real life, there’s always the opportunity to move up. Whether that be in your current job, or in the next, the versatility of work amazes me. One of the greatest thing I’ve learned by working is that I’m not married to what I chose to study in university. This can be liberating.

5) Assignments, exams, and essays. I see every single one of my friends forcing themselves through hours of studying: Sitting for hours on end in a dismal jail-like cubby in the library, drinking way too much coffee and getting not nearly enough sleep, all for a two hour test that won’t matter the next semester. I’m by no means against post-secondary, and I understand that there is a good portion of students who thrive under in that high-anxiety environment, but what about those who don’t?

Looking forward, I know I will remember the hours I spent camped out in Ryerson’s singular library fondly, but I feel I have moved on to better things.

"Being a university student is kind of like going through puberty again."