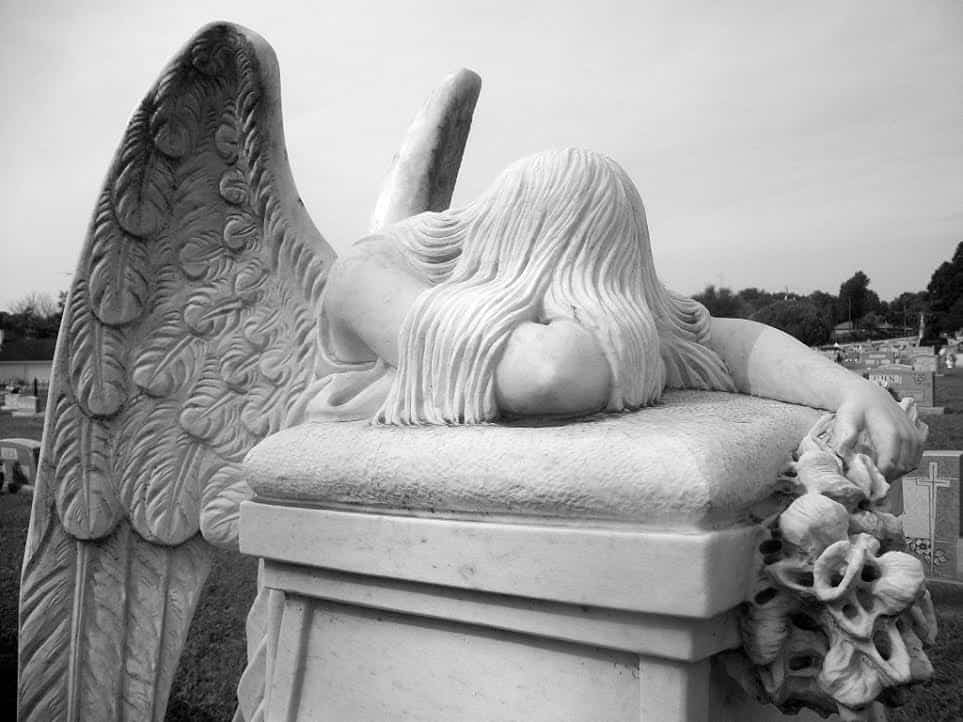 "I had unknowingly fallen victim to the popular misconception that the pain of a traumatic loss would change for the better after a time. It did not. It has not."

There’s Nothing Wrong With You: On Lasting Grief and How We Deal With Death

After a terrifyingly low period in my mental state over the past few months, I recently googled, “is it normal for grief to be worse in the second year after a death?” I was instantly comforted to find that I was not the only one who had experienced a severe turn for the worse at around the 18-month mark, but it made me concerned for the other people who are and have been in my situation, slogging through the grieving process solo without seeming to make any progress at all, slowly giving up hope. As much as I preach that grief operates on its own timeline, I had unknowingly fallen victim to the popular misconception that the pain of a traumatic loss would change for the better after a time. It did not. It has not.

This feeling leads to a worrisome line of questions: if I unconsciously believed that the pain of my loss would get better after a time, what other subliminal misconceptions about death have been reinforced by the world I’ve grown up in? What kind of damage are we doing to ourselves by living in a society that denies the reality of death and places unrealistic expectations on the bereaved?

For many of us, a 3 to 7 day bereavement leave is all that is allotted following a death. For those with sympathetic employers, that can usually be extended depending upon the severity of the loss, but as anybody who has ever experienced the pain of the grieving process can tell you, bereavement leave in the immediate wake of a death is not realistic. I have needed my bereavement leave more in the past six months that I would have ever needed it in the seven days following the loss of my father.

Acknowledgement of loss in our society does not seem to exist past a certain period of time (a few months at the most), when the bereaved can feel comfortable expressing pain. After that time period, when the shock has subsided and the real emptiness of loss begins to sink in, permeating every aspect of day to day life, many friends and family have moved on from the experience, leaving the bereaved alone to cope with an overwhelming amount of grief with no comfort and understanding.

“You have one year to be as sad as you want, I think.” A friend said to me once, in an attempt to make me feel better. One year is nothing.

We have not been given the tools to realistically cope with loss in the long term, and as a result there are hundreds of thousands of us wandering around wondering if there is something *wrong* with us because we feel more sad now than we did during what was described to us as an acceptable grieving period.

In addition to the unattainable expectations placed upon the grieving process, the romanticism of loss weighs heavily on the minds of the bereaved. We are told in movies, books, and stories from friends that if we work hard enough through our sadness, grief can be turned into something positive, even beautiful. This romanticism can be quite damaging to those of us who, despite tremendous effort, can’t seem to morph our sadness into ANYTHING except more sadness.

I have desperately enrolled myself in support groups, read books on enlightenment through loss, gone to therapy, given back to my community, and read every grief blog and memoir you can think of in an attempt to ease a pain that I was told should be better by now. The reality that I can not replace pain with action has been the most agonizing conclusion I have come to in the past six months.

Aside from the discovery that Chinese food tastes great on top of pizza and that there is a small window after a death when people feel so awkward they will do anything for you (this can really be quite fun), you are not obligated to turn your grief into a teaching moment. You do not need to turn your sadness into something positive.

We need to start using new language so that the bereaved can stop believing that we are damaged when the pain does not go away, or when it gets worse. It’s time to start rethinking the way we address death, as well as the conscious and unconscious expectations that are placed upon the bereaved. Bad things happen for no rhyme or reason, and it is time to start finding ways to embrace the awful experience as a whole, rather than pretend it’s not happening, until it happens to you.