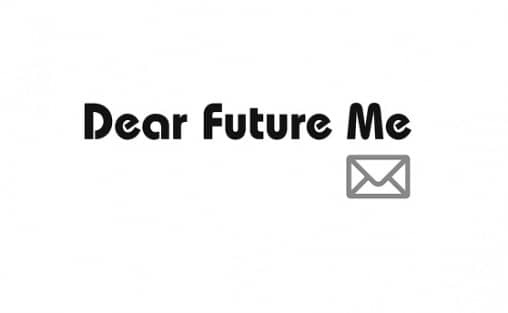 When I was fourteen I had a lot of ambitious, unrealistic and thought-consuming plans for how my exciting future was going to unfold.

They were the reason why I didn’t focus on math or science or English or history or gym or school (in general). My obsession with the soon-to-come portion of my existence probably had something to do with the fact that my mom is really into psychics and spent our life savings on regular family palm readings. These so-called fortune tellers would take a good, hard look at my wrinkles, whip out a couple of tarot cards, have me drink some gross-smelling tea and then tell me that I was destined for greatness in… whatever career I was going to choose.

Was it… nursing? Teaching? Lawyering? Their guesses were plentiful, and because of my loud voice, big eyes, and penchant for attention-seeking they would also toss PERFORMANCE onto the pile. When they hit on that gem, I would be all, “yeah. Obviously.  I’m going to win ten Oscars and walk the red carpet and be the next Molly Shannon. HELLO. I KNOW THIS. DON’T NEED TO TELL ME.” They would nod along, agreeing completely, and then promptly ask my mom for $80 in cash.

Looking back, I wish I still had the confidence in my skills/abilities/dreams that I had as a naive, saucy twelve-year-old girl who hadn’t yet been jaded by the Industry of Life. Who had no concept of what a mutual fund was or how important it would become. All I knew were my favourite TV characters, my make-believe boyfriends, TLC (both the band and the phrase), and my star-studded fantasies of being wildly rich, wildly famous, and smooching the face of Ryan Phillippe.

Among my career goals I set a whole whack of personal goals that were gonna be achieved before my late twenties. Here are just a few of those lofty objectives:

Still be alive
I nailed this one. I continue to breathe and my organs are functioning and from what I can tell I have remained sentient. My grandfather lived to 103 and Jess Jr. was convinced that I would at least make it to 30. She was right. Look at me being not dead. Yahoooooooo!

I will leave my Mom’s place and my friend Tanya and I are going to move in together and remain best friends forever
Sadly, my elementary school pal and I no longer speak. She got married somewhere along the way, popped out a baby, and began disliking me for an unknown reason. Oh, how I miss the good old days of ending relationships because your compadre *possibly* borrowed your lip smacker and never returned it. To be young again! I moved from my mother’s Etobicoke home when I was 22, so I’m ahead of the game on that one. My roommates? Muah. They’re the greatest.

I’m going to marry the only man who I have ever loved ever
My oh my, things have changed. Not only am I not married I most likely won’t be getting married. Do not be sad, reader, it is a choice I have made of my own volition. If my soulmate comes a knockin’ and wants to seal the deal legally, I would consider it, but even then it would probs be a ‘no thanks, but I adore you tons, let’s make out instead.’ It’s funny how one’s concept of love transforms once adulthood hits. After I said the L-word to my third boyfriend I also realized that I have loved more than one dude and will hopefully continue to do so.

My vagina-uterus team will pump out approximately five infants
In the future, the only junk inside my vag will be a menstrual cup, penises, and vibrators. And this one is DEFINITELY gonna stay that way. Adoption is a possibility but giving birth to FIVE BABY SIZED HUMANS? Hell no. I currently reside in condom city with no plans to relocate.

I will either be a movie actor, a TV actor, or a movie-on-TV actor
This is 10% accurate at this point. As the years have gone by my focus has seriously shifted to writing and stand-up comedy. BUT, the actor within me is still kickin’ around occasional shoots. Turns out, I got way more artistic layers than I thought. Also, turns out, I’m more controlling than I thought and controlling doesn’t mesh with acting. I’m still workin’ at my career and establishing myself but I’m finally on the track I want to be on.

I own a house
Hahahahahahahaha! Do you have any clue what the market is like, right now? Please. Maybe after I make my first “million” (AKA I pay off my credit card bill).

My geographical location? New York, New York of course!
Toronto, Toronto has been my home since I was born and although I  continue to have aspirations of moving elsewhere, I have developed quite the stellar life here. I’ve got the greatest friends in the world. I’m pursuing fun shit. My apartment is swell. And goddamn, this city is the best. If I end up here until the end of my days, that sounds like a pretty sweet existence, don’t it?