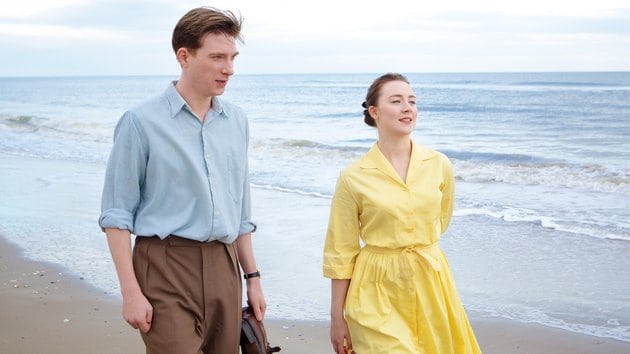 TIFF 2015 Spotlight on Women: Brooklyn tells her story of coming to America

From the title, you may think this film, by Irish director John Crowley, is about hipster trust fund babies who live in Bushwick. Well, it is basically the opposite of that; it tells the story of a young woman who comes to America with little more than the clothes on her back, creating a new life from almost nothing.

Set in 1950s New York, Brooklyn is a rare film, a female-centric diasporic story. Any film student worth their salt is able to name dozens of films about men who leave their homelands to make it in America, but the story of the lone female who does the same – while not entirely nonexistent – is harder to come by. Brooklyn, however, does go there. It chronicles both American and Irish history – those classic stories of emigration or immigration, depending on your standpoint – from a woman’s unique perspective.

We know the important tales of the Irish men who came to North America to work as horribly treated and underappreciated labourers. However, the equally important stories of young immigrant women who worked in shops or as domestic servants are discussed far less. This is why the canon requires more diasporic films like this.

Adopted by Colm Toibin’s novel with a script penned by famed novelist Nick Hornby, Brooklyn centres on Eilis (Saoirse Ronan). Eilis is a young Irish girl who leaves her homeland in search of a better life. She loves her mother and her sister Rose, but, as Rose tells her, she has no future in Ireland. Her town is so economically depressed she can only find a few hours of work in a shop once a week on Sunday afternoons. It’s hardly a life for a capable young woman like Eilis, and so she sails off, hoping for better things.

When Eilis arrives in Brooklyn, she finds a job at a department store and a home at a boarding house for young unmarried women. Soon, she is negotiating the politics of keeping her very involved landlady happy (“No boys in the house, please!”), and learning how to perform customer service American-style. At first, she is realistically and understandably overwhelmed by homesickness. So much so that her new job seems at risk. It’s a lot for one young woman to handle all alone.

Not only must Eilis deal with mourning the loss of her homeland, but for the first time in her fairly sheltered life, she is confronted with significant cultural differences. She is living as a diasporic subject in a new country that is much more diverse than her home in Ireland. After a few months, Eilis meets a dreamy Italian American boy named Tony (Emory Cohen), who becomes beguiled by her at a parish dance. Such a romance may seem completely normal to urbane individuals in 2015 (Eilis and her suitor even belong to the same religion), but bear in mind that Eilis may never have so much as met an Italian person before moving to New York. Not only this, but hostilities between Irish and Italian people were very real at the time, as we see from Tony’s precocious eight-year-old brother, who profoundly dislikes the Irish, believing Irish cops are prejudiced against his people.

Between enjoying a budding romance and taking night classes in bookkeeping, Eilis manages to create the foundations of a happy life in her new country – but is it home? After learning of an unexpected tragedy back in Ireland, Eilis feels pangs of loss once again, poignantly telling Tony, “I’m not sure I really have a home anymore.” Can she come to terms with her attachment to two countries and two very different communities across the Atlantic from one another? Can Eilis ever get to a point where she feels settled? Or will she always feel torn, stuck between two places, feeling as if she truly belongs to neither?

Ultimately, Brooklyn is a touching, educational film about the challenges of building a new life in a new land, a tried and true story that rarely gets told with a woman in the lead.