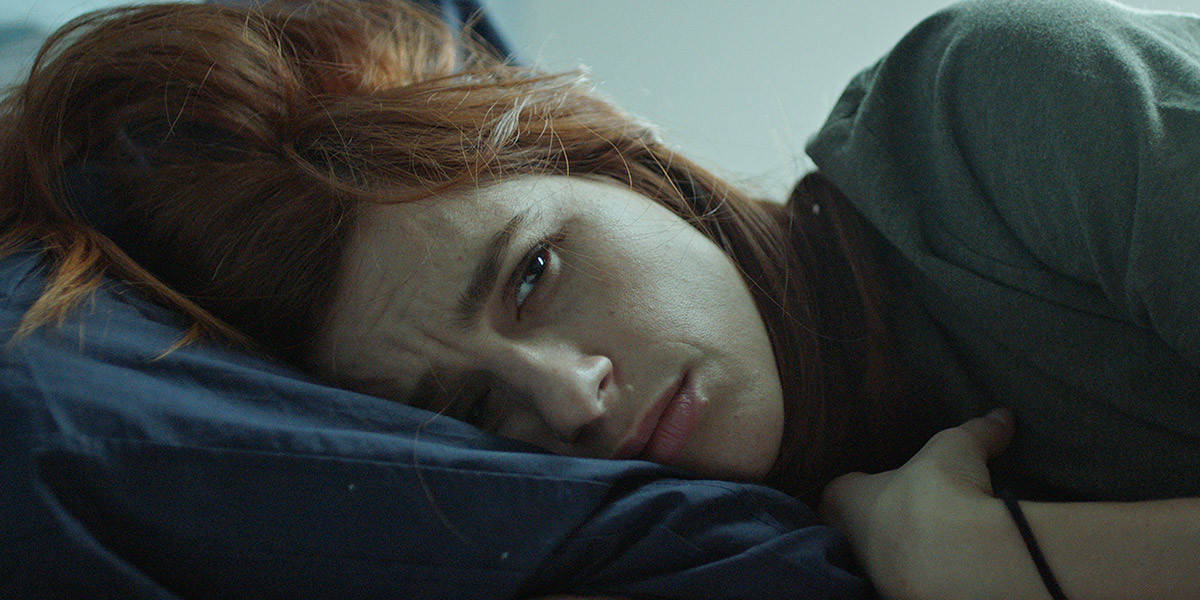 This piece was first published September 8, 2017.

As someone who has struggled with alcoholism, I found the opening scenes of Mary Goes Round to be powerfully triggering. The bruises, the late-night licentious behaviour with strangers, the inability to open a front door at 3AM: watching Mary ruin yet another night was like watching my younger self unravel at Sweaty Betty’s on Ossington. It made me feel sick, which is to say that director Molly McGlynn succeeded in creating a film that accurately depicts a young woman struggling with substance abuse. But this is not your typical drunk-hits-rock-bottom-life-implodes film.

On a call, Molly shares with me that she didn’t set out to write an addiction story: “I wanted to be careful about making something that was didactic because I certainly don’t know,” says Molly, who prefers exploring the grey areas of substance abuse, in which so many of us wade. She also tells me there are chapters in her life where destructive behaviour was on the verge of harmful, but she makes it clear that the film is not an autobiography. “The character of Mary is a really dark exaggeration of the lowest moments of my life. In some ways, it’s me looking at what road I could have gone down if I didn’t have my support structure around me.”

The self-discovery and introspection of Mary–finally waking up to the reality of her addiction and peeling off the layers of denial–is played out with subtle brilliance by Aya Cash. Her character is one of the many frayed strings that makes up the tangled netting of a family in crisis.

The most compelling drama in this film is between Mary, her ailing and estranged father, and her younger half-sister. “I have a complicated relationship with my family,” says Molly, who explains that the idea for the script was born out of wondering what kind of circumstance she could imagine being put in with her family, and how that might play out. “Like any film or creative work, there’s part of a person in there…there are a lot of emotional truths for me in this film.”

In 2016, Molly was accepted into the Canadian Film Centre’s Features Program and awarded a grant from Telefilm’s Micro-Budget programme and the Harold Greenberg Fund. Mary Goes Round was one of the buzziest homegrown films at TIFF 2017–an exciting and rare honour for a first-time feature filmmaker who created worked with a micro budget.

Curious about her creative process, I ask her how she wrote the film. She says, “I like to say that I like working in burning buildings; I write to necessity, either emotionally or a deadline.” What she began with was different than the film, and she credits this to a lot of variables, most especially the hard-to-hear advice from one particular colleague who said, “You’re protecting people. It’s not going to be a great film until you stop protecting people.” While the ideas had been sitting with Molly for years in her subconscious, she knew that on paper, she had to get more uncomfortable and more ugly.

“I made this film for a lot of reasons. In some ways, it was about putting things to rest–things I’ve grappled with–and I feel extremely vulnerable. But the most important thing is that I have the right to show my affected experience of the world.”

Mary Goes Round reveals the truths we might discover if we can push through our fears and explore our destinies–the could haves, the would haves and the what ifs? It’s a difficult exercise, but Molly has succeeded in giving audiences a nudge to step into the muck without glorifying the pursuit. Real life isn’t pretty, but there is beauty and humour even in our painful hours.

Mary Goes Round is playing at Cineplex Cinemas Yonge-Dundas and VIP from March 30 to April 3, 2018. Get showtimes here.