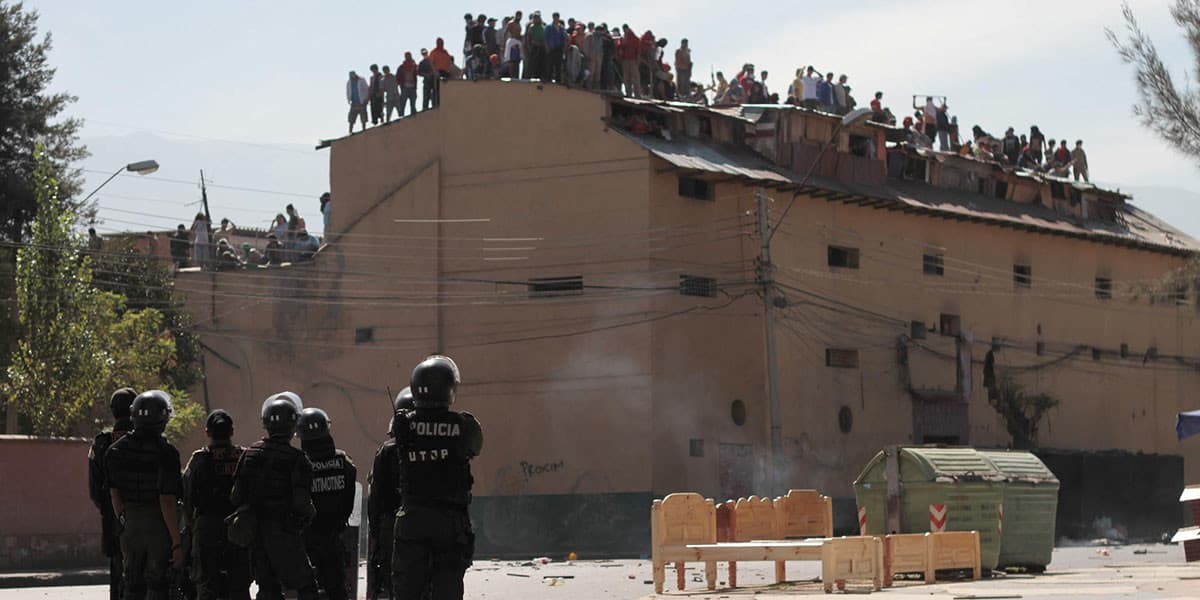 Violeta Ayala grew up in Cochabamba, Bolivia, where coca powder dusts the streets and the cocaine industry is part of everyday life. One of Violeta’s earliest memories is of going to the market with her grandmother and watching cocaine being sold by the pound. The business of drugs was ever-present in her childhood, as was the war on drugs. “I saw them from my grandmother’s window, how they came and killed coca farmers, how they were arresting Indigenous women,” she says, referring to the brutality inflicted on her community by the American DEA (Drug Enforcement Administration) back in the 1980s. But her perspective of the cocaine industry – what she has witnessed firsthand – is never what’s presented in media: this is why she made Cocaine Prison.

“I was tired and fed up. Everything coming from Latin America was about Pablo Escobar and BANG-BANG-BANG,” says Violeta, motioning guns firing off with her hands. “I was sick of the dehumanization of people south of the border. Even in the series Narcos, the white cop is the saviour, and we’re soulless humans who don’t care about getting killed, or killing.”

Determined to tell another side of the story, Violeta bravely infiltrated the San Sebastian Prison in Cochabamba as an English teacher. She did this to capture the stories of the inmates, or the Indigenous people of Bolivia, whose jail time could be categorized as arbitrary bad luck and represents a corrupt system that enables the cocaine industry to thrive.

At first, most of the filming took place in one prison room, but then the team had the idea to give the prisoners cameras to do their own shooting. “They didn’t know how to deal with their circumstances in prison, but they knew how to tell their stories. In a sense, I think that empowered them,” says Violeta, who admits she met both the best and worst of humanity while making this film. “I had to learn to temper my own character, my own beliefs. I learned that we are all human beings and that I’m no one to judge in that moment.” 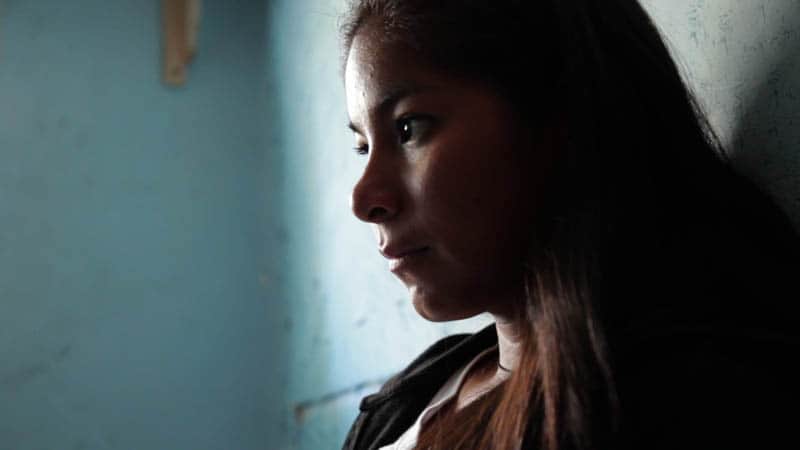 While much of the film takes place inside the prison walls, Cocaine Prison also shows life in the farming communities surrounding Cochabamba, where children jump into piles of cocaine leaves, the same way kids in Canada jump into autumn leaves. “This is a profitable crop – one of the most profitable crops in Bolivia, Columbia and Peru. Some people come out of poverty, make cocaine and get very rich, but that’s not the story of the majority.”

To show this side of life, Violeta follows Daisy Torres, a young woman who she met outside the San Sebastian Prison while Daisy was visiting her brother, Herman, in jail. We meet Daisy’s entire family, and learn of Herman’s predicament. “The majority are like Daisy: because of the coca crop, her father could actually send his children to school,” says Violeta, who explains how the cocaine industry helps lift families out of poverty and enables them to get an education. “To grow a certain quantity of coca is legal, so they’ve done nothing illegal.”

While Daisy’s family uses the money from their coca production to put food on the table, they are not the ones profiting from this industry. “A kilo of cocaine in Bolivia costs $1000, and that same kilo costs $300,000 in Australia. Who’s making the money? Everyone is a victim except the politicians and big traffickers and banks.”

As someone who binge-watched Narcos on Netflix and more recently El Chapo, I can understand why Violeta is determined to show another side to the story. “I wanted to show this life from a different perspective, the one I’m familiar [with], and from a place of questioning. I can’t see real, long-lasting democracy in Latin America until we end this war on drugs. It runs on corruption; the systems are insidious and have harmed far too many people.”

The result of Violeta’s mission is a passionate, compelling and fascinating documentary that will push audiences to explore the idea of a legalized drug industry.