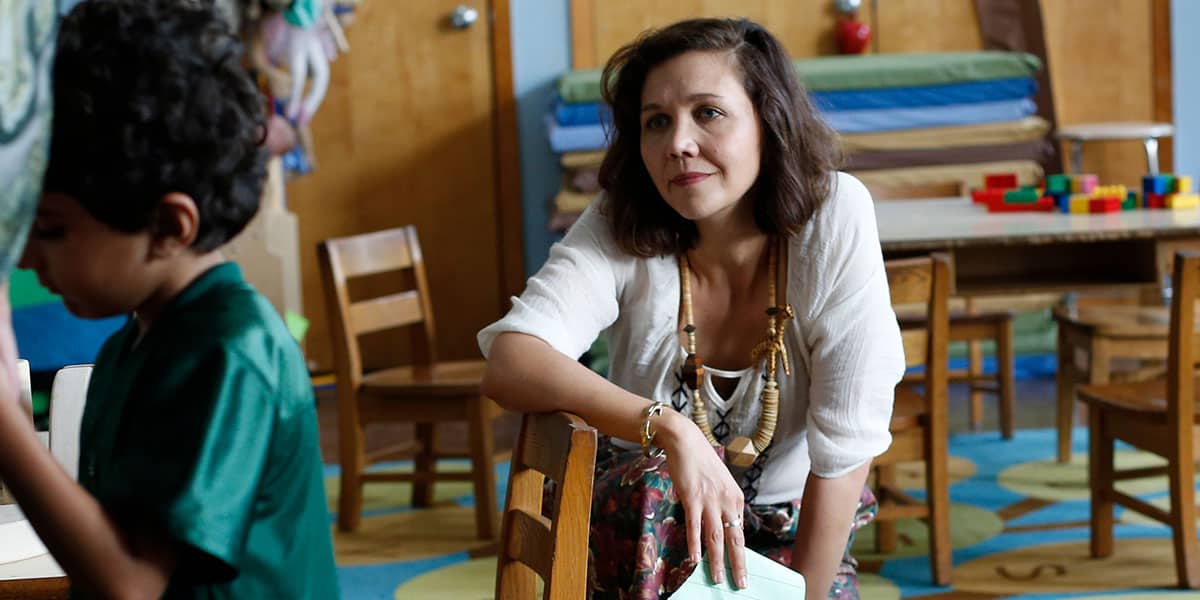 #TIFF18: The Kindergarten Teacher Takes On Classism and “Good Taste”

Classism can be a subtle sort of prejudice, but it’s one filmmaker Sara Colangelo depicts in complicated detail with her new film, The Kindergarten Teacher. Classism is particularly pernicious because it’s so easily denied. A common way snobbish elites justify their contempt for people who don’t come from moneyed backgrounds is to hide behind the mask of “good taste.”

It’s a dangerous concept that suggests some aspects of culture—be they culinary, academic or artistic—are better than others. And yet who gets to decide what is “high culture” and “low culture?” Conveniently for them, it’s usually the middle and upper-classes who anoint themselves the arbiters of good taste. Why is beef tartare considered more gourmet than a hamburger? Why are Harlequin romance novels dismissed as trash when Shakespearian love sonnets are celebrated as masterpieces? Because white people with money made it so!

Lisa Spinelli, the movie’s titular kindergarten teacher, is portrayed with brilliant nuance by Maggie Gyllenhaal. Lisa dreams of being an accomplished poet. She self-identifies as an intellectual and feels stifled by her suburban life. She rails against her children, who rarely read and prefer Instagram to old-fashioned photography. She worries soon the whole world will be too busy playing video games to appreciate the paintings and writing Lisa considers to be real art.

Everything changes, however, when Lisa discovers her five-year-old student Jimmy has a prodigious ability to compose poetry. Soon, Lisa has a new mission: instead of becoming a world-famous poet, she’ll mentor one.

Lisa’s self-important belief that only she is qualified to nurture Jimmy’s talent is a perfect example of classist snobbery. She believes that knowledge of art entitles her to cross boundaries a teacher should never cross. While Jimmy’s family has money, Lisa turns her nose up at how they have it (Jimmy’s dad owns a nightclub). Soon, she finds fault with everyone around Jimmy. Lisa balks when she learns Jimmy’s nanny, Becca, used to be the coat check girl at his dad’s nightclub. She cruelly refers to Becca as “a bad influence.”

The central conflict in the film is Lisa’s objections to Jimmy’s father’s pragmatic approach to parenting. A hard-working newcomer to the United States, his preference is for Jimmy to have a “normal” childhood and grow up to be a “practical” person who earns a good living; however, Lisa refuses to respect the worldview of a man who makes a living from selling booze and playing Top 40 hits.

Thanks to its deft direction and atmospheric cinematography, The Kindergarten Teacher is a masterclass in filmic tension. The movie may be a hyperbolic take on snobbery, but Lisa’s convictions echo plenty of elitist viewpoints we encounter every day. She’s the more extreme version of the aunt who insists “smart girls shouldn’t watch The Bachelor” or the high school boyfriend who thought you were lesser for preferring pop to alternative rock.

Brought to life by an arresting performance from Gyllenhaal, Lisa’s behaviour is consistent with that of countless university-educated, middle-class white people, so-called intellectuals who mistake their taste for good taste. Ultimately, The Kindergarten Teacher is a bold film that refutes classist notions of high and low culture by creating a villain whose bad behaviour is directly inspired by “good taste.”

Don’t miss this movie when it makes its way to Netflix on October 12.