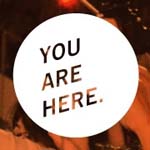 The TIFF flurry is blogged and photogged out the wazoo, but the best way to stay on top of up-to-the-minute gossip and reviews is to follow some key folks on Twitter. Whether your focus is the films, the talent, or the parties, these handles have you covered, and will provide a comprehensive view, from the sublime to the ridiculous (which are often the same thing.)

@Cameron_TIFF Cameron Bailey is the artistic director of TIFF, so he’s the man whose opinion you want when it comes to the films.
Sample Tweet: “Happy #TIFF12, Toronto. Thanks for loving movies so hard and so wisely. The world is watching.”

@debgee PR ladies are always dialed in, and Deb is the leader of the pack.
Sample Tweet: “Not going to lie. Working with Bruce Willis today is a career highlight.#Looper #ALLTIFF“

@etalkctv Up-to-the-minute info on where all the celebrities are, and when, and why, and what they’re wearing.
Sample Tweet: “*STAR SIGHTING ALERT* Kirsten Dunst and Garett Hedlund arrive in Toronto for TIFF #etalktiff12http://instagr.am/p/PPtkSWgkZ_“

@KatieBoland An up and coming young actress with a great take on the festival scene.
Sample Tweet: “mike is going #WakaFlaka hard in the paint tonight….#TIFF“

@LaineyGossip Canada’s resident Gossip Girl, Lainey has the celebrities in her sights, and on her site.
Sample tweet: “I rode the elevator with a great lingering scent. Someone told me it was Joseph Gordon-Levitt. True story? #visatiff“

@natashankpr Another PR wonderwoman, Natasha Koifman is a lady to follow.
Sample Tweet: “10 Causes for 10 Days of #TIFF12! Today, we are donating $1 for every new @natashankpr follower or RT to @CampOoch !#NKPRIT12“

@RichardCrouse TV personality and cinephile who always keeps it engaging.
Sample Tweet: “Joseph Gordon Levitt just told me he loved my shoes. I told him I loved his movie. @VisaSpotlight #visatiff“

@shedoesthecity Have you SEEN this video? Follow us for all things #TIFF and #GLAM, #DUH!
Sample Tweet: “Champers, bronzed bodies, gold dust and ALL ACCESS: Becca and Jen’s Absolutely Fabulous ALTER EGOS do TIFF 2012”

@shinangovani Beloved gossip columnist Shinan always knows where the A-Listers are, first. And we love him for his wit.
Sample Tweet: “Email just arrived that Serena and Venus won’t be at the world-preem of their doc as “as they are focused on the US Open.” OH, THAT? #TIFF12“

@SiSiTravels Blogger-about-town SiSi Penaloza manages to be in a million places at once, tweeting about everything from PR to parties to performances.
Sample Tweet: “Cranston! Hendricks! Harrelson! @Strombo! Reitman reveals leads in American Beauty live-read http://ow.ly/dv05d #TIFF12“

@strictlyrobsten
OMG. Where is Kristen? Is she wearing Rob’s tshirt? Can Rob sense her all the way from the VMAs? Will he crash the On the Road premiere? OMG BREAKING DAWN TRAILER OMG!
Sample Tweet: “Kristen at TIFF, new interviews, Rob at VMAs, new trailer. Today is going to be a good day! Who’s excited to see what they’ll wear?!”

@TIFF_NET These is the official TIFF Twitter handle, and they have the scoop on the whole festival, as well as contests and free screenings!
Sample tweet: “Did you know you can watch press conferences live on http://live.tiff.net? Presser for LOOPER that just took place http://ow.ly/dwcJ3“