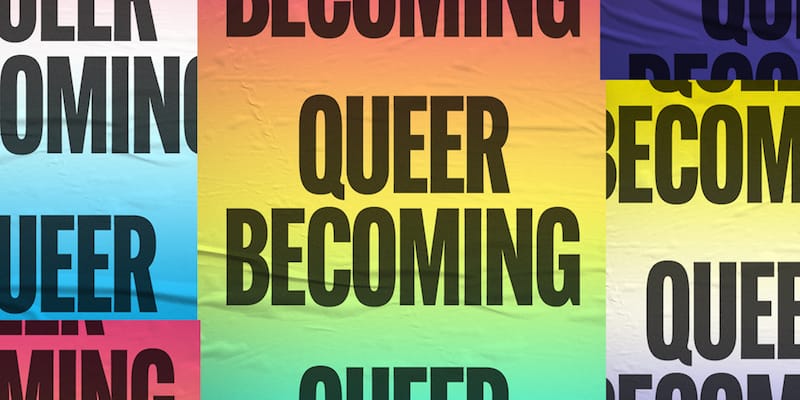 "It feels empowering that a group of LGBTQ+ staff from different departments across TIFF were given space to choose films that reflect our lived experiences."
Film

"It feels empowering that a group of LGBTQ+ staff from different departments across TIFF were given space to choose films that reflect our lived experiences."

TIFF’s LGBTQ+ Community Cluster is a diverse group of staff from various departments that have come together to curate a month-long series of programming that includes virtual events and a beautiful collection of LGBTQ+ focused films that you can rent on the TIFF site starting June 4th.

“It feels empowering that a group of LGBTQ+ staff from different departments across TIFF were given space to choose films that reflect our lived experiences. The ten of us collaborated closely to select films that highlight LGBTQ+ talent in front of and behind the camera, ” says Keith Bennie, who is the Director of Audience & Community at TIFF and member of the organization’s LGBTQ+ Staff Advisory Committee. “We’re thrilled that audiences can enjoy this diverse selection on digital TIFF Bell Lightbox at home during Pride Month!”

We’re thrilled too and think that the theme of “Queer Becoming” offers a refreshing perspective that feels exciting and joyous. “We call the overarching theme, Queer Becoming – highlighting stories that resist a ‘coming out’ narrative and instead focuses on the process of ‘coming in(to)’ queer identity, queer community, or queer family,” explains Bennie.

Start planning your at-home viewing event…all of these titles are available as of June 4th.

A father (Steve Zahn) and his adoring young trans son (Sasha Knight) take to the Montana wilderness to get away from the boy’s transphobic mother. Rental includes a special introduction from Sasha Knight.

A young boy who feels like an outcast runs away from home to find his estranged mother, meeting a colourful cast of characters along the way.

After her partner of 30 years is jailed, a woman rediscovers herself and her identity, in Paraguayan director Marcelo Martinessi’s debut feature.

The legacy of Billy Tipton, a 20th-century American jazz musician and trans icon, is brought to life by a diverse group of contemporary trans artists.

The latest from Wanuri Kahiu charts a precarious love story between two young Kenyan women in a society where homosexuality is banned.

Sebastián Lelio’s 2017 drama follows a young trans woman struggling with both her own grief and societal prejudice after the death of her older lover.

A closeted Korean American teenager, desperate to support his struggling family, finds work at a Korean spa — where he experiences both fear and a strange thrill as he discovers his own sexuality.

Dee Rees’s 2011 narrative feature debut, about a teen claiming her identity as a lesbian, remains a revelation nearly a decade since it first screened at TIFF.

See full collection of films to rent on TIFF here, as well as events organized for Pride month here.

Books About Queer Joy, Love, and Community, to Celebrate Pride