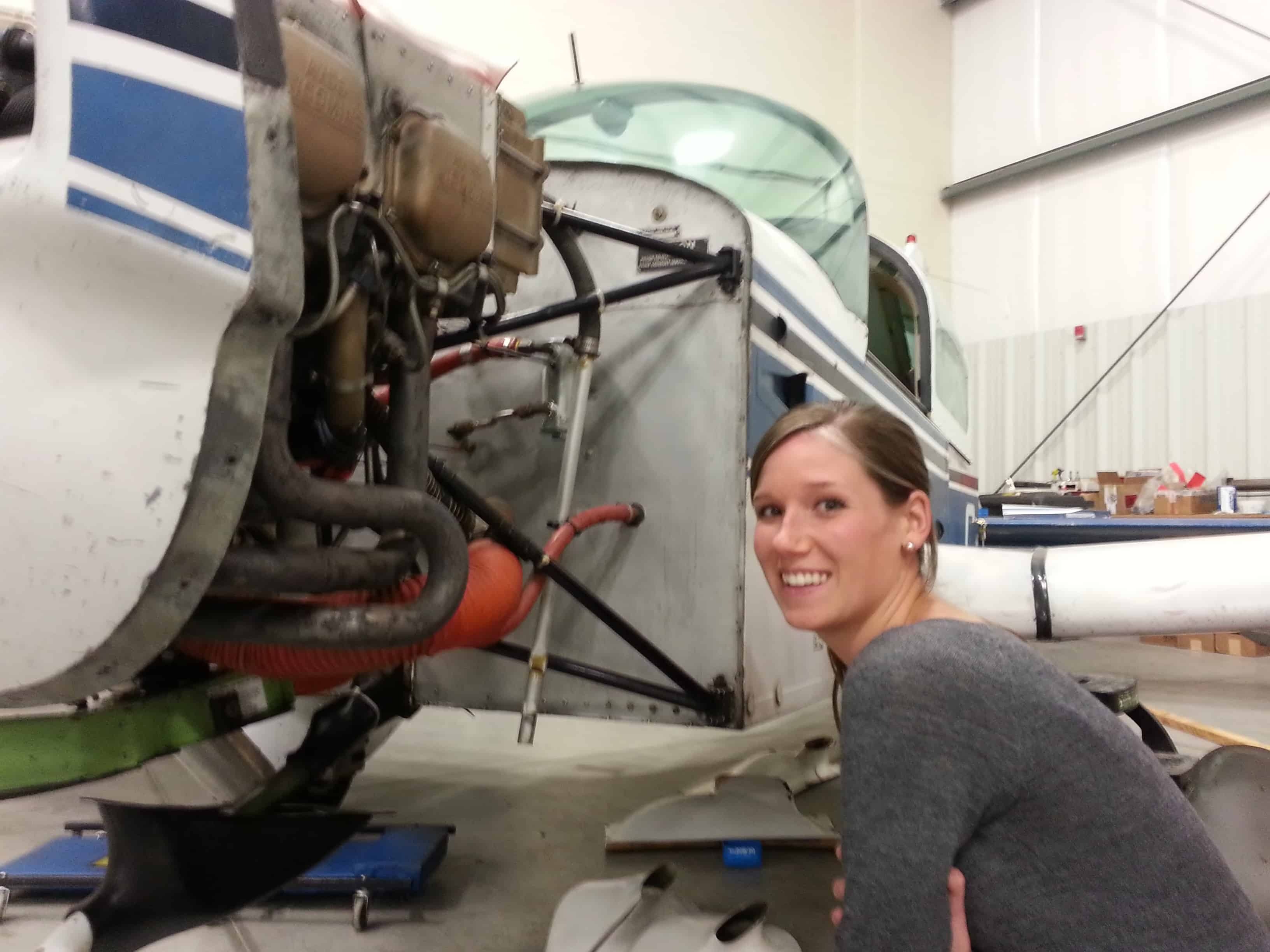 Tinkering: The Mother of Invention – Pt. 1

I am currently reading ‘East to the Dawn’, a biography of the courageous Amelia Earhart. 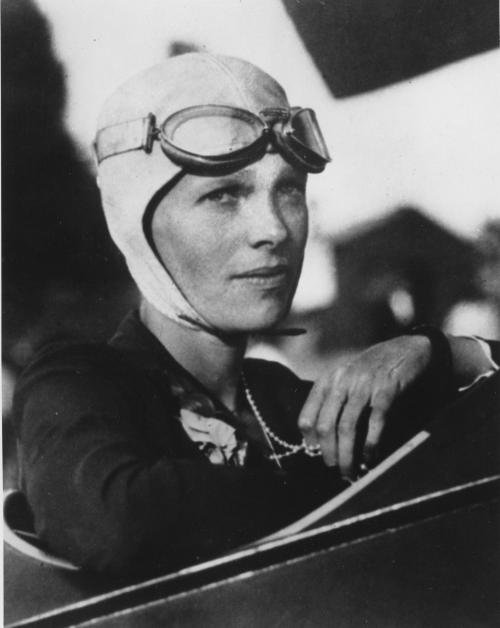 She is well known as an aviation pioneer, but also influential in the formation of the Ninety Nines (a worldwide community of female pilots), and an advocate for women in non-traditional roles. Her spirit of adventure, commitment, and self-reliance are fascinating. While I knew of Amelia as a pilot and a trailblazer, I knew less about her curiosity and desire to build things. I learned, for example, that she constructed her own wooden roller coaster.

I began to wonder, rather than buying something, how many women first try to fabricate it? Have you ever tried wiring electronics in order to light up an LED? Or assembled a water gun out of PVC pipe and recycled pop bottles? When was the last time you made something with your own two hands?

The philosophy of maker culture is as simple as that; design, build, and prototype on your own.

I have always been interested in ‘building’ things. I can trace this enthusiasm back to playing with Lego, making crafts, even making new outfits for my Barbie dolls. I then graduated to more complex hardware repairs, like fixing the TV remote controller. I was absolutely compelled by the process of creating. I loved thinking through how the components were interconnected, and envisioning the end result.

Later, I learned about product design and manufacturing after enrolling in an engineering undergraduate degree. I joined the University of Calgary’s solar powered car project; which presented an opportunity to build and make on a much larger scale. I spent nearly two years with a team designing, prototyping, integrating, and testing a fully functional solar powered car that I drove (along with two other drivers) from Austin, TX to Calgary in a North American Solar Challenge. 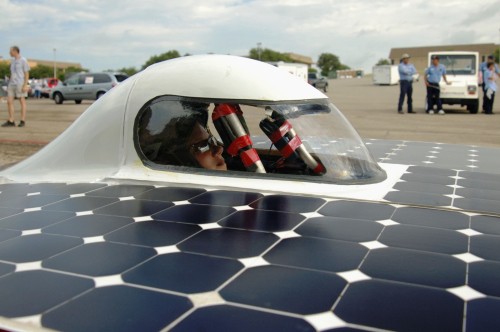 At my first internship at NASA’s Goddard Spaceflight Center, a mentor instilled an appreciation in understanding how hardware and electronics fail in order to understand how each works. It is so much easier to visualize how hardware works when broken down into smaller pieces. You can appreciate how each part contributes to the whole and how they exist together.

I learned to see failure not as a stopping point but as an opportunity to learn and ask questions.

This is something you can experiment with at home. Take a look at technology in your everyday life and ask yourself how it works or where it came from. Have you ever taken apart an old cell phone and looked at the electronics on the inside? With access to information on the internet now, it really is easy to learn and understand exactly what those components are. You will begin to appreciate hardware and electronics on a different scale and how the smallest aspect of a design can influence functionality.

Even DIY projects and crafts require this progression at some level. Engineering is not a requisite to experimenting, building, and design. And the beauty in the maker process is that it certainly does not require vast and expensive resources. It simply requires you to try, whether you are successful or not.

My interest in tinkering, experimenting, inventing, and exploring is driven by curiosity and a desire to understand how the world works. I love to use innovation and creativity to find solutions to complex problems, because I understand the positive impact that transformative technology can have on society.

This type of technology can range from robotics that aid surgeons while performing brain surgery to even something like Google’s self-driving car. Invention and creativity can revolutionize the way we live and work.

Now, just imagine the impact if we encouraged more of a massive resource (women) to build things that make a difference. There are remarkable young women around the world who are leading the maker revolution and have stepped out of the passive consumer role into active creator roles. 15-year-old Ann Makowski invented a flashlight powered by heat from a human hand or Sara Chipps, who founded Girl Develop It and is now creating wearable technology through Jewliebots. 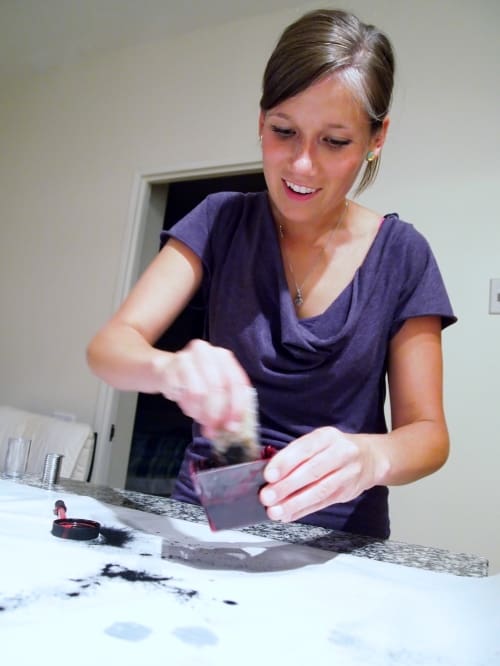 I want more women to build, invent, and try experiences removed from their comfort zones.

You absolutely do not have to be an engineer or work in an industrial environment to appreciate engineering, hardware, and manufacturing. Most items we use on a daily basis require at least one, if not all three of these in order to exist. A toaster, a vehicle, or even clothes for example all progress through a sequence of concept development, design, prototyping (proof of concept), manufacturing, integration, and testing.

It is critical for me to inspire people to be makers and inventors, rather than mindless consumers. The result? Empowerment by learning through doing and sparking real creativity.