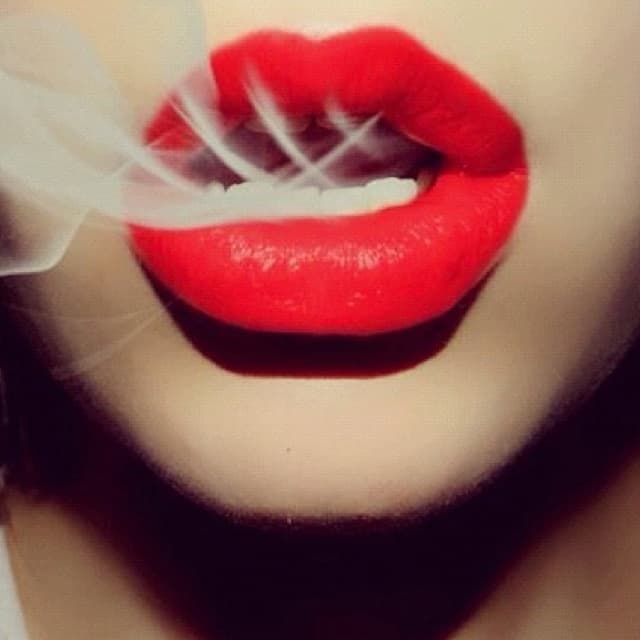 Vivian felt nervous. Her legs itched from mosquito bites in the park. Her nail polish looked cheap with chipped continents of red polish. The ripped Levi shorts she bought on sale last weekend felt tighter than usual. What if I fall down the stairs today? What if I never wake up? Questions cornered her into a place of fear. It wasn’t irregular for her to feel like this. She had anxiety. The kind of anxiety that made her wonder about death a lot. Did her friends still like her? Hate is a strong word; but she knew she had behaved badly in the chaos of weekend partying. Her memory had played tricks on her. Vivian knew that. But she didn’t know how to ask for help the way her friends did. She blamed chemistry. Her genes. The drugs. The weather. Crappy WiFi. The list went on.

At first her problems had been cured with alcohol. In the afternoon, when her nerves gave her rashes and pimples, she poured herself a glass of wine like the other women did. It’s normal to feel this way, right? Wine usually did the trick. One glass. Two glasses. Maybe four glasses. But after a while, her anxiety turned numb. She couldn’t remember things. Not the way she would have had she not drank. As weeks marched forward, her anxiety introduced her to new worries, fears and shadows. She lost track. Didn’t care anymore. Work felt harder to go to, so she stopped showing up all together. Her original dream to become an art consultant would have to wait.

Compared to her friends, Vivian always knew her anxiety was a different type of fucked up. Her friends complained about salary, asshole colleagues, half-hard dicks and sun burns. Vivian stressed out about dying, disappearing forever and never waking up.

She relied too heavily on her parents to help her get through “this bump in the road,” as her father tried to describe it. A bump in the road. Seriously, Dad? That’s when her mother recommended she try therapy.

“There’s no harm in trying, Viv. It could be good for you.”

Whatever, she thought to herself. If this was rock bottom, the only further down she could go was hell. She needed help, and if her mom was willing to pay for her therapy, then fine: she’d do it. So Vivian went to her first session.

Dr. Nathalie Olsen always greeted Vivan with a warm smile. She had dark red hair and was relaxed in a way that was rare in Toronto. In her first session, Dr. Olsen told Vivian that she could call her Nat if she wanted. Vivian liked her immediately. She wasn’t in the mood to bullshit, so Vivian fully disclosed the severity of her anxiety problems early into the first hour, specifically her obsession with death. Dr. Olsen listened; something that Vivian really appreciated. Her friends and parents listened, but Dr. Olsen listened like nobody else she’d ever met before. Their chemistry was different. It felt good to be with Dr. Olsen.

After a few sessions, Vivian was curious to learn more about the therapist that knew so much about her. Did Dr. Olsen live on the west end? Have kids? A husband? So often, Vivian imagined the type of life her therapist lived outside of the walls of their mint green safe room. She probably has a deck with fucking expensive furniture. Vivian’s imagination ran wild.

It became obvious that Vivian had a crush on her therapist. She had never been with a woman before. Are my feelings even real right now? Vivian didn’t know. But she was eager to do something about it. It didn’t really make sense, but Vivian wanted to fuck her therapist. If she could do this, she could overcome the nerves that shackled her to the bed in the morning.

Before her therapy session one day, Vivian started drinking. She felt apprehensive. Her stomach was filled with butterflies that made her feel like a teen again. Behind a stack of old books, she reached into her hiding place where she stashed cigarettes, lighters and a bracelet her grandmother had given her when she was seven. Smoking a cigarette felt rebellious and absolute necessary for the afternoon of lesbionic activity ahead. Lesbionic is a word right? The smoke filled the roof of her throat. Before leaving her house, Vivian quickly brushed her thick blonde hair into a half bun, throwing a pack of gum into a vintage purse she bought for $12.

Riding her bike to Bloor and Christie, Vivian repeated to herself: Breathe, remember to breathe. Slower. Slower. Breathe. Breathe. You’re almost there. Don’t be scared. You can do this.

Vivian’s appointment began at 7:45pm, the last therapy session of Tuesday afternoon. She didn’t know exactly how she was going to make the first move, only that she wanted to do it.

“Come in Viv!” Dr. Olsen shouted from her office.

“Thanks, I just bought it!”

Vivian’s body felt fuzzy and warm; confidence was easily mistaken for intoxication. She did her best not to slur her words; despite feeling an overwhelming tipsiness that radiated from her entire body. Her body temperature began to cool once she sat down. Vivian made sure to cross her legs to stop them from shaking.

She could feel her heart beating, a little louder than before. An intense wave of fear hit her like a giant meteor. Oh god, I’m going to fucking die. She struggled to catch her breath. Slowly, Vivian reclined on the couch to stare at the ceiling. Startled, Dr. Olsen jumped from her seat to help Vivian who lay crippled with fear.

“Viv, you’re having a panic attack. I need you to breathe in and out, very slowly.”

Vivian stared up into Dr. Olsen’s eyes. Now is your chance! Do it! Vivian raised her head upwards, kissing Dr. Olsen who froze in total shock. Dr. Olsen’s lips were soft, not like the ones she had kissed in her early twenties. Her eyes closed, Vivian drew her therapist closer, pulling her arm to straddle her on the couch. For the first time since her therapy had started, the room fell silent.

Dr. Olsen gently guided Vivian as if her therapy session had turned into a Lesbian 101 course. Undressing a man had always been pretty easy, but a woman? There were clasps, buttons, little zippers and undershirts. Vivian couldn’t even take off her own bra without turning it to the front to de-clasp it.

Vivian was now an official explorer. And Dr. Olsen was a land that had yet to be discovered. Meanwhile, Vivian had conquered something of an entirely different sort: her panic attack. High in a state of bold fearlessness, Vivian undressed her therapist with ease. She recognized the buttons, knew exactly where to pull and unzip. Underneath her blouse, Dr. Olsen’s body was thinner than hers, slim like a vegetarian addicted to CrossFit. Her nipples peaked out from underneath her lace Demi bra. Shit, is that the bra I tried on American Apparel? It’s so fucking perfect on her. Vivian thought to herself.

Dr. Olsen grabbed Vivian’s face. “Viv, listen to me. I want you to shut up.” Vivian couldn’t formulate words in that moment. Vivian was so turned on she took charge, slowly kissing the doctor’s neck. Moving her body down, Vivian playfully kissed her way between her tits. Gently, she sucked on the tips of her raised nipples – causing Dr. Olsen to position her body so Vivian could make her way to the southern hemisphere of her panties. UMMMM. What the hell do I do now? Vivian tried to pretend like she knew exactly what to do next. But she hesitated. Dr. Olsen was quick to rescue her from humiliation. Changing positions, her therapist jumped on top of Vivian, shushing her as Vivian tried to speak. “No words. Shut up.” Dr. Olsen unzipped Vivian’s Levis. Staring, like a student in class, she watched her therapist firmly move her hand beneath her panties, now wet from her moment of submission. Her hand was gentle, electric on the peaks of her clit. She could feel her cunt expanding, bursting, with affection. She hadn’t been fingered like this, by anybody, like ever. Closely, as if to tell Vivian’s vagina a secret, Dr. Olsen pushed her tongue up and down. Holy shit. I can’t breathe again. She stared below at Dr. Olsen, who looked up with her big beautiful green eyes.

Her tongue trailed into the untouched territories of Vivian’s cunt, and for a moment she felt like she could breathe again. After a quivering wave of relaxation, Dr. Olsen’s fingers slipped in forcefully. Flustered by her heavy hand, Vivian bit her lip as Dr. Olsen interchanged, one, two and three fingers into her. Pretty soon, her legs became tense from the jolt of energy zapping into her. The therapist circled her tongue into a high-speed propeller engine. HOLY MAMA. DR. OLSEN! Vivian slipped back into the couch, her body burning into a melting pile of sand. For a moment, Vivian imagined she had died as she watched Dr. Olsen eat her out from above. She stared overhead, closely watching Dr. Olsen’s hands as they clutched upwards, bringing her back to life with her tits resurrected forward. The sweat mounting behind her shoulders, she came into climax with a panic attack that erupted between her legs.

“Vivian. Wake up. It’s Dr. Olsen.” Vivian’s eyelids fluttered in the bright light of the room. Someone had turned on the overhead lamp, now beaming into Vivian’s flushed face. Confused, she sat up, fully clothed, calm as if she had died and come back to life. The panic attack had passed; her panties were wet with wonder.

Dr. Olsen grabbed Vivian’s hand, “Viv. You had a panic attack and passed out. Are you alright?”