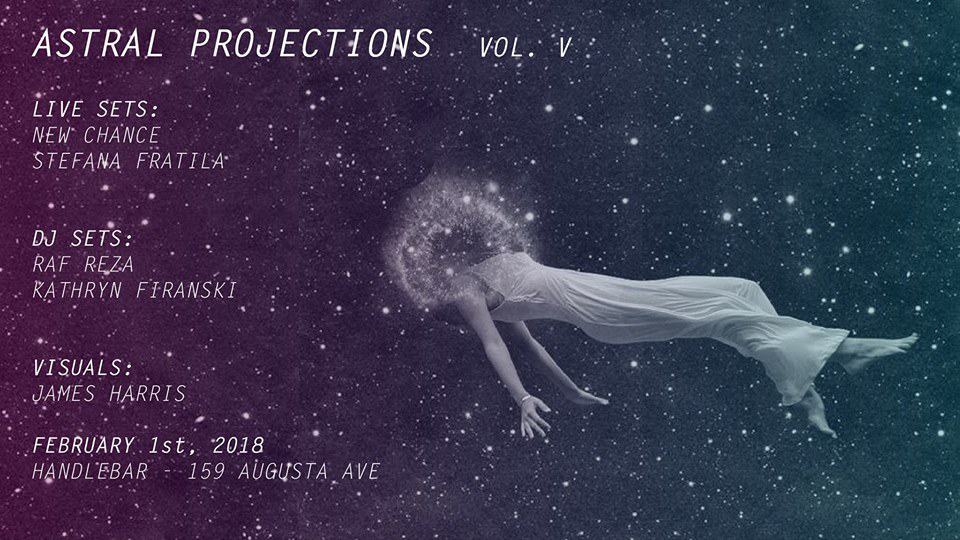 10 pm Witch House @ The Ossington, 61 Ossington Ave. Spooky beats and a groove that will have you feeling witchy. Green beer potions available if you dare!

10 pm Yacht Rock @ The Boat, 158 Augusta Ave. A night of dancing to the smoothest music you’ve ever heard in your life! The Hit Parade DJs play soft rock tunes that fall in the sweet spot between 1975 and 1984. $5 to step aboard.

10 pm Where Does This Disco? @ Farside, 600 Gerrard St. E. A night of mutant and Italo disco, indie electronic, and psych-pop, selected by Digits (of Synthesexer, Silent Shout, Pop Lobster).

10 pm Beam Me Up Disco @ The Piston, 937 Bloor St. W. A disco jam that celebrates the underrated and the obscure of funk, jazz, soul, boogie, rare groove, reggae, gospel, proto-house! It’s an evening of tuneful transcendence, supplied by residents Patchouli Brothers and Cyclist. $10.

10 pm Softcore UFOs @ The Garrison (front room), 1197 Dundas St. W. There’s a strange light in the sky. You feel a sudden chill. It’s that time again: Pat DJ and Tender Buttons delivering past and future weirdo energy, all on vinyl.

10 pm Turning Point @ The Garrison, 1197 Dundas St. W. An evening dedicated to exploring the many tropical rhythms and sounds of the past for the dance floor. Resident selector A Man Called Warwick shares a top-notch selection of Indo, Afro, Latin, Arabic, Asian, Brazilian, Balkan, and Caribbean. $10.