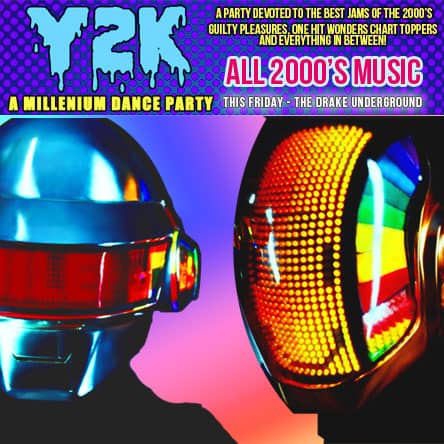 10 pm To Be Announced @ Lost & Found, 577 King St. W. Inspired by a sense of adventure intertwined with the sweet sadness of fading memories, Lost & Found presents a unique space for your discovery. Music by DJ iKHAN. For guestlist and table reservations, email rsvp@lost577.com.

8 pm DJ Skate Nights: Do Right on Ice @ Natrel Rink at Harbourfront Centre, 235 Queen’s Quay W. Sharpen your skates and skills on the Natrel Rink as Toronto’s best winter block party returns to Harbourfront Centre! This week, Do Right Music label head John Kong takes you on a journey through the back catalogue of his very funky, all-Canadian music label. Expect lots of soul, jazz, funk, and a bit of disco!.

10 pm Beam Me Up Disco @ The Piston, 937 Bloor St. W. An evening of inclusive, disco lovingness, soundtracked by transcendent tunes of positivity, and of matchless dance floor magnificence! Joining the jam is vocalist Amalia, a relative Toronto newcomer who has been likened to Chaka Khan and Teena Marie, has been championed by the likes of Q-Tip and Kimbra, and has been dubbed the “First Lady Of Modern Funk.” As always, residents A Digital Needle and Cyclist bring a mixed bag of funk, jazz, soul, boogie, rap, rare groove, reggae, gospel, and proto-house.