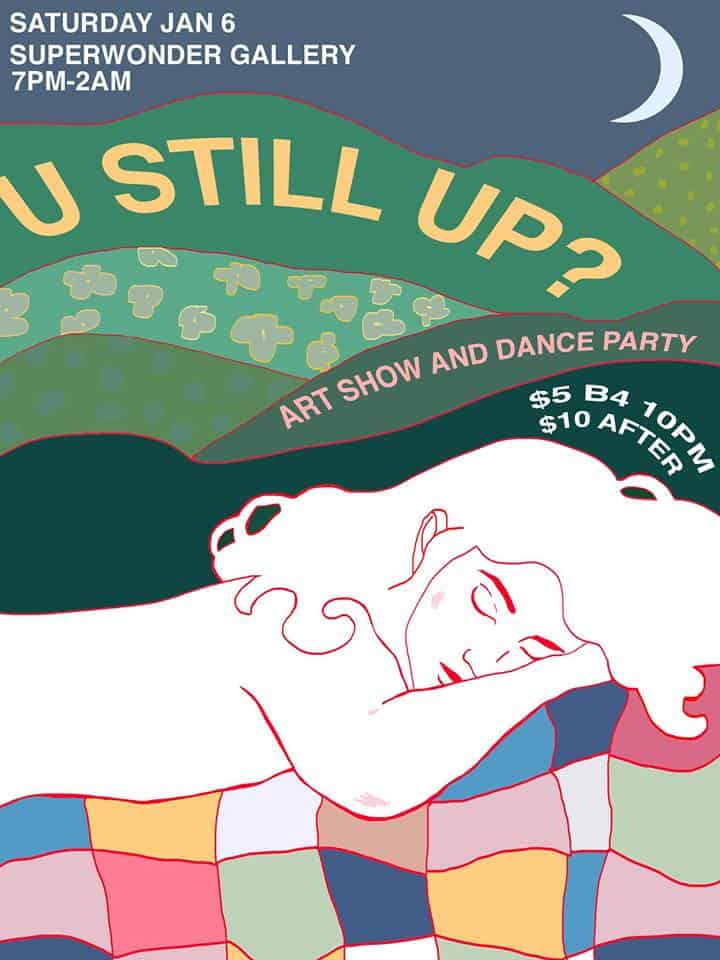 10 pm Bloodbath @ The Ossington, 61 Ossington Ave. Inspired by the blood rave scene from Blade. ’90s techno, goth, and hip-hop + screenings of the Blade trilogy, From Dusk Til Dawn, Lost Boys, and episodes of Buffy.

10 pm Where Does This Disco? @ Farside, 600 Gerrard St. E. A free night of mutant and Italo disco, indie electronic, and psych-pop, selected by Digits (of Synthesexer, Silent Shout, Pop Lobster).

10 pm Ramzi with Raf Reza and Ex-T @ Bambi’s, 1265 Dundas St. W. Ramzi debuts her hybrid set comprising of live and DJ elements at Bambi’s, with support from locals Raf Reza and Ex-T. Deep dubby riddims will carry you through nu tropic soundscapes. $10 before midnight, $15 after.

7 pm U Still Up? @ Super Wonder Gallery, 584 College St. Super Wonder Gallery is featuring a number of female vendors selling art and merchandise and then turning the hell up for a sweet dance party with DJs Jackie Den, Fistina Gaguilera, RALPH, and MADDEE. All ladies, all night! $5 before 10 pm, $10 after.

8 pm DJ Skate Nights: Soul On Ice @ Harbourfront Centre (Natrel Rink), 235 Queen’s Quay W. The World Famous Soul Kitchen kicks off the new year with a little Soul On Ice. Groove along to an evening of soul as Jester and Kid Kut bring the vibes – from Aretha Franklin and Marvin Gaye to Alicia Keys and Justin Timberlake. Skate and helmet rentals available. Until 11 pm.

4:30 pm Bowie’s Birthday Weekend: The Hunger Screening @ Royal Cinema, 608 College St. The Royal kicks off their ode to the incomparable David Bowie with Tony Scott’s neo-gothic vampire classic The Hunger. The film stars Catherine Deneuve and David Bowie as Miriam and John, a pair of vampire lovers who have been together since the 18th century, and now spend their nights stalking New York’s downtown club scene in search of fresh blood. $10 advance tickets available online.