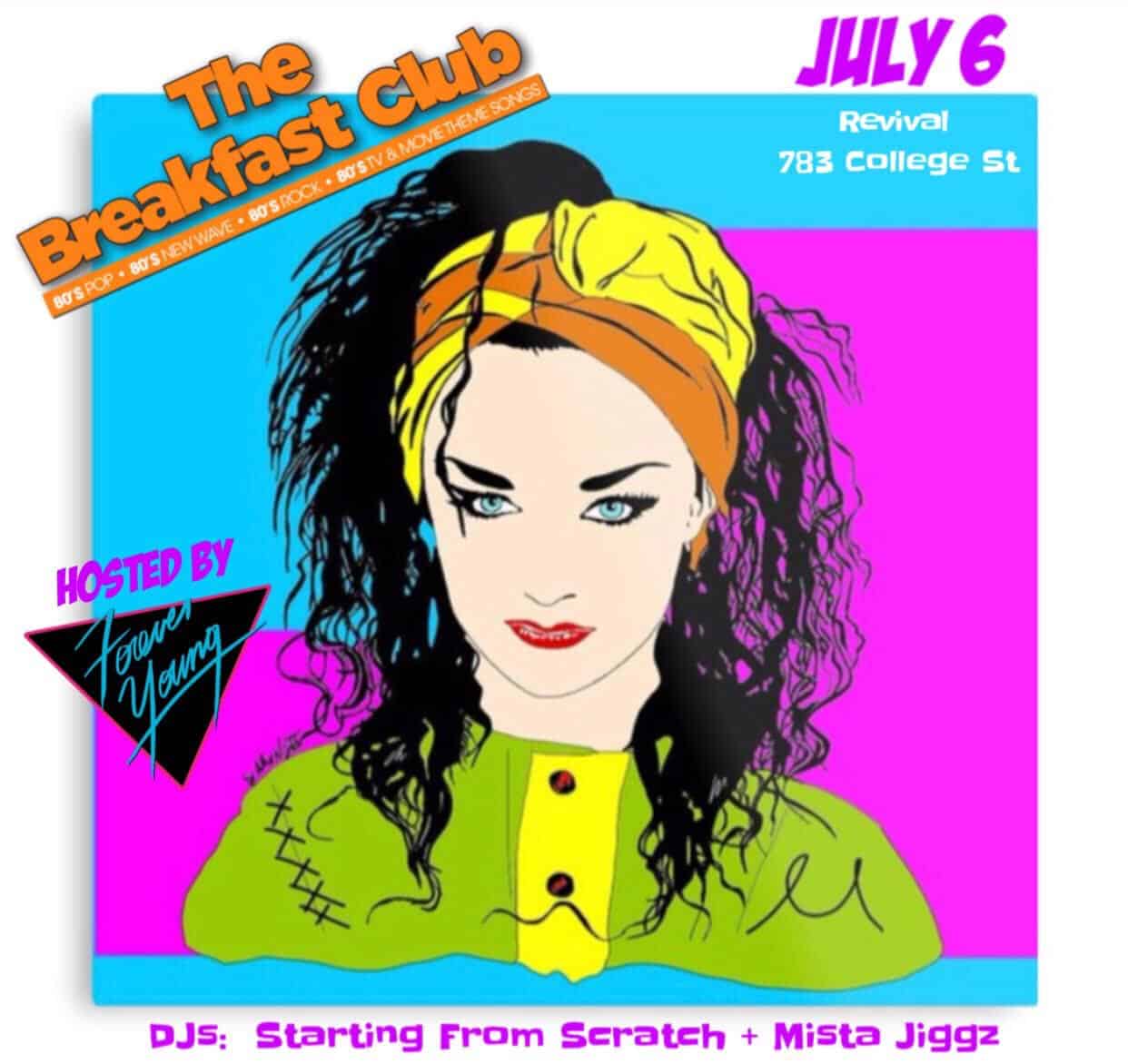 July 6th-7th Afrofest @ Woodbine Park, 1695 Queen St. E. Afrofest is an African music festival that celebrates the beauty and diversity of African music and culture. Featuring established and emerging artists, a marketplace with 80 food and merchandise vendors, and a Children’s Creative Village for toddlers and young children to learn about African culture. Runs 12 pm to 11 pm Saturday and 9 am to 8 pm Sunday.

10 pm Homesick: Emo Night – Blink-182 Edition @ Sneaky Dee’s, 431 College St. Slap on your Dickies and spike that hair up for this very special Enema Of The State edition of Homesick! Relive your teenage angst with all your favourite songs from Blink-182, Taking Back Sunday, My Chemical Romance, and more. $5 advance tickets available online.

10 pm Millennial Falcon @ The Boat, 158 Augusta Ave. A solid 2000s-now party hosted by Yacht Rock DJs Keith and Shandy. All the best bangers of the new millennium! Free before 11 pm.

7 pm Junction Night Market @ The Junction, Pacific Avenue north of Dundas St. W. A community night market showcasing local food, drink, and music in The Junction and surrounding area. Featuring vendors from the weekly Junction Farmers’ Market, local restaurants, breweries, cideries, and distilleries. Tokens are $5 each and are available on site (cash only). Until 11 pm.

10 pm The Breakfast Club: ’80s Music Tribute @ Revival, 783 College St. The Breakfast Club makes its long awaited return! DJ Starting From Scratch and Mista Jiggz playing all your fave ’80s sing-a-long classics + those forgotten gems too! Everything from ABC to ZZ Top. Rock your ’80s tees, hats, bangles, sweat bands, leg warmers, and all the neon colours you have because it’s gonna be a party like other. $15 advance tickets available online.

10 pm Queer Slowdance: GLITTERature Edition @ Dovercourt House, 805 Dovercourt Rd. With a lending library of designated dancers for all the wallflowers, and a dance card-booklet to set up dances in advance (should you choose to), Toronto Queer Slowdance has all slow songs, all night long! (Except for the occasional intermission when they play the fastest songs they can find.) Come and experience why slow is beautiful, and why love is not ironic. Fabulous and inspired attire, while desired, is not required, but you’re invited to adorn yourself with bronzer, shimmer gel, tiny rhinestones, actual glitter, or basically anything shiny. $10.

10 pm The Groove @ Swan Dive, 1631 Dundas St. W. Motown, soul, and rock with Brother Wayne. Dust off your dancing shoes and get your groove on!

3 pm Promise Cherry Beach @ Cherry Beach, 1 Cherry St. Promise’s summer series continues with New York City’s Tim Sweeney, best known for his Beats in Space radio show, which has been running since 1999. Support from Roberto S, Azari, Milch, and Siviyex. All ages; ID for beach bar. $20 in advance and at the gate. Until 11 pm.