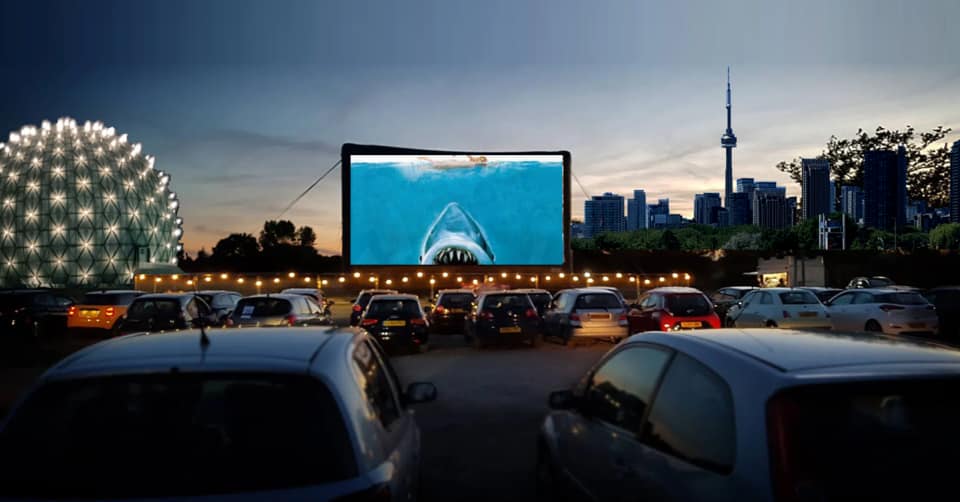 Myseum of Toronto is partnering with Elder Duke Redbird this summer for Ask An Elder, an intimate online experience to engage with, ask questions of, and learn from his perspectives. The sessions will take place via Zoom on Tuesdays and Thursdays (register here).

Toronto International Film Festival’s Stay-At-Home Cinema is a series curated from Crave’s extensive selection of titles, accompanied by conversations with special guests. This week’s film is Blinded By the Light, and will be preceded by a virtual Q&A with director Gurinder Chadha and Cameron Bailey streamed on Twitter, Facebook, YouTube.

Flamingo Market, Toronto’s only independent bi-monthly market for LGBTQ2SIA+ entrepreneurs and makers, is hosting an online marketplace throughout the month of July! Shop a curated selection of makers, artists, entrepreneurs, and service providers from all across Canada and beyond.

In an effort to continue connecting people through art and experimentation, the Museum of Contemporary Art Toronto has created an online platform called Shift Key featuring video and new media works by Deniz Tortum, Kathryn Hamilton, and more.

Paradise may be closed, but they’re still bringing you movies! The theatre has teamed up with some of their favourite boutique film distributors to stream movies through their affiliate links, with proceeds going to both the distributors and Paradise. The films include Kedi, Caro Diario, and Whose Streets?

Shape of the Museum invites professionals from around the world who are thinking about art, audiences, and learning in different ways. Join Christina Olsen, director of the University of Michigan’s Museum of Art, in conversation with Julian Cox, AGO deputy director and chief curator. Register online for this Zoom event.

Summer Music in the Garden at Home

Hosted by the Harbourfront Centre, Summer Music in the Garden at Home is a series of short online concerts that offer a unique approach to accessible classical and world music from Canadian and international artists. Performances take place Thursday at 7 p.m. and Sunday at 4 p.m.

Put your knowledge, senses, and pop culture savviness to the test at Question Everything Trivia, happening Thursday at 7:30 p.m. Hosts Ari Xenarios and Arianne Tong will be quizzing you on all things Disney for a chance to win $25 gift cards and bragging rights. To play, you’ll need to purchase a $10 ticket on EventBrite, nominate a team captain, and tune in here. Half of the proceeds will be donated to Ronald McDonald House.

DJ Lazarus hosts a fun and interactive hour of movie trivia and music Thursday at 8 p.m. on Mixcloud. Test your knowledge of comedy, sci-fi, horror, drama, and other films – then stick around as DJ Lazarus plays your song requests.

A new pop-up drive-in theatre is coming to Toronto! Launching this Friday, Toronto Shines presents the best in live entertainment and current and classic films in a safe and family-friendly setting at the water’s edge of Ontario Place. This week’s entertainment includes comedian/MC Evan Carter, musical performances by Steph La Rochelle and Rory Taillon, and a screening of Rocketman. Tickets start at $89.95 (one car, two people) and can be purchased here.

Curbside Collective (852 King St. W.) is hosting a mini farmers market and street food pop-up on their front patio every Saturday and Sunday. The farmers market will feature one to two vendors from Wychwood Farmers Market from 9 a.m. to noon, followed by a rotating food pop-up from 1 p.m. to 6 p.m. (Note: This is a socially-responsible event. Guests will order from the sidewalk while following socially distant markings on the ground and cash won’t be accepted.)

A uniquely Kensington experience, this open-air market features a diversity of independent artisans and makers from across the city and beyond! You’ll find handmade crafts, jewelry, handcrafted and vintage clothing, and other recycled and repurposed treasures. The market runs every Saturday from 11 a.m. to 6 p.m. at 216 Augusta Ave. Social distancing measures will be in place.

Join VJ/DJs General Eclectic and Mike Luke this Saturday as he takes you on a journey through the 1990s, from Biggie to Bjork, Nirvana to No Doubt, Destiny’s Child to Daft Punk, TLC to ATCQ, Eminem to En Vogue, Mariah Carey to Massive Attack, Portishead to Pavement, Spice Girls to Stereolab, and much more! The party starts at 8:30 p.m. on The Piston’s Mixcloud.

Move the coffee table aside Saturday night, because DJ Blush will have you shimmying and shaking into the wee hours! She’ll be playing the best rock, pop, soul, funk, disco, and psych tunes from the ’50s, ’60s, and ’70s beginning at 10 p.m. on Twitch.