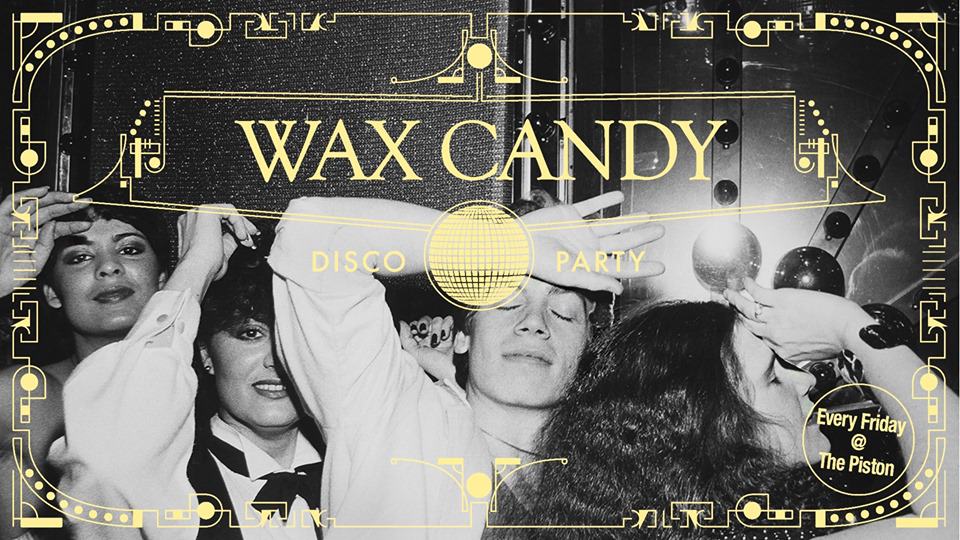 July 11th-21st BRAVE Festival @ Harbourfront Centre, 235 Queens Quay W. Harbourfront Centre’s daring festival BRAVE returns for another spin on what it means to lead a meaningful, multi-faceted life. This year’s iteration of the festival zooms in on “Secret Lives, Second Chances” and uncovers the hidden and concealed parts of ourselves through experiential theatre, immersive art, music, food, and objects.

June 12-14th Lolli: The Exhibit Nobody Wants To Talk About @ Stackt Market, 28 Bathurst St. Lolli taps into the cultural phenomenon of Instagrammable installations shared daily on social media. Learn the meaning behind the tens of thousands of lollipops artistically displayed and help raise awareness for this social epidemic. (Note: This exhibit contains content that may trigger unsettling feelings. Visitors must be 18 or older.) Open 12-7 pm daily.

8 pm Indie Fridays: Chloé Watkinson, Carol Ellyn, Shred Kelly & The Achromatics @ Yonge-Dundas Square, 1 Dundas St. E. Indie Fridays is back for another season of free outdoor concerts featuring some of the city’s emerging artists. This week, enjoy the Celtic sounds of Nova Scotian sisters Cassie and Maggie, the countrified rock of the Devin Cuddy Band, and the serenading songs of Kandle. Until 11 pm.

10 pm Signs Dance Party @ The Boat, 158 Augusta Ave. DJs B BAD and M4RS play all your favourite tunes to make you move. Funk, disco, hip-hop, dancehall, reggae, trap, throwbacks, top 40, mashups, RnB, Motown, and who knows what else? Free before 11 pm, cover after.

11 am Bloor West Street Fest @ Bloor West Village. Enjoy a day of walking through Bloor West Village! The festivities will include a sidewalk sale, specialty-themed side streets, an artisan night market, buskers, and the President’s Choice Superdogs. Until 10 pm.

11 am The Summer Market @ Northern Contemporary Gallery, 1605 Queen St. W. A collaboration between the Parkdale Flea and Toronto Designers Market, The Summer Market brings together 80+ local entrepreneurs in the west end. Find the city’s best and most unique products spread across the Northern Contemporary event space, Toronto Designers Market storefront, and shared front patio. Until 6 pm.

8 pm Purple Nights @ MOCA, 158 Sterling Rd. Join MOCA for a cocktail party featuring musical performances and artistic visuals from local creatives and classically trained musicians. For an hour and a half, you’ll have time to socialize and get better acquainted with your surroundings. You’ll then be taken on a musical journey as apprentices from the Royal Conservatory of Music knock out a collection of Frank Ocean’s greatest hits. $26.87 tickets available online.

10 pm Retro ‘Guilty’ Pleasures Video Dance Party @ Remix Lounge, 1305 Dundas St. W. An unabashed night of huge retro hits and one hit wonders of the ’80s and ’90s with DJ Lazarus. The best of the worst; the ear worms that haunt you day and night. This month’s spotlight is Madonna. $10.

11 pm Racks & Bands @ The Drake Underground, 1150 Queen St. W. Jay Jolliffe and guests take you on a rollercoaster ride through the biggest songs in hip-hop and RnB. $10.

10 am The Eco Lifestyle Market @ The Great Hall, 1087 Queen St. W. The Eco Lifestyle Market is your one-stop shop for all things eco-friendly in Toronto! Find a curated selection of 50 of the city’s best eco friendly, natural, wellness, and local vendors, artisans, and small businesses. Admission is free and four-legged friends are welcome. Until 5 pm.

12 pm Sunday Social @ The Bentway, 250 Fort York Blvd. Join The Bentway every Sunday afternoon this summer and listen to the city’s hottest musical acts on the Exclaim! Stage while enjoying cold drinks on a covered patio. This week’s performers are Dijah SB and TRP.P. Until 9 pm.

3 pm Promise Cherry Beach @ Cherry Beach, 1 Cherry St. Promise’s summer series continues with Fred P, who caters to the people who love the classic sounds of New York and the groundbreaking deep melodies that make us all want to hug it out. He’ll be joined by DJs Richard Brooks, Immigrant Muscle, Denise Benson, and Soft Matter. All ages; ID for beach bar. $20 in advance and at the gate. Until 11 pm.