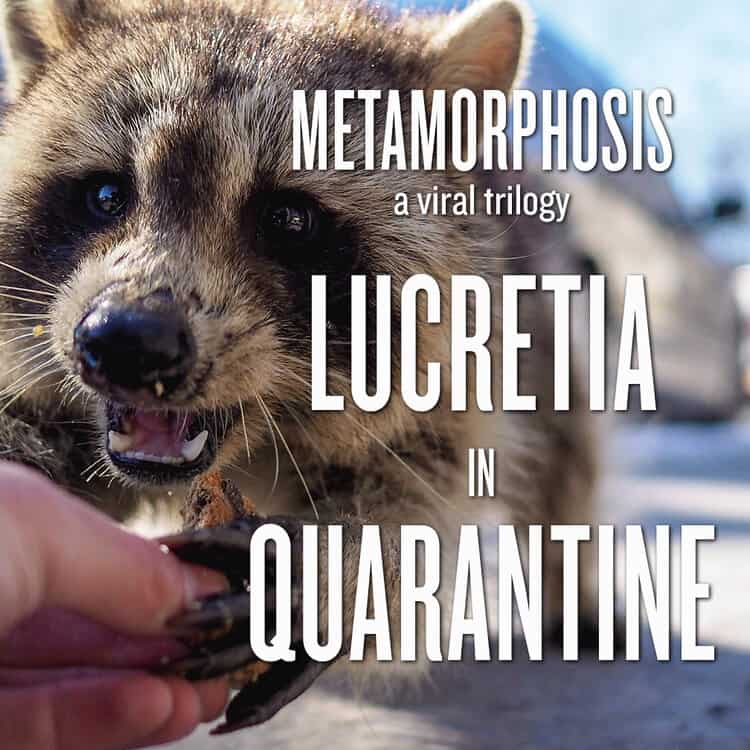 Co-presented by TO Live, SummerWorks, and Canadian Stage, Metamorphosis: A Viral Trilogy shares the progress of a fictional global pandemic in Toronto through the diaries of three individuals. The first audio journal, titled “Lucretia in Quarantine,” is about a 13-year-old girl caring for her seven-year-old sister who decides to adopt a baby raccoon. The second journal, “Kerri Wonders,” tells the story of how a 30-year-old woman’s life was changed by taking a pill after a years-long quarantine, while the third journal, “Nella At 86,” is from the perspective of a woman living in a long-term care facility.

“All of this came about as a game played during a pandemic,” Alexis says of the project. “My partner’s daughter, Lea, and I were thinking about a way to keep busy. As Lea is sometimes an actor and I’m often a writer, I decided to write a monologue for her using as a guide my idea of what her ‘feral self’ might be like. And so, Lucretia was born.

“From Lucretia and her predicament, the two other monologues came, monologues that were also explorations of personae of people I know: specifically of my mother (Nella) and of one of my closest friends (Kerri). Though I admit it’s odd to imagine people you care for in distress, there is something resonant and strangely comforting in accompanying them through catastrophe”

Metamorphosis launches August 17, with new episodes added on August 24 and 31.