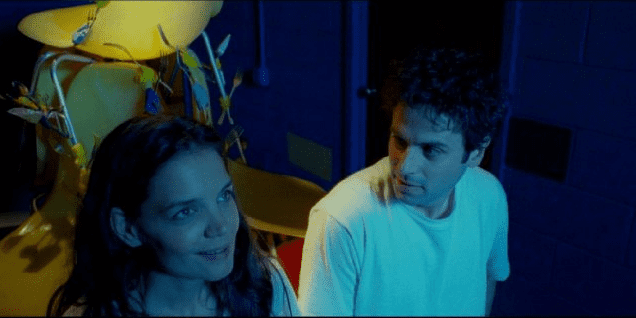 Touched With Fire Opens This Week

Those who have been touched by bipolar disorder will be familiar with the cycling highs and lows; the bursts of frenetic energy and creativity, followed by periods of bleak despair. It is a topic that is rarely represented accurately in pop culture – until now. Touched With Fire (formerly titled Mania Days) is a new film that explores the topic in a way that’s neither patronizing nor exaggerated. It’s a real, honest depiction of what it’s like to suffer from the disorder.

The film follows the story of Carla (Katie Holmes) and Marco (Luke Kirby), both bipolar poets whose art is fueled by their emotional extremes. “When they go off their meds, they end up in the same psychiatric hospital. The chemistry between them is instant – but it also stirs up their emotions and intensifies their conditions. Despite doctors’ and parents’ attempts to separate them, they pursue their beautiful but destructive romance which spirals into passion too extreme for their lives to sustain, until they have to choose between sanity and love. ”

The film is touching, simple and funny. It was widely praised by critics at its SXSW premiere. And now you can see it too – it opens this Friday.