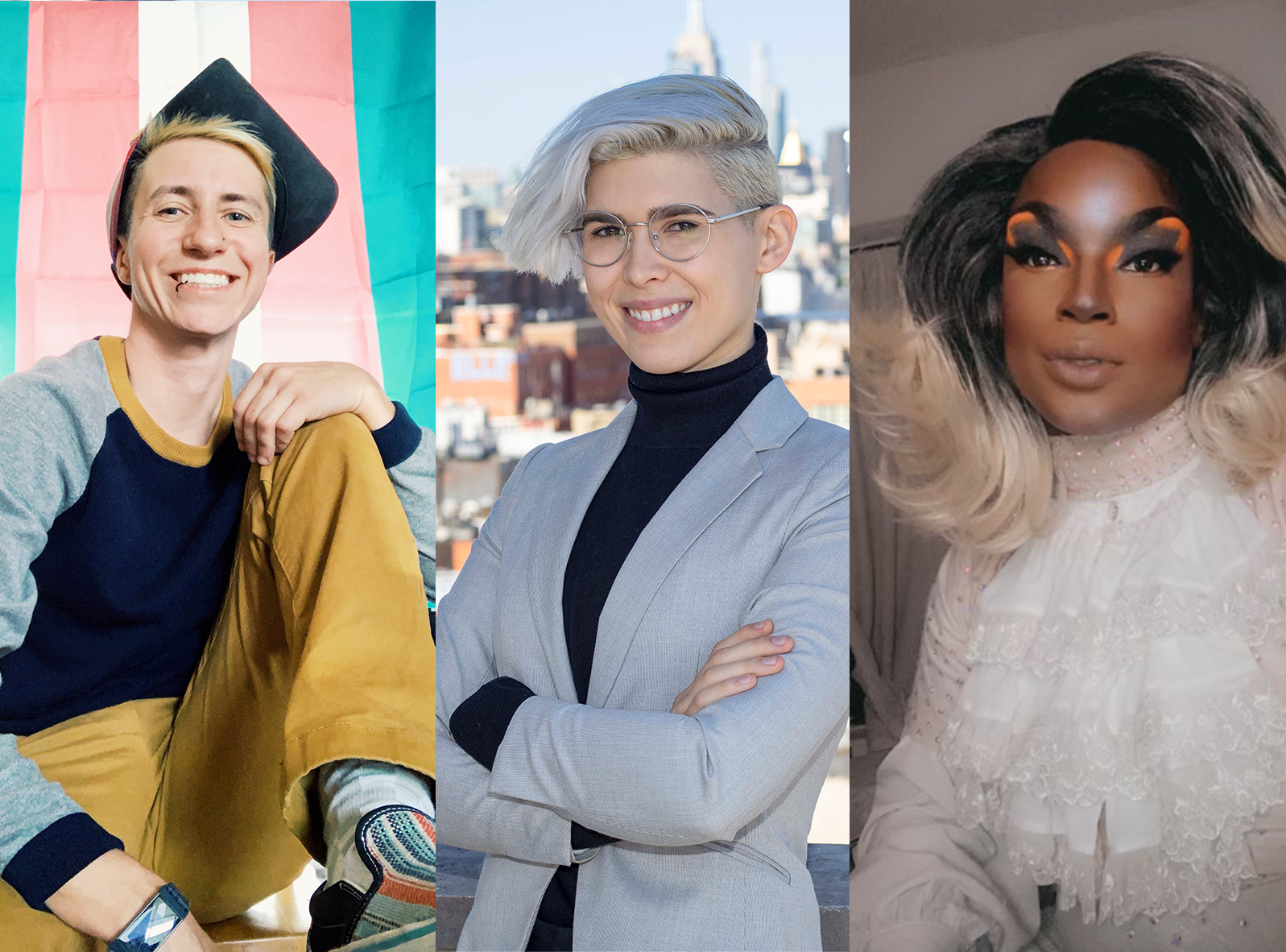 "I have experienced much harassment for being a trans woman. Sometimes, people will match with me just to call me slurs."
Sex & Relationships

On dating apps, the core issue is often that other users may not understand what ‘being a trans person’ actually means. A short bio, hardly read by other users, isn’t really helpful. Frequently, trans women face harassment or toxic masculinity. Trans people might be blocked after their matches discover their online date is trans, and even have their profile reported as fake. Conversations on the apps may sexually fetishize trans people. Or it could come down to simple ignorance — and many other issues no one deserves to face.

The transgender community stayed underground and fought for its acceptance and visibility for decades — and the fight continues. Members of this community might feel especially vulnerable; thus they need to have a platform where they feel safe and accepted.

The question is “How can online dating apps accommodate people that don’t want to be put in a box?” It feels like a new approach to online dating experience is a necessity and already overdue.

I decided to ask some members of the trans community about their experiences with online dating and how they would improve the dating platforms.

In general, how has your experience with dating apps and online dating been? 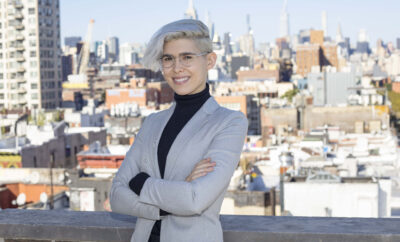 Eli Erlick (she/her), writer, speaker based in NYC: “My experience with dating apps has been mixed. On one hand, I love to meet new queer and trans people. On the other hand, I have experienced much harassment for being a trans woman. Sometimes, people will match with me just to call me slurs. Unfortunately, these experiences are common among trans people.” 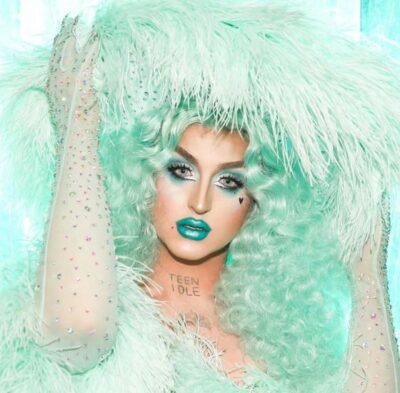 Ilona Verley (she/her), Drag Queen based in Vancouver, Canada: “I often find myself having to have the conversation with straight men that I am not a cis woman and constantly having to explain what being a trans woman can look like (there are so many beautiful ways to be a trans woman) and a lot of times these men get ignorant and report my profile for being “fake” and I end up losing access to the app over their fragile little toxic masculinity.” 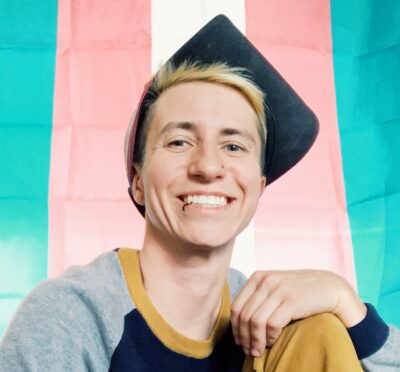 Jaimie Wood (he/they), a trans man, based in Tucson, Arizona: “My experience on dating apps as a trans person, I would say, is pretty hit or miss. I was however able to find my partner. There is a lot of ignorance and I swear people don’t actually read bios. So it can end up being a lot of wasted energy.” 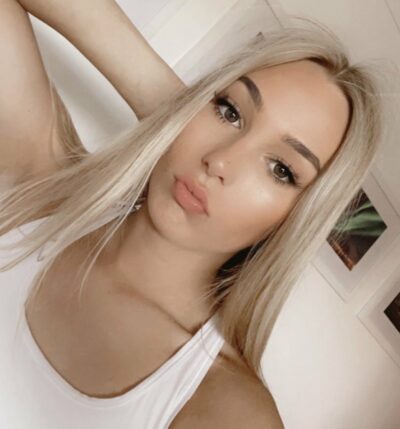 Krystal Sergeant, (she/her), adult model based in Melbourne, Australia: “My overall experience with dating apps has not really been the best. I’ve met, kind of maybe two guys off there. No actual proper dates, more just like hookups and booty call kind of situations. I’ve talked to a lot of guys through dating apps, but they’ve mainly not been really accepting or understanding of me.” 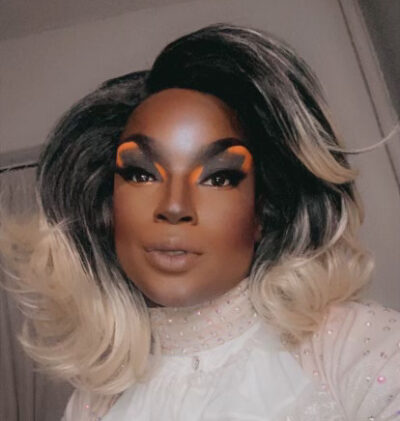 Neon Calypso (she/they), Drag Artist, based in NYC: “It’s not really dating anymore. Most people who are attracted to trans women are so secretly, or in a sexual fetish type of way. I’ve never had anyone ask me to go out on a date from any online ‘dating’ app.  As someone who’s been celibate for 8+ years, most of my initial conversations are sex-based.”

What changes need to be done to make dating apps a more welcoming space for the transgender community?

Eli Erlick: “There are significant changes that need to happen with how dating apps deal with gender. We’re often pigeonholed into selecting “men” or “women” when choosing the genders of who we would like to match with. Often we’re also asked to choose “male” or “female” alone for our own genders! These systems inevitably leave out the complex systems of attraction we experience as trans people.”

Ilona Verley: “I would love to see a brief “sensitivity training” pop up that outlines the various different gendered individuals that app users might encounter on the said app and how to address them correctly. I personally find a lot of men who like trans woman don’t understand calling us “trannys” isn’t okay until I lay that out for them, at that point most are understanding and apologetic! Education is so key!”

Jaimie Wood: “Unfortunately I don’t think “changes” need to apply to the apps. More the people, you know? I will say, I believe if people want to be more welcoming, offer something special for minorities. Meet and greets for entrepreneurs of color or learning to cook in drag-type things. Or if a need to stay virtual exists, offer education on hard to speak about topics like sexuality and identity.”

Krystal Sergeant: “Having a slightly wider variety of interests and categories you can pick, in a slight bit more than gay, bi, and straight, basically. If there was just a bit more diversity with what you can choose. And I’m not saying have a button or a thing to click for transgender people, but just saying like, oh, I’m into girls, but trans girls, I’m into them as well. Because if a guy who says “into trans girls” as well, or doesn’t mind, they’re not really gonna click bisexual. It’s a bit of a difficult subject.”

Neon Calypso: “Hiring of trans developers so there’s actual insight on what we are seeking in regards to dating apps. I find the idea of preference listings outdated. We all know what you’re looking for in a dating app. I also find blank profiles outdated. Sis, it’s 2022!”

Thankfully, some apps try new approaches to the online dating experience. The XOXO dating app manifests the “no labels” concept. The app is designed to encourage users to discover more about others’ personalities. It motivates people to value the profiles not in a sexualized way, but in a “looking for friends and soulmates” way. Everyone takes a personality quiz while onboarding; thus, users seem more motivated to discover the personalities of others. The choice of pronouns is also much richer than the majority of dating apps.

This looks like a much safer place for trans people and all queer people — here you feel free to express yourself without judgment. At some point, my profile, as a transgender woman, became the most popular one on this dating app. 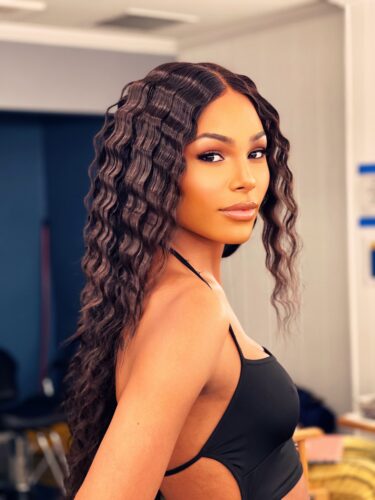 Lex, a text-centered social app, lets you connect with queer lovers and friends on an intellectual and emotional level. Since you can’t use photos or videos, individuals use a linguistic approach to express their personalities. Also, there are apps like Thrust that have a much wider array of categories to choose from in terms of sexual identity and gender, allowing many users to finally find that terminology that accurately describes them.

Even Tinder is working on broadening gender selection options: now you can at least type your preferred gender. Hinge added the same feature, and you can decide whether you want to show your gender to other users or not. Both apps are also adding interest and personality-based features, such as Hinge’s audio notes.

But even all that may not be enough. There are still limitations and we can be putting some people in a box, in categories they don’t belong to. Yes, there are apps like OkCupid, and Taimi, and exclusive apps like Chappy or Her. But even within this diversity of LGBTQI-friendly/only dating apps, many people still feel left out and can’t find what they’re looking for on these platforms.

Online dating platforms are adjusting with the needs of society. Each company takes its own approach, but I hope that the industry will keep making improvements based on actual trans people’s needs and the problems they frequently face while using dating apps, so we can have even more safe, accurate and versatile experiences.

Naomi Moore is a transgender woman, fashion model, and writer. Get to know her on the  XOXO dating app.

"I have experienced much harassment for being a trans woman. Sometimes, people will match with me just to call me slurs."