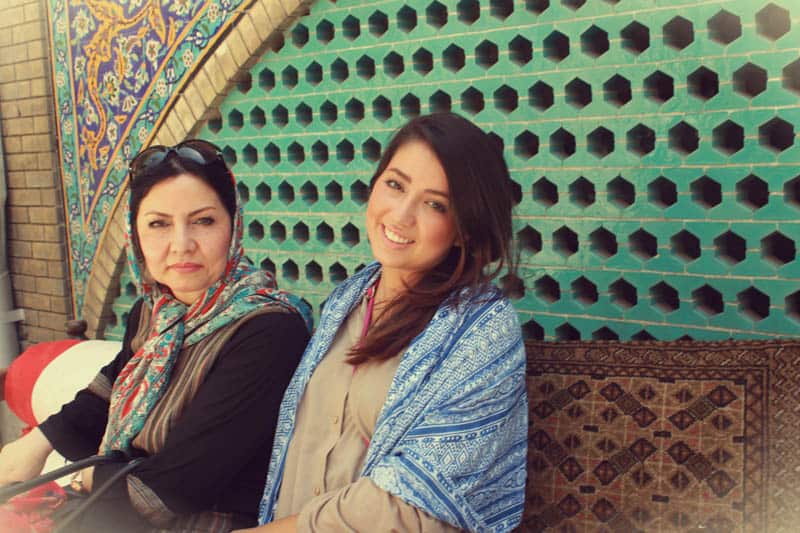 "As I write this, the only thing that runs through my mind is, would I be writing if my parents hadn’t moved to Canada 17 years ago?"
Travel

Travelling Back Home to Iran

This summer, I got the chance to go back to my motherland, Iran. For years, I’d been waiting for a chance to go and see my family. The last time I’d been there, I was only 12. I could only remember simple details like the food, the heat, and my grandfather’s backyard. Going back seven years later was probably one the most interesting experiences I’ve ever had in my 19 years of life. All of the little details I remembered were so much more clear. To be quite honest, some were disturbing, and some made me feel extremely lucky. I could understand the reasons my parents fled the country nearly 17 years ago.

I’ve grown up quite the bit since I was in Iran seven years ago, into what I like to think of as an independent woman. I have found many of my passions in life, such as writing and music. I’ve become a coffee drinking girl who wears a lot of neutrals and could listen to Lana all day long. I’ve started wearing makeup, and sometimes, I even do my hair when I’m going out to a fancy event. I’ve learnt that cooties do not actually exist (except in the form of STDs; be safe) and that boys, well, are still just as silly as they were in elementary school when they used to only talk to you when their friends weren’t around.

I was a crazy show-goer all throughout high school. A new album release was my highlight of the day. I’ve had the freedom of photographing a couple of my favourite bands, interviewing various artists from around the world, and writing for cool blogs like this one. I now attend York University for Communication Studies in hopes of someday working with people in the entertainment industry, a dream I’ve had since I first saw George Strombo on Much (I watched Ed the Sock behind your back, mom, sorry).

When I went back to Iran, I was most interested in people my age. I was curious to know how they survived their youth in a country so restricting. In Iran, schools are separated by gender, including many universities as well. From a young age, boys and girls are kept apart, and as they grow older, they continue this separation in society. Women are required to cover their hair and body under the Islamic law. Being the kind of girl who despises pants in the summer, the fact that Persian girls still looked good in long sleeves with their hair covered earned them a huge amount of respect from me. 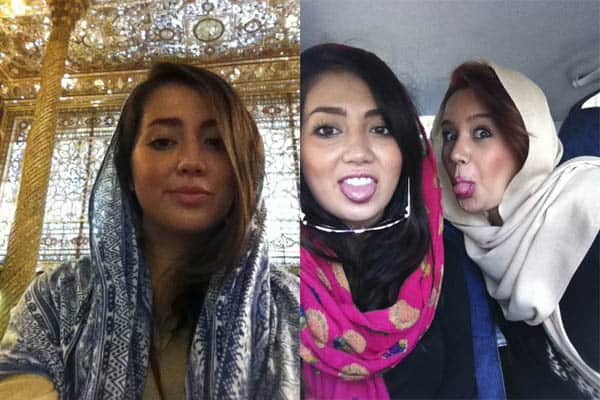 I couldn’t help but wonder, what would I do if I were 19 and living in Iran? At home in Toronto, my friends and I go out on weekends, whether it’s to a bar or a friend’s house. In Iran, these activities are forbidden. Partying is pretty much illegal in the sense that boys and girls can face serious consequences if they are found hanging out together. In fact, they can face jail time if they are caught at what many call “underground” parties. What we do in North America for fun is all the youth in Iran want, but for them, it’s something that will cost them far more than getting busted with a fake ID.

The whole concept of partying, dating, and being young is a dream that the Iranian youth desire to experience. As I spoke to a couple of family friends my age, I discovered that they would do anything to hang out with their guy friends without their parents (those who are more strict) thinking that they’re involved in some sort of sexual relationship. For some of these girls, it took lies and risk to go out with friends. The consequence of getting caught by police, who see unmarried couples as some sort of crime, was something they accepted. Seeing the lies and restrictions on girls my age really hit me hard.

The fact that girls my age actually want to get married because there’s nothing else to do as a 19-year-old in Iran really messed with my brain as well. If they couldn’t hang out with a boy comfortably in public without getting in trouble with their parents, what would they do? In a married relationship, they would be free to live a more independent life, and create something of their own, instead of lying to their parents and going on repetitive coffee shop dates while attending a university with little chance of actually getting a job after graduation.

As I write this, the only thing that runs through my mind is, would I be writing if my parents hadn’t moved to Canada 17 years ago? The thought of where I would be standing as a 19-year-old in Iran is unimaginable. I would be restricted as a creative individual, forced to conform to republican laws that seek to transform youth into their "right" vision of a member of society. I would be punished for straying away from the Islamic lifestyle. Perhaps I’d be married, or studying accounting or engineering, fields that are much more practical and desired in Iran. Would I dream of escaping to a place like Canada that I’d seen on my family’s illegal American satellite? Would I rebel and express myself through my clothing, or my hair, or the music I blasted in the car?

Nilou will be sharing more thoughts from her trip to Iran next week.

"As I write this, the only thing that runs through my mind is, would I be writing if my parents hadn’t moved to Canada 17 years ago?"