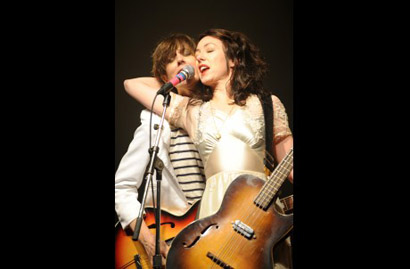 Bruce McDonald’s new film, Trigger, is exactly the subtle kind of Toronto story that makes you feel hometown proud, not just because of the film itself, but also the Canadian talent at the helm. McDonald spins an eloquent tale of two women and their complex relationship, set against the backdrop of the underground Toronto music scene. Subtle details-a vinyl copy of the Leslie, My Name Is Evil soundtrack, a Teenage Head tshirt-and appearances from bands like The Hooded Fang and Foxfire, make the film a truly Torontonian one. The story, which rings with a subtle complexity and truth, is brought to life brilliantly by the two lead actresses (Molly Parker and Tracy Wright). The film feels gritty, real, and engaging-it’s the kind of work you sink your heart and teeth into.