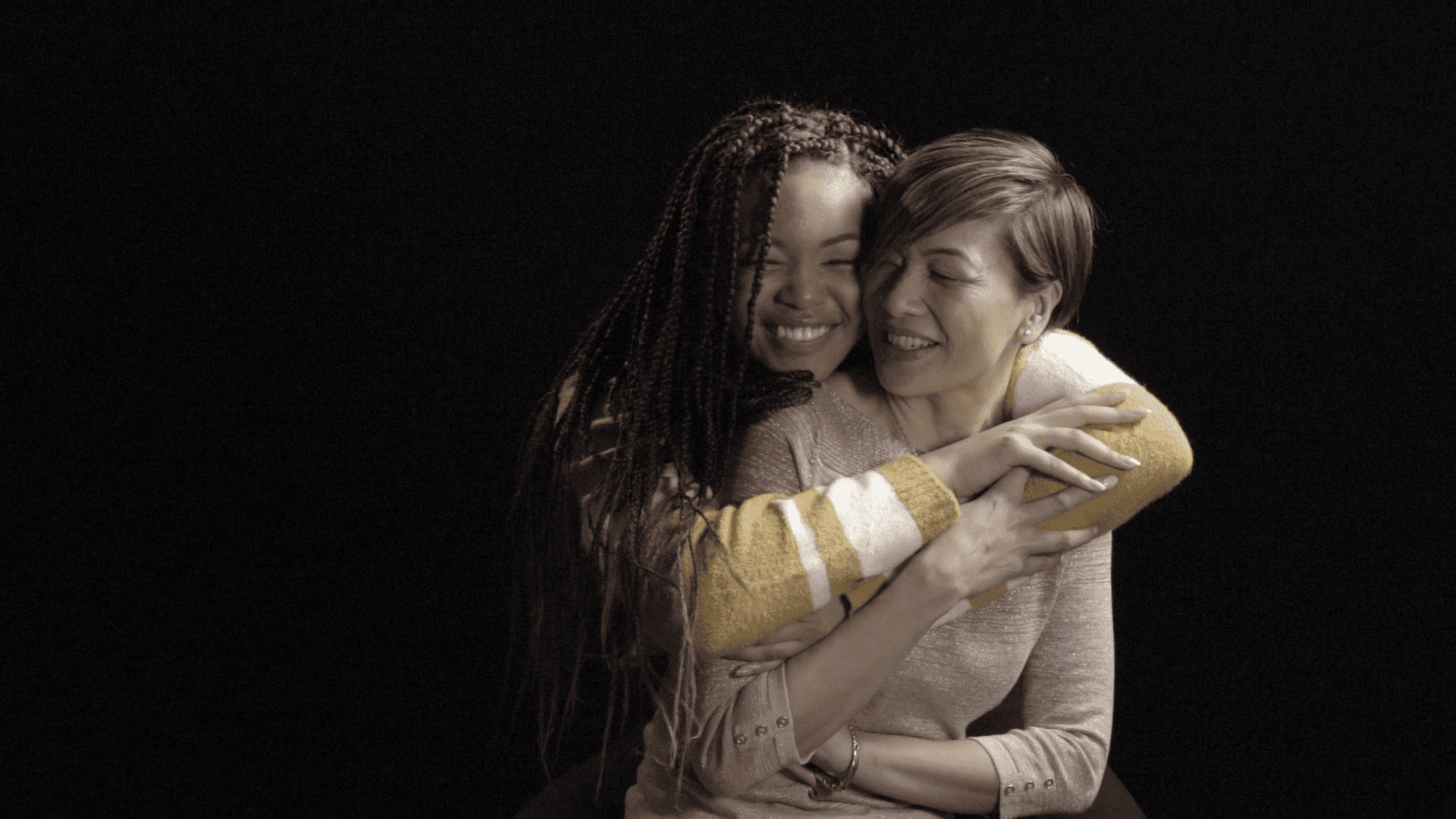 How Finding Strength In My Daughter Helped Me Survive The Impossible

Michelle Casimiro seemingly had it all; a beautiful daughter, a nice apartment, and a successful career as a recruiter. But she was hiding a terrible secret–she was being abused by her partner.

It was only on the day Michelle’s relationship turned violent that she finally decided to leave, taking her daughter with her. Homeless and terrified, she slept in her car while her daughter stayed with friends. It was during that time Michelle connected with Up With Women, an organization devoted to helping formerly homeless women get their lives back on track. Now, she runs her own recruiting company, and her daughter went on to college with a basketball and academic scholarship.

SDTC interviewed Michelle about her experience. 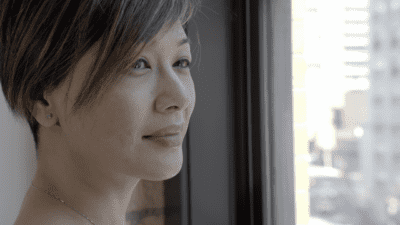 Michelle, tell me about what was going on in your life prior to fleeing your ex. When and how did the abuse start? How did it manifest?

I can’t really pinpoint when it started but I can say that looking back there were definite flags earlier on in the relationship. There came a point where I started to become more successful professionally. So things were going well in my life. This is where I think the control started to become more intense. The abuse that I’d endured was mostly emotional/psychological for the first few years.

I typically start my story back in 2009, because at that point I was in the penthouse, bought my dream car, travelling a lot, things are going really well. In 2012-2013, I started to have a lot of anxiety, fell slowly into a depression. I went to doctors trying to figure out what was wrong. They gave me antidepressants… That’s when I started to notice changes in my own mood. I kept trying to figure out what was wrong with me, to the point where I thought I had a chemical imbalance in my brain- never was I looking outside myself.

Come 2014, my work was starting to suffer. I couldn’t focus. I couldn’t concentrate. In 2015, I couldn’t get out of bed. My income dropped by 75% between 2014-2015. By 2016 I had depleted my savings and that’s when I had to give up the condo I was leasing. I started couch surfing. I was sleeping in my car. My daughter was sleeping with friends and family and whatnot.

I feel like I subconsciously had to lose everything and pretty much have nothing because then he would have nothing left to attack or take from me or threaten me with.

One day, I had responded in a tone that he didn’t like and then that’s when it became physical. All of a sudden we’re physically throwing punches and my daughter was there. That was the AHA moment.

How much of an impact did your daughter have on your decision to finally leave?

We were fighting back and forth and he actually left the house for a moment. My daughter had heard the fight in the other room. When he’d left, I had gone to get my daughter to tell her ‘you know what we gotta go, pack up our things, let’s go.’ But while we were getting organized he came back. And when he came back he started charging towards me and my daughter jumped in front of me, stuck out her hand and said ‘don’t you dare touch my mother’. It was almost like I was looking at it from a third party. Like I was watching all of this unfold. I think to see my daughter put herself in harm’s way to protect me… the AHA moment was like oh my god I’m supposed to be protecting her. All of a sudden it just all clicked. All of my internal bruising and internal pain is now outside.

You know what they say about emotional and psychological abuse is that it doesn’t leave any bruises. That was it. My own daughter put herself in harm’s way. How could I ever think about going back? I did whatever I had to do to get out because there’s no way I can show my daughter that’s okay. I think what happened that day was that because I stood up for myself, I think he started to realize that he didn’t have enough control.

You found yourself homeless thereafter. What was that like?
It was horrible. It was shameful. It was humiliating. You know- I was sleeping on a friend’s futon in their unfinished basement that had a leaky pipe. Whenever I could I would sleep in my car. But I would never let my daughter sleep in the car. It wasn’t uncommon for my daughter to have sleepovers at friend’s houses, cousin’s houses. For her to go and have a sleepover, that wouldn’t raise any eyebrows.

How did you come to connect with Up With Women?

I knew Lia, the CEO, through professional channels. I remember when she started UWW and during my ordeal, I reached out to her for resources. I was looking ‘for a friend’. I think she quickly grasped that there wasn’t a friend and that I was actually the one in need of help. And it took her a couple of months to convince me, because… call it my pride, call it embarrassment or shame. I still thought that I could fix it. I didn’t want to burden people. I also thought that there might be other women who would be better served by the program than me. Who needed it more than I did. She introduced me to a fantastic coach and at that point, I thought what do I have to lose? They were really supportive and really non-judgmental.

What do you want other women who are in abusive relationships to know? What do you wish you had known?

I liken it to being in a fire. When you’re in the fire, sometimes you don’t know where the fire started, you just know you have to get out. You don’t know if anybody even knows you’re in there. You’ve got to fight, you’ve got to scream for help. Somebody will hear you. I think a lot of women don’t want to ask for help. Especially me. I was a independent, self-sufficient, career-oriented, single mom. I took care of things. I was the one getting calls for help. So for me to have to now, tail between my legs, head down, saying you know what, I screwed up. Which is what I was thinking. I think women need to understand it happens a lot more than they think. 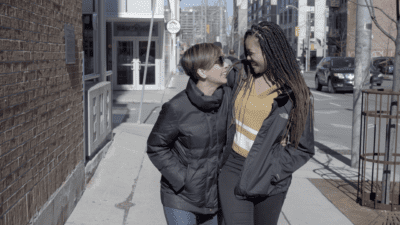 How has your relationship with your daughter grown through this journey?

I think she’s proud of me. I think that because I was able to be an example for her, of overcoming adversity, I think that strengthened our relationship because now, I’m practicing what I’m preaching, as a parent, as a woman, as a human. I think that really opened up the trust, opened up the line of communication. My daughter really feels that she can talk to me about anything. I think that what encouraged that was me being able to talk about this.

Interestingly, I think what a lot of us believe when we are going through the abuse is that if we come forward with it, we are afraid of losing or severing relationships. I think we’re afraid of being judged. Whereas the truth is for me, the complete opposite happened. Especially with my daughter. My daughter is a prime example of how coming forward and escaping the situation actually had a very positive impact on my relationship. 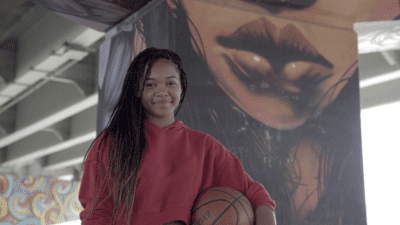 What brings you joy now?

Everything brings me joy now. Everything. Even when I’m faced with a problem. I think about the problems I’ve been able to overcome so far in my life, and I’m grateful and thankful to have this challenge in front of me and I have the experience, the knowledge, the strength to overcome it. Seeing my daughter blossom and thrive when it could have gone in another direction very easily.