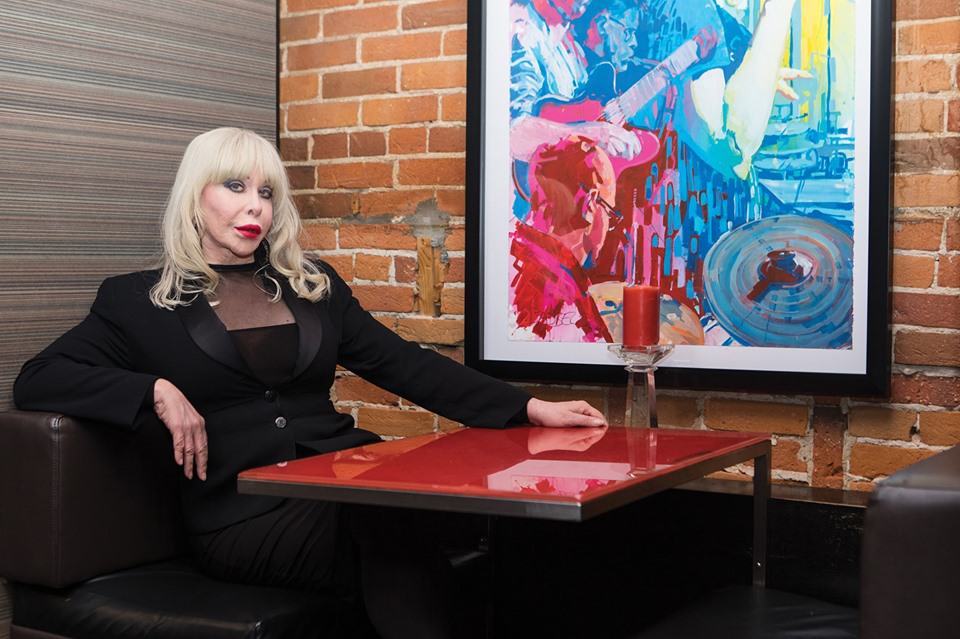 Usher In #PrideTO with “Just Call Me Lady: The Musical,” Opening This Weekend

Mandy Goodhandy‘s poignant, funny and emotional story is being brought to life on stage, just in time for Pride 2019.

Just Call Me Lady: The Musical (based on her memoirs of the same name) traces Goodhandy’s fascinating life story: her struggles growing up, her time as a sex worker, her joy at falling in love, her heartache at losing friends to AIDS, her transition to a woman, and finally, her arrival on Toronto’s musical theatre scene. You’ll laugh, you’ll cry, and everything in between.

We caught up with Mandy this week to learn more.

SDTC: What was the biggest challenge in adapting “Just Call Me Lady” into a full musical?

MG: I actually wrote my book with a bit of theatrics, because that is who I am and have always been. And I had already decided there would be a theatre piece and a screenplay in the works eventually. So transferring the chosen chapters to make them scenes for the stage was not all that difficult. It is kind of like taking spoken word and adding a set, live music, and interesting but simple costumes to it. All in hopes of holding the attention of the audience.

Comedy comes naturally to me, and sometimes it is difficult for me to reach down when describing parts of my life that are not even close to being funny. That was even difficult when writing the book, so I kept trying to fall back on humour. But in a play, that would not be sincere. I have to put it all out there. I can’t lie to the audience; it would not be fair. So it comes down to sharing the story in each scene with total honesty and real emotions, knowing I can’t joke my way out of this one.

What are the advantages of telling your story in this format?

The musical will be like listening to snippets from the audiobook version of the book. I narrated my own audiobook and was able to deliver what I was expressing in my own voice. A different take on the written version. The musical will bring some chapters, now scenes, to life. And a couple of small stories that did not make it into the book have been added here and there. So it will be delivered as a script in a play mixed with spoken word, as opposed to me doing a book reading.

Is this a solo show or are there others involved?

I will have three musicians: Attila Fias (piano), John MacMurchy (John) and Jordan O’Connor (bass), who will accompany me in eight songs throughout. They will be on the second floor of the venue looking down on the stage. Other than that, it will just be me.

How does it play out?

I never have liked ‘acting’ so the show is set up in such a way that I will be reciting the stories from different parts of my life. The only “acting” is when I dig deep to remember that male side of myself that always was an act, so that will involve “acting.” Sliding in and out of my current true gender and the fake male persona that I had picked up along the way during my younger years will be shown. The thing that makes me nervous will be that I will be so exposed and vulnerable.

I am hoping upon doing this I will manage to communicate to the audience what one trans person’s experience was like to finally reach completion. And one human being’s experience facing obstacles with no apologies or regrets.

It is totally very much “circle of life.” Every time I revisit my past it helps me heal more and more. I am lucky to have had the opportunity to write about it, speak about it, and now present it as a theatre piece so that I can almost relive the good and the bad. And to have the chance to share that with others is most certainly satisfying. And I am hoping to have my live audiences take this journey with me and be entertained at the same time.