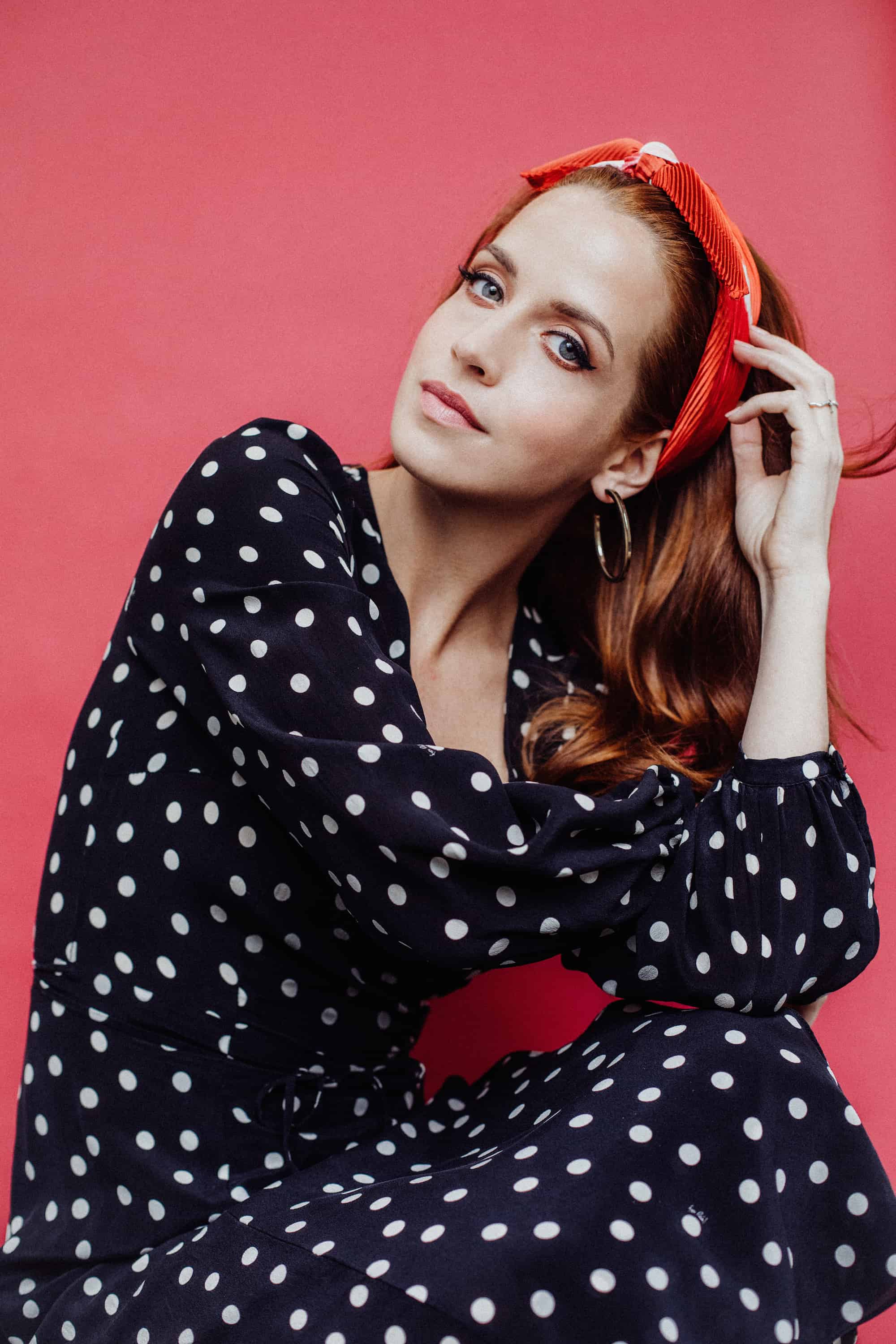 V-WARS’ Kimberly-Sue Murray on Performing, Xmas in Gaspé And Her ‘Wall of Hats’ Dream

Posted on December 5, 2019
Today, Kimberly-Sue Murray makes her debut as Danika in Netflix’s new and highly anticipated sci-fi horror series V-WARS. She stars alongside Ian Sommerhalder in the show which follows the story of a scientist and his best friend as they face the evolving crisis of a deadly outbreak.
Based in Toronto, Murray is an award-winning actor and producer born in Chandler, Eastern Quebec. She’s been performing since she was nine-years old and attended the prestigious Canadian Film Centre’s (CFC) Acting Conservatory. She’s appeared in Beauty and the Beast, The Girlfriend Experience, Murdoch Mysteries and more.
We caught up with her this week.

SDTC: What holiday tradition do you like to keep in your own home?
I always go home to the Gaspé, QC for Christmas and we still go to mass as a family. We’re not religious, but we like the Christmas choir. Oh, and Christmas stockings!

Who/what is commanding a lot of attention in your life lately?
I’m working on a new TV show for Rogers TV. It’s my first lead, so that’s taking up all of my time.

What have you learned about yourself in the past year?
I’ve learned that forgiveness is the most powerful act of love.

What is a fun little-known fact about you?
Everyone in my life knows that I am OBSESSED with True Crime. I’ve run out of podcasts to listen to. Any recos?

What book/film/show have you connected with recently, and what about it appeals to you?
Unbelievable on Netflix really shook me to my core. Such powerful female performances. I also loved Honey Boy. It’s brave, it’s loud, it’s honest.

What’s the worst piece of career/life advice you’ve been given?
To quit. Seriously, I can’t even tell you how many people told me to quit or not pursue acting. Never tell anyone to quit what they’re passionate about because you’ve had your own set of struggles and judgments.

What is your motto at the moment?
Own your sh*t and stop apologizing.

What do you love about your character in V-WARS?
How selfish she is. It’s fun to play.

What are the qualities you like least and most about yourself?
I’m reactive, but I’ll bend over backwards for my friends and family.

Rewind five years. What advice would you give yourself?
Stop picking your face!

What is the most courageous thing you’ve ever done?
Sought out help for my anxiety disorder.

What childhood memory makes you laugh out loud?
My first pap smear. I thought the stirrup my gynecologist was holding was the speculum and yelled out “THERE’S NO WAY YOU’RE PUTTING THAT UP MY ____!!”

What unnecessary object would you love to own?
More hats for my wall of hats. I have about eight hats on my wall right now and I think maybe one or two fit me. I have a large head. My boyfriend doesn’t get it, but I just love hats, whether they fit or not.

What tip, technique or hack has made your life better in the past year?
I only have Instagram on my tablet, which I leave at home. It’s a great mental health and time management trick. I highly recommend it.

What issue do you wish people took more seriously?
Mental health. The stigma around it makes me sick. I’ve had to deal with my own shame around it for years and now I’m finally comfortable speaking out.

What outfit makes you feel the most you?
High-waisted mom jeans, vintage tee, my Dr. Martens and a ring on each finger.

Who/what has surprised you lately, and how?
My brother proposed to his girlfriend while we were hiking the West Coast Trail on Vancouver Island. I had a feeling he was up to something, but I was really surprised at how romantic he could be.

How will you spend the holidays this year?
My boyfriend and I are driving all the way to the Gaspé for Christmas with my family then all the way to Cape Breton for New Years with his family. We just bought a plug-in hybrid, which we named Dolly Carton, so we’re pretty excited to take her out for a spin!