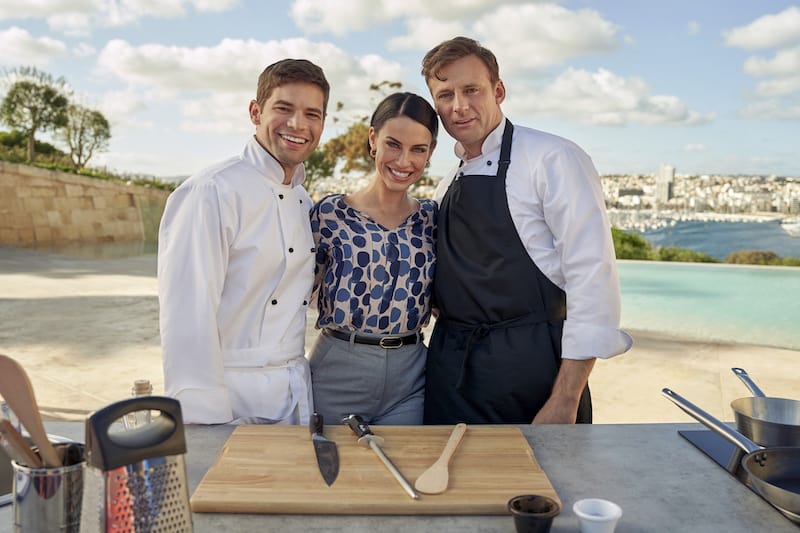 Vancouverite Jessica Lowndes has an impressive number of acting credits to her name, with several being Hallmark movies, including the one she wrote, Over The Moon in Love. Tomorrow night, she stars as Meg, in the Hallmark romance Mix Up in The Mediterranean, a sweet love story that feeds the travel fantasy we’re all dreaming of right now.

As you might imagine, this is a tale of mistaken identity, where a small-town cook impersonates his big city chef twin to compete in a culinary contest. Of course he falls for the woman in charge of the event, who (of course) thinks he is the brother who is married. It is the exact kind of feel-good (bordering on silly) story that doesn’t demand much from its audience, or is a fine example of what Hallmark does best.“I feel very fortunate to provide people with escapism,” Jessica tells me over a Zoom call, and this latest project is definitely that. 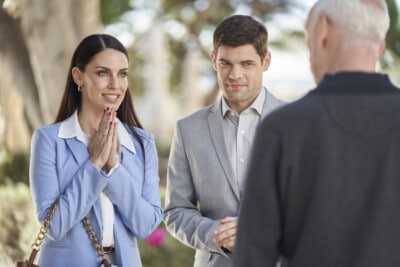 Shot in Malta this past December, it’s almost like this film was created for this exact moment in time, when we are nearing the one year mark of the pandemic, and desperate to escape the mundanity of our lives, as well as the ever-present stress. “There’s romance, there’s food, there’s Malta!”, says Jessica, describing why Mix Up in The Mediterranean is perfect for now. She’s right, and this film serves it up on a beautifully arranged platter for easy digestion. Of course, ever since we watched the original Parent Trap as children, we’ve been suckers for a good twin mix-up script.

Chatting with Jessica, we can’t help but be a bit envious that she was able to fly away to Malta in December, and stay at a luxury hotel, while we were in the Covid red zone, enduring cold days with few hours of sunlight. But she reminds us that it was not a vacation. “The safety protocols were really intense—we were getting tested twice a day. For our kissing scenes we’d have the COVID test, not the easy one but the one that goes up into your brain, and then we’d have the rapid test, that also went up into your brain.” 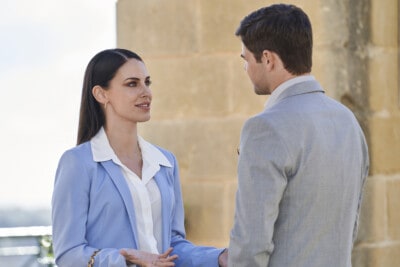 It would be such a different film if those tests were shown before the smooches, but luckily this is a story that takes us far, far away from pandemic life. “You just can’t help but smile while watching these films, and that’s why I love being part of it.”

From the breathtaking scenery that shows off the sparkling turquoise waters and Renaissance architecture that Malta is famous for, to the upbeat soundtrack (including the song “Alive” that she wrote with co-star Jeremy Jordan), this is entertainment created for enjoyment and pleasure. “I think knowing that you’re tuning into something with a happy ending is what we want right now more than ever.” We never thought we’d say this about a Hallmark film, but goddammit—we need it.

Mix Up in the Mediterranean premieres on W Network on February 20th at 9 p.m. ET/PT. Viewers can also watch the film on demand via STACKTV.