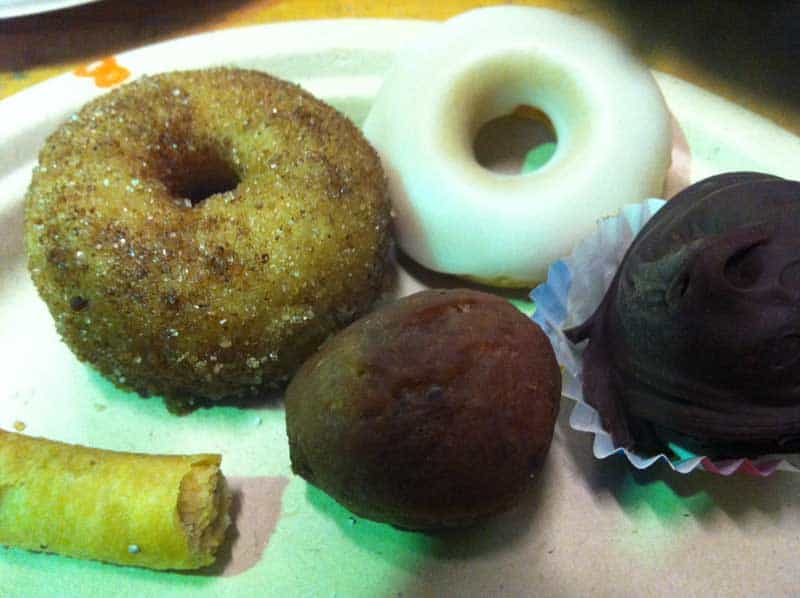 If there’s one thing in this world that is my true weakness, it’s chocolate. Particularly when it’s in a brownie, dense cookie, or cupcake format. It may be cliche, but I am a sucker for baked goods.

For the last couple of years I’ve been transitioning to a plant-based diet, which means no dairy, eggs, meat, etc. It’s pretty easy when I’m home, but at times it can feel limiting. At most restaurants, for example, as all of my friends are devouring brownies a la mode, I feign enthusiasm: “No, no, this date and walnut bar I brought from home is really good, you guys!” 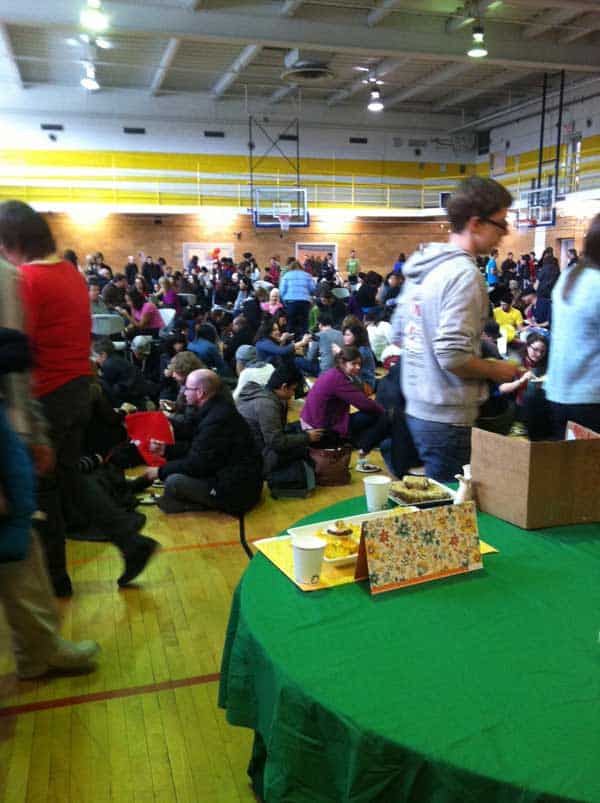 Enter the 5th Annual Totally Fabulous Vegan Bake-Off. Over 40 amateur and professional bakers came out to present their best vegan desserts. And it was glorious. The $8 ticket included not only admission, but two sample plates of baked goods, with 5 mini desserts on each. We then received ballots to vote for our favorites, and the winners in each category received killer prize baskets. There were categories for cupcakes, brownies, cookies, and even raw desserts—from the pretty healthy to the obscenely decadent. Groups of friends sat on the gym floor in the Miles Nadal JCC swapping samples and getting their sugar buzz on. 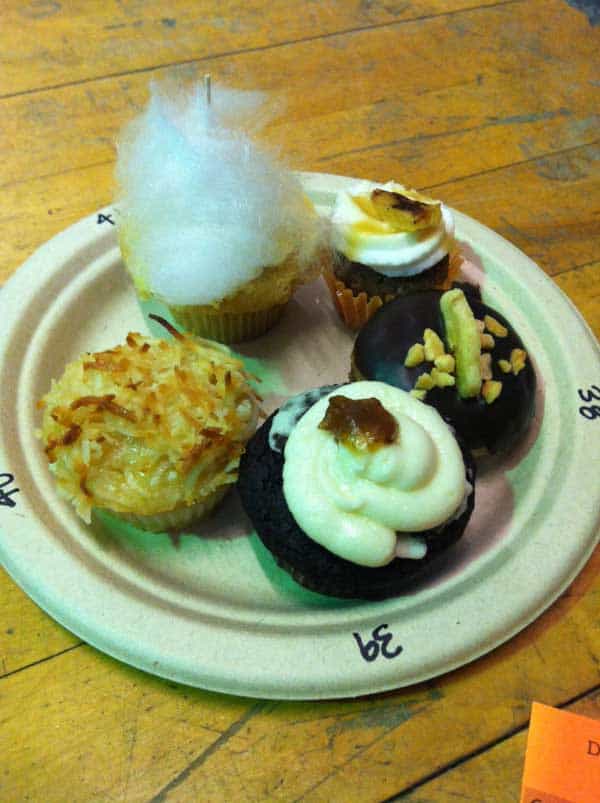 I could actually write glowing things about this event forever. Instead, I will simply detail my top five favorite desserts. I’ve been watching FAR TOO MUCH MasterChef lately, so I’m pretty much a professional food critic/judge now.

1. Almond Milk Cupcake
This was probably my favourite from the cupcake plate: a small amount of coconut, a simple vanilla flavoring. It tasted like a classic cupcake, and I couldn’t put it down. The genius behind these is a home cook named Jessica Ford, who has tons of recipes up on her blog at theantiqueappetite.com.

3. Mini Cannoli
When I was younger, trips to New York meant two things. First, seeing Broadway shows; second, stuffing my face with Cannolis in Little Italy. This was a blast from the past, and I genuinely have no idea how the home chef got those textures and tastes without using dairy. It was magical.

4. Classic Cinnamon Donut
Not usually my thing, and sort of simple—but it tasted so much like a regular donut that I polished it off in under 3 seconds. Also is anything cuter then a miniature donut?

5. Cotton Candy Cupcake
This was a cupcake that had a pillow of cotton candy adorning it. The cupcake itself was a little too savory for my taste, but the originality of topping really impressed me.

This is a yearly event, and I would definitely recommend it. Unless you for some reason hate dessert. And if that’s the case, we need to have a serious talk.