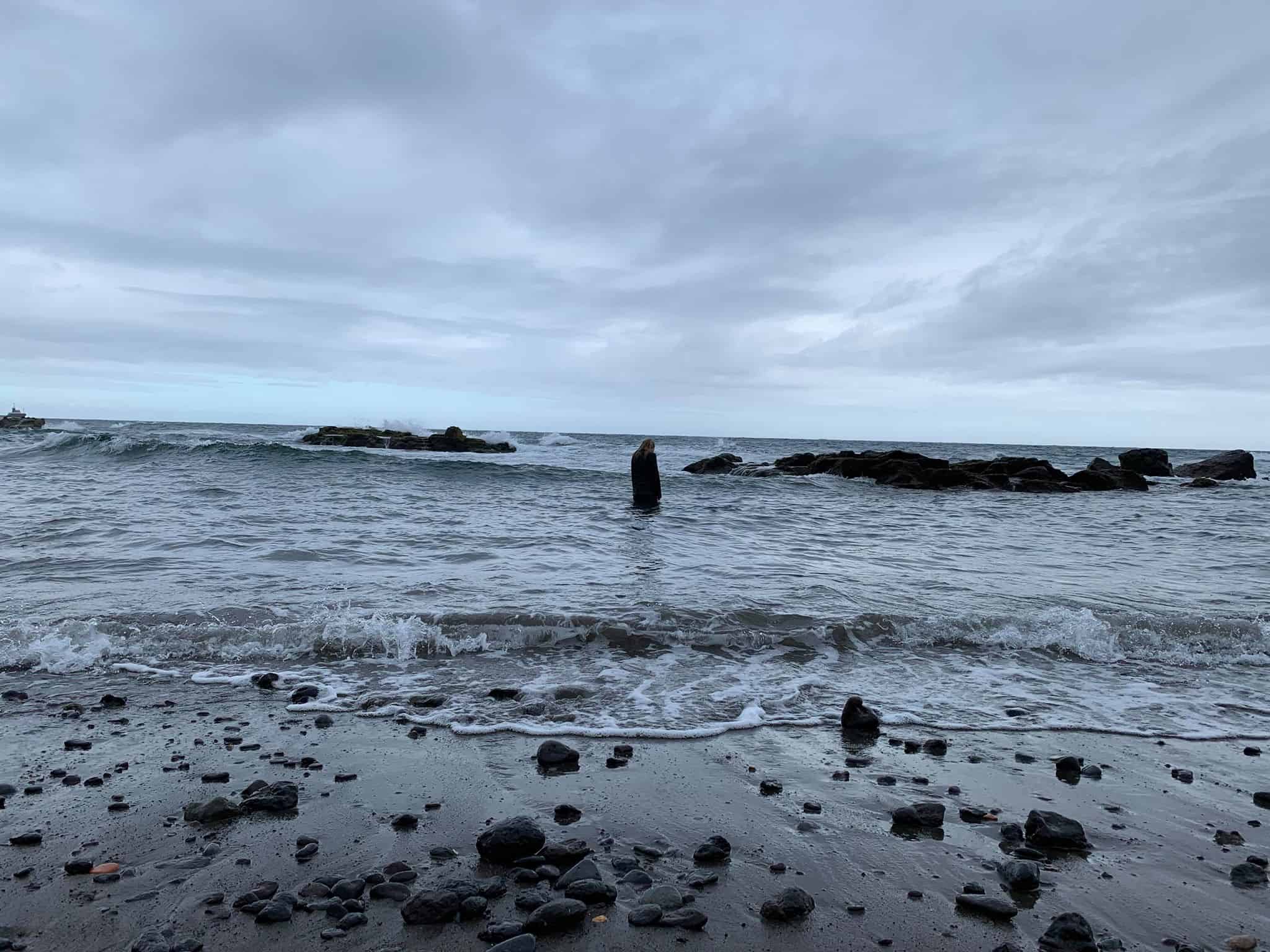 Virginia Abramovich set out to make a film about grief, and how dramatic landscapes can play a role in helping us heal. Her stunning debut feature, Between Waves, shot in both Toronto and São Miguel, the biggest island in the Portuguese Azores, achieves that and much more, encouraging audiences to re-examine mental illness through a sci-fi lens.

The Canadian Film Centre graduate has always been a huge fan of sci-fi. “I love that genre as a way of looking at ourselves. It’s fun, but it also gives us a chance to step outside of ourselves, like when you travel. Good sci-fi gives you a perspective that you wouldn’t have.” 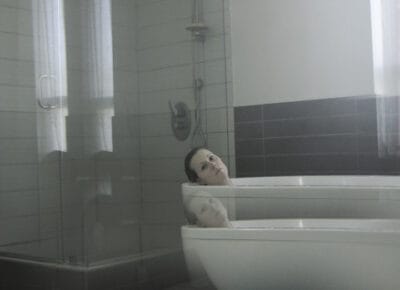 It was travelling to São Miguel, many years ago, that inspired Abramovich to start writing Between Waves. “Going to the island, I found this relief. It’s turbulent, but sometimes feels like the heavens open up. It’s in the middle of the Atlantic … in one day, it can go through four different weather cycles, which is amazing to me,” she says, explaining how the natural light was a cinematographer’s gift, and the fluctuating weather provided a moody backdrop. “The light is spectacular, the waves are powerful. When you are there, you smell the ocean air, all the time, and hear the waves when you go to sleep. I don’t know of a more magical place.”

The island is where the main character, Jamie (Fiona Graham), runs to, after her partner goes missing. The two had planned to vacation in the Azores, despite her fear of water. In her desperate pursuit to find clues about his disappearance, she keeps thinking she sees him, and at one point, becomes able to watch herself and him in a multiverse. “The whole multiverse theory has always been very interesting to me … how the choices we make can create a new timeline,” says Abramovich, adding that her film examines both realities, constantly questioning what is real. 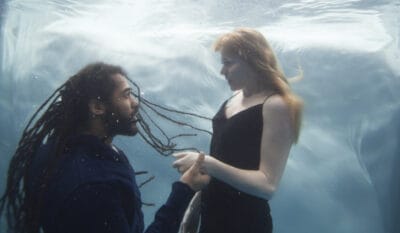 That exploration, of perceived realities, is something Abramovich has been investigating since her teenage years, when her father experienced a serious breakdown. “I would see my father having episodes and wonder what he was actually experiencing. What to me was always interesting is that at times it looked like clairvoyance. There’s this fine line, and I think we all straddle it, about what is real and what is not. Those are the things I wanted to explore.”

Straddling that line is Jamie’s struggle and navigating what is real and what is not is the driving force of the film. Similar to being stuck between waves, Jamie is disoriented, scared, and struggling to keep her head above water as she falls deeper into mania.

For Abramovich, trying to understand this space, or the place that people go when they are experiencing multiple realities, needs to be approached with compassion and open mindedness. She admits that exploring this difficult terrain in Between Waves was part of her own healing process. “I had a good friend of mine say that film is the most expensive therapy,” she jokes, but writing the film, with Katherine Andrews, forced her to confront parts of her own trauma. After years of battling mental illness, her father died by suicide. It happened when Abramovich was in her twenties and has always haunted her. 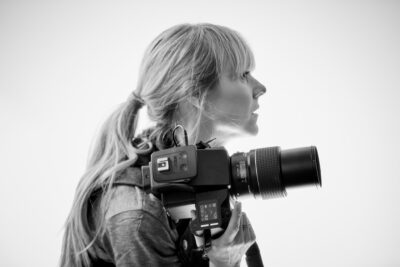 The visually stunning dramatic sci-fi is a thrilling story but also inspires conversations about how mental illness can be triggered, where it can take us, and how to move through it. For Abramovich having compassion for people experiencing things and allowing for different perspectives is incredibly important, and it’s where Between Waves takes audiences.

Between Waves is having a special screening at Toronto’s Paradise Theatre on Saturday, September 11th at 7:00pm with Virginia Abramovich in attendance, tickets can be purchased here. Landmark Cinemas will have a special one night screening at select theatres across Canada on September 13th – check your local listings. The film will then be available across the country on all major VOD platforms beginning September 21st.