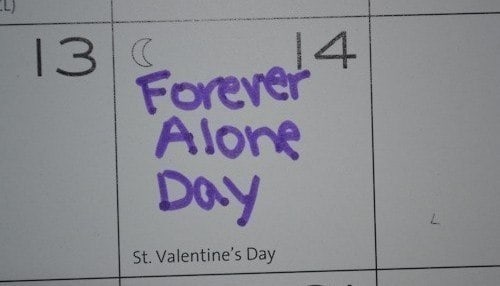 How To Be Vulnerable on Valentine’s Day

As Valentine’s Day approaches, I can already hear the groans and sardonic remarks of single folk and their committed counterparts alike.

I get it. We are all so smart. We don’t buy into the Hallmark bullshit, with its over-priced cards and stuffed teddy bears. We refuse to be suckers with our hearts on our sleeves. But then I thought of Dr. Brene Brown’s TEDx Talk, The Power of Vulnerability.

In it, she traces the origin of the word “courage”.  It comes from the Latin word coeur, meaning heart. The original definition was to share all of yourself – your whole story – with your whole heart.

February 14th celebrates the early Christian Saint Valentinus. The popular account of Valentinus’ is that during the Roman Empire, he was imprisoned for marrying soldiers (forbidden to participate in the union) and for ministering to Christians, who were persecuted by the Romans. It is said that while imprisoned, Valentinus cured the ailments of his jailor’s daughter. Before his execution, he signed a note to her from “your Valentine”.

It was only later in the time of Chaucer that Saint Valentine’s Day began to have any romantic affiliations. And not until further into the 18th century that the tradition of cards and confectionaries would grow to resemble our current celebration of the day.

In Brown’s lecture, she discusses two camps of people: those that struggle for love and belonging, and those that do better with love and belonging. The distinguishing factor between these two groups is that the latter believe they are worthy of love and belonging. Describing that group as the “Whole Hearted”, Brown talks about their perception of vulnerability as neither good or bad but necessary to experience true connection.

I felt vindicated by Brown’s words.

In elementary school, I was always the nerdy kid that gave a big valentine to my crush no matter how swiftly I would be rejected. I could always steel myself to ask a boy to dance, or send a note that read “I like you. Do you like me? Check ‘yes’, ‘no’, ‘maybe’.”

It never worked out. Over the years, I can say with certainty; my various crushes always mocked and threw their valentines away, consistently denied me a dance, and I even remember reading a ‘no’ reply from Ryan Conway at the Grade 7 Valentine’s dance with R.E.M’s Everybody Hurts playing in the background.

So with a pretty dismal batting average, why do I still step up to the plate?

I am not Fortune’s Fool but rather one who values authenticity. Brown says that vulnerability — being exposed — is the beginning place of growth and creativity. In order to create we must risk failing, we must see the two as symbiotic.

We are living in “scarcity mode”. The Never-Enough-culture. Not good enough, pretty enough, successful enough, strong enough, or rich enough. As a result, we become shut down, defensive, inaccessible, and not wanting to engage with vulnerability for fear of being seen as failing. Sound familiar?

But how are we to grow if paralyzed by anxiety? How can we love if our defenses are up? How can we dare to be ourselves without fear?

Valentinus’ final act was to connect with those who were imprisoning him by extending generosity. This Valentines day, act with courage. Have the courage to connect, to tell your story, to see and be seen.