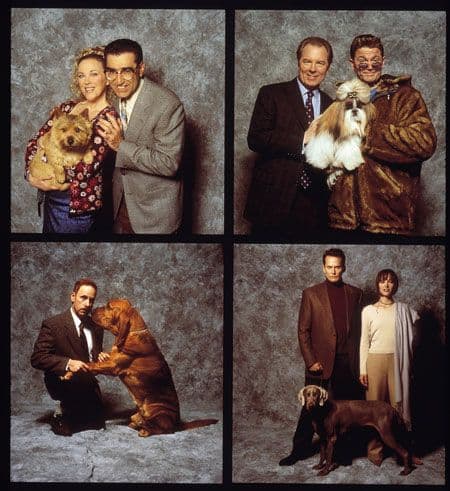 Now tell me, which one of these dogs would you want to have as your wide receiver on your football team?

On Sunday July 23rd at Christie Pits Film Festival, dive into the competition and chaos of Christopher Guest’s hilarious, pitch-perfect satire Best in Show. Far from being a mean-spirited mockery, the film reflects a genuine appreciation and affection for the insular world of dog shows and the quirky characters (and pets) that inhabit it.