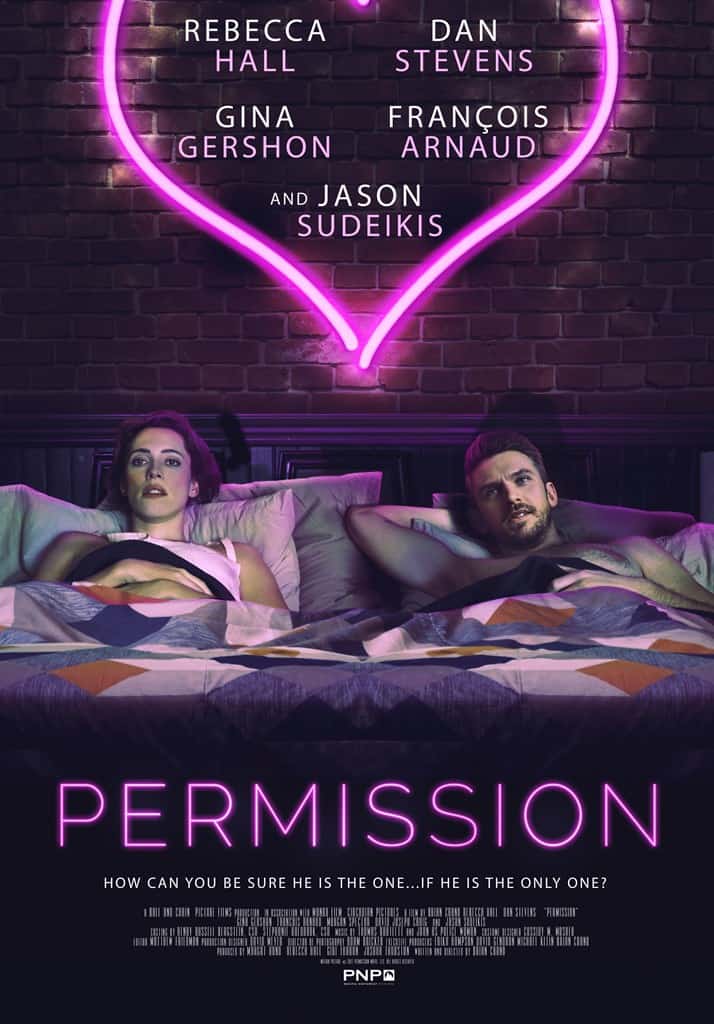 WATCH THIS: Permission Is a Delicious Film about Non-Monogamy, Desire, Sex and Self-Discovery

Brian Crano’s Permission, starring Rebecca Hall, Dan Stevens, Jason Sudeikis and Gina Gershon, is v hot piece of cinema that will leave you wanting to try new things: be it when you’re naked, or breaking ground with tough conversations.

Anna (Hall) and Will (Stevens) were each other’s first everything: first kiss, first love, first and only relationship. Now, ten years later at Anna’s thirtieth birthday party, as Will is about to propose, the couple’s best friend makes a drunken toast, suggesting that, because their relationship is so stable and boring, they should sleep around before their inevitable marriage. The joke lands like a lead balloon, and the thought lingers until Anna proposes to Dan that they try opening their relationship as a sexual experiment. Together, Anna and Dan venture out of the purely monogamous boundaries of their relationship and evolve.

“I knew I wanted to make a film in which female characters could have sexual agency without being portrayed as loose or pathological,” writes Crano, and he has certainly achieved creating something that film-loving feminists will cheer on. Beyond Anna and Will’s story, which is full of unexpected kinky twists, another equally fascinating relationship subplot unravels between Reece (Morgan Spector) and Hale (David Joseph Craig), a gay couple who begin the conversation about the desire to have children.

Aside from being H-O-T as hell, this intelligent piece of film will leave audiences questioning their own relationships. We expect viewers to be roused to engage in foreplay and inspired to tackle some delicate pink elephant subjects head on.

Opening in select theatres on February 9, in time for Valentine’s Day, Permission is a non-cheesy way to do this Hallmark holiday while sparking your groin, heart and mind. It is also available for digital download starting tomorrow, if that’s more your speed.

Because we KNOW you’ll love this film as much as we do, we’ve partnered with Pacific Northwest Pictures to offer 10 of you a promo code for a hot and heavy digital download.

Contest closes Tuesday, February 13 at 12pm EST. This film really is as amazing as it sounds. Watch the trailer now.