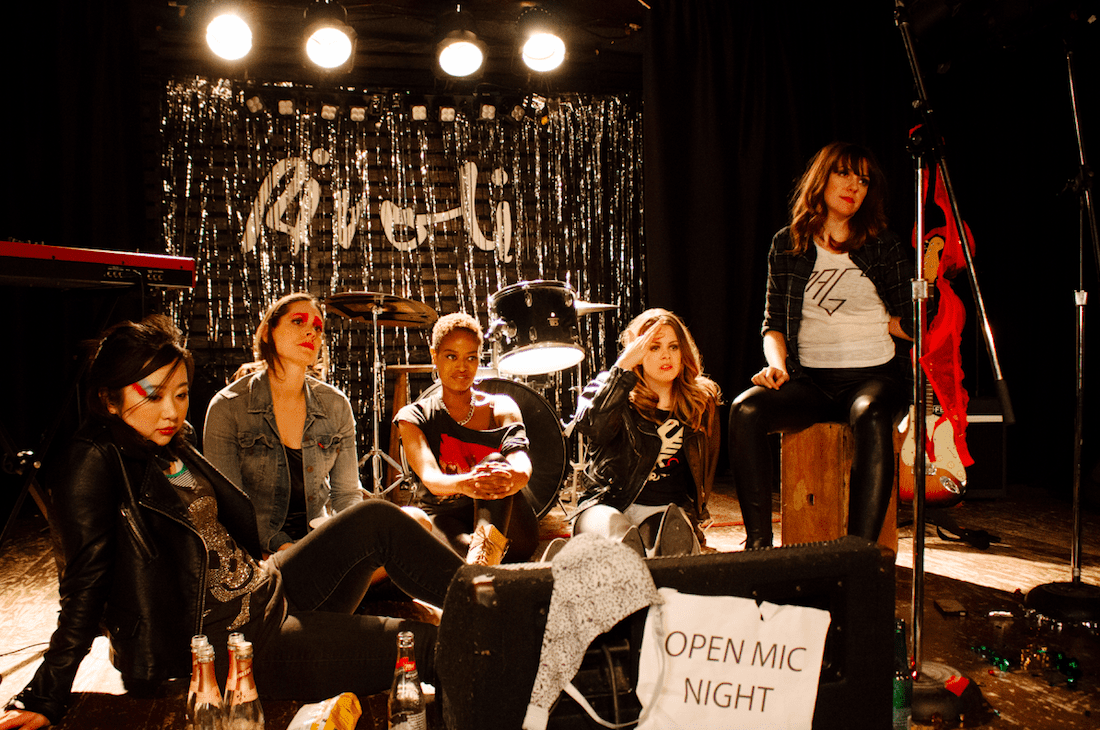 Watch This: Fed Up Middle-Aged Women Say, “SCREW IT” and Start a Punk Band. Oh Yes, We’re All Over Band Ladies

What if you blew up your life? What if you said “SCREW IT” to all of the “shoulds” that are thrust upon you by society, by your family, by that nagging inner critic, and instead put on some tight-ass leather pants, dusted yourself in glitter and got on stage to hit a drum as hard and fast as you could, and shout from your gut? It sounds like therapy to us, and it’s these “what if” questions that Kate Fenton, Molly Flood, and Dana Puddicombe decided to follow when writing their new web series, Band Ladies.

Fed up and on the cusp of middle age, a group of women, originally connected through a book club, decide to kick things up a notch and form a punk band. It’s the pretext of a great comedy, but it also mirrors a real-life fantasy.

“Somebody told me about a rage room yesterday, and I totally get that that’s in the ether right now,” says Kate. “I want to go to a room where it’s safe, and totally acceptable to just smash a whole bunch of stuff. Then I can let go of a whole bunch of anger I was bottling up and go back to my life.” Strumming a bass guitar or pounding a drum offers a similar release. 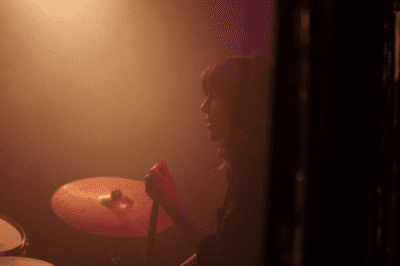 Beyond the creative fulfilment that came with writing the storyline and developing the parts, Molly, Kate and Dana love playing the instruments. “One of the things I love about the drums is that I can’t think of anything else,” says Dana, whose been taking lessons to aid her with the role, but also because she’s always wanted to. “It’s a good excuse to do something we’ve always dreamed of doing,” says Kate, who has likewise been loving her advancements on the bass.

While rocking out on stage is its own form of genuine entertainment, the show’s depth (and much of the humour) comes from exploring how this new aspect in the ladies’ lives contrasts with their everyday norm: How does being a punk rock star work with having a family? Being a litigator? “All the women in the show have strong personalities, and they all have very intense things that they’re going through themselves,” says Dana. “A lot of the magic comes from what it is that these women set free when they take the stage.”

As a thirty-nine-year-old myself, whose juggling an energetic five-year-old boy and running a small business, I totally get that desperation to freeze time, shout loudly, and feel a tinge of freedom that was so vast and palpable in my twenties. While I don’t belt it out at The Rivoli (where much of Band Ladies was filmed), I do get my “breaks” in the form of high-volume radio tunes to back my deafeningly loud singing while sitting in a parked car.

CBC’s Workin’ Moms does a superb job showing this exasperation mothers so often feel and the comedy that ensues when they find an opportunity to release, but while these women are fans of that show, it was important for Kate, Molly and Dana not to have Band Ladies be exclusively about suburban moms joining a punk band. 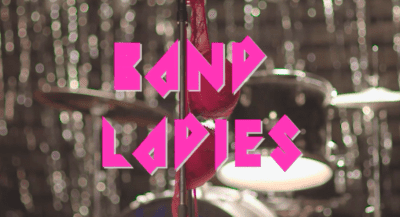 “Molly is married, they don’t have kids right now, and she’s written about the social pressures they’ve faced with that decision. I’m a single woman,” says Dana, who, in her late thirties, shares about the pressure she feels. “I still don’t know if I want children, but I’m getting to a point where it’s being drilled into me that I need to decide.” And it’s not just the kids/no kids theme they wanted to explore in this series: “This is a time in life, when people are looking at themselves thinking, ‘Who am I? What should I have accomplished? Should I be having more fun, or getting my RRSPs figured out?’”

For the characters in Band Ladies and the real-life women behind the show, getting dressed up and rocking out brings a tremendous sense of joy. “The idea of getting on stage and pounding out stuff that’s imperfect, they’re saying exactly what they want and expressing exactly how they feel, as opposed to showing off a manicured, ‘perfect’ career, a highly curated FB page. They’re bursting through that. Some of them battle more with image consciousness, others with career pressures, family obligations. This gives them a place to shatter all of that,” says Dana. “It’s okay to do something and not be good at it, to enjoy the act of it, the process.”

Turn the sound on LOUD to watch the trailer, share it, and help these ladies get the funding they need to follow this dream.