Suzannah Moore and Georgia Irwin (Second City alums) have joined forces with producer Natalie Urquhart to create a heartfelt comedy about flawed, city-dwelling witches. In Witches of Parkdale, two young witches have to come to terms with their own powers (and get messy along the way) when faced with a set of trials by the Grand Witch Council to prove their place in the witch community. It’s Broad City meets Practical Magic and set in Parkdale.

We chatted with Moore about the project.

SDTC: Can you explain how Witches of Parkdale came together?

SM: Georgia Irwin (co-creator/plays Madge) and I were in the Second City Conservatory program together a few years ago. We pitched a sketch idea about two witches who kidnap two “bros” in order to experience a date-night. Needless to say the scene flopped when we workshopped it, and we couldn’t properly answer our director when asked, “What is this scene about?” But we held onto the characters Winnifer and Madge, two awkward old-timey witches living as roommates in modern Parkdale, Toronto.

We sat with/evolved these characters and their world for two years until we crossed paths with our brilliant firecracker producer, Natalie Urquhart, who really got things moving. We shot a teaser to test out the tone and aesthetic (always a trip!) with a talented and patient team. We look forward to shooting a full season once we lock in financing. 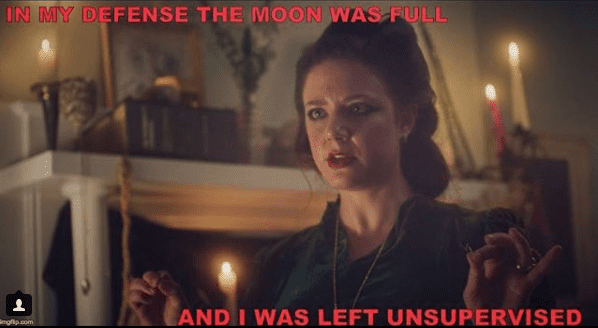 Why was it important for you to do a project about female power at this point in time?

It’s an indisputably charged time for female empowerment. Any creative or political project featuring female voice is valuable right now (and always!). We’re having fun playing with the topic of power in *magical* terms.

Magical powers in our show are analogous to things like confidence, worthiness, and self-love. We feature the witches’ relationships with their own powers. And! This inevitably became a way for Georgia and I to explore our own relationships with personal power as we built these highly flawed characters and wrote the plot.

Why do you think witchcraft/magic is currently resonating so much with young women?

What an amazing question! There seem to be so many crossovers between fantastical language and everyday talk. The idea of “intuition” comes to mind. Someone who doesn’t believe in magic could easily talk about following their intuition or gut in order to make the right decision. From how I understand it, witchcraft and magic help people connect with their own empowerment. Is that gross?

And I think it goes for women of all ages; anyone can resonate with magic. I often read my horoscope–not because I think it’s infallible science but because it’s a way of reflecting on my own life. And it’s fun! Often uplifting! Crystals? Same thing! Sue me!

What have been the challenges you’ve faced in putting Witches together?

On the creative side: Georgia and I get overwhelmed by how vast the options are for creating witch content! There can be so many different kinds of witches and ways to portray magic. We’ve watched a lot of witch movies/TV shows and they are all really different. So we’ve picked and chosen what we like about certain worlds and powers, but ultimately we’re building our own magical realm in the underbelly of an otherwise mortal Toronto.

An ambitious aspect of this web series is The Witch Council. In the story, Madge and Winnifer face an illustrious Witch Council. We want to cast real women in positions of power around Toronto (actors or not), so that will take a lot of letter-writing and hoping for the best, but we are unabashedly shooting for the stars. Atwood? Are you reading this? We want you. And we’re going to try really hard to feel worthy. 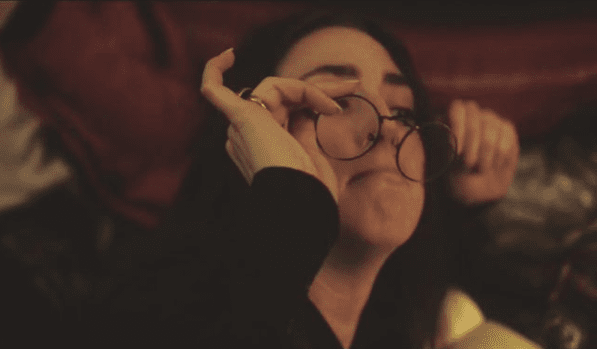 What should viewers expect from this completed web series?

Expect a heartfelt, human comedy about witches. This is a series about witches with broken relationships with their own power and a penchant for turmoil.

We are aiming for eight episodes (four to six minutes each) where Madge and Winnifer face a string of tests from the Witch Council to prove and safeguard their magic. This will have them running around the idiosyncratic neighbourhood of Parkdale (and likely other ‘hoods in Toronto), performing various acts of service while trying not to disrupt the mortal realm too much.