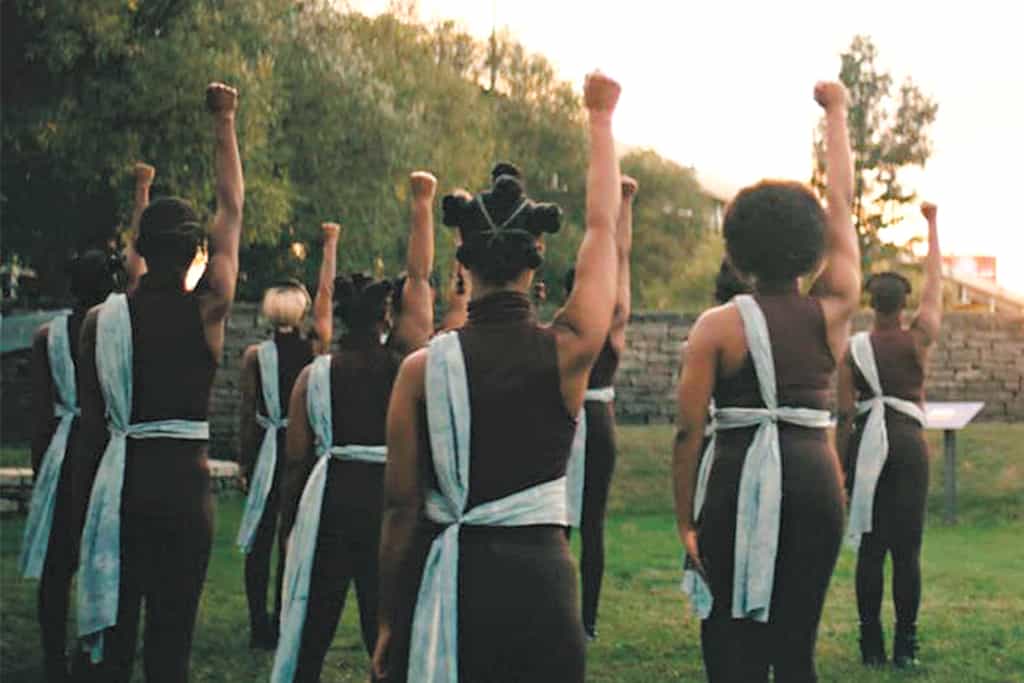 Toronto History Museums are evolving, thanks to the City of Toronto’s Awakenings project, led by Artistic Producer, Umbereen Inayet.
The initiative is part of The City’s commitment to anti-racist work, with programming rolling out over the next three years. But the overarching vision of Awakenings is that it will be a part of Toronto History Museums forevermore. “Awakenings is a philosophy that is here to say. It’s basically saying: we are anti-colonial, and we’re not going back. Our eyes are open to the truth and we’re not closing them. It’s about an awakening that we all had in 2020.”

For Black History Month, Awakenings launched a series of art projects created within the Toronto History Museums by Black, Indigenous and artists of colour, operating under the principles of anti-oppression, anti-colonialism, and anti-racism. “I was interested in exploring the hidden truths,” says Inayet, who spent six months combing through old texts and working closely with historians to uncover stories from the past that are missing from our museums.

“There was an anti-slavery conference that took place in the early 1800s at the St. Lawrence Centre; there was a group for Black and coloured men that fought in the war of 1812; there are Indigenous groups that you don’t hear about who fought for Canada’s independence,” says Inayet, listing out several facts uncovered during her research. “I didn’t even really know what the Toronto purchase was about. We have been doing these land acknowledgements and I realized that it wasn’t a treaty but a purchase. If it was a treaty it would have been fair.”

Inayet then took the truths that she learned and gave them to artists to create from. “I wanted them to imagine what our world could look like from here,” she says. The result is a powerful assortment of artistic work that will have everyone reexamining our history, and asking why these stories were not readily available, or intentionally absent. “It makes you really think about what is held in reverence.”

Kitchen Concerts at the Inn, featuring Jully Black, Kardinal Offishall and other outstanding performers, is a music series celebrating life and honouring the story of Joshua Glover, a freedom seeker who escaped enslavement and jail in the United States and then lived and worked at Montgomery’s Inn. 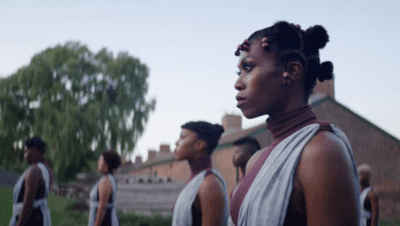 Choreographed by Esie Mensah, A Revolution of Love is an incredibly powerful short film that follows a young Black woman as she grapples with the histories of her ancestors and the present-day violence ravaging her community, and begins to imagine what her future looks like through dance. Conceived by an internationally recognized Black creative team and featuring the words of Assata Shakur, this piece spotlights 15 women of varying shades as they come together to re-frame revolution in the name of love. In partnership with Soulpepper Theatre Company , the piece was filmed at Toronto’s Fort York National Historic Site, and shows the site in a way that has never been seen before.

“We’re not just doing documentaries, were taking this content and were commenting on it: if this is how it was, how does it relate to these times, and how do we build a brand new future knowing the mistakes that have taken place, and histories that have been erased?”says Inayet, who shares that the healing is not only in the exhibits themselves, but the coming together of artists to create them.”

The Awakenings program has received tremendous positive feedback, but Inayet shares that the comments that move her the most are the expressions of gratitude shared succinctly in one or two words: THIS or THANK YOU. Those simple yet poignant responses that have moved Inayet to tears. “It shows that we’ve been able to validate people’s emotions who may have felt that places in high power didn’t really care. That’s how history has been illustrated, it’s a colonial history. We’re changing all of that.”

All of the exhibits in this Black History Month series are available to watch at Toronto.ca/museums, and will not disappear at the end of February.
The Awakenings program also has an Artist Mentorship with Soulpepper Theatre Company, and encourages creatives from underrepresented groups to apply. The deadline is February 25 at 11:59 p.m.