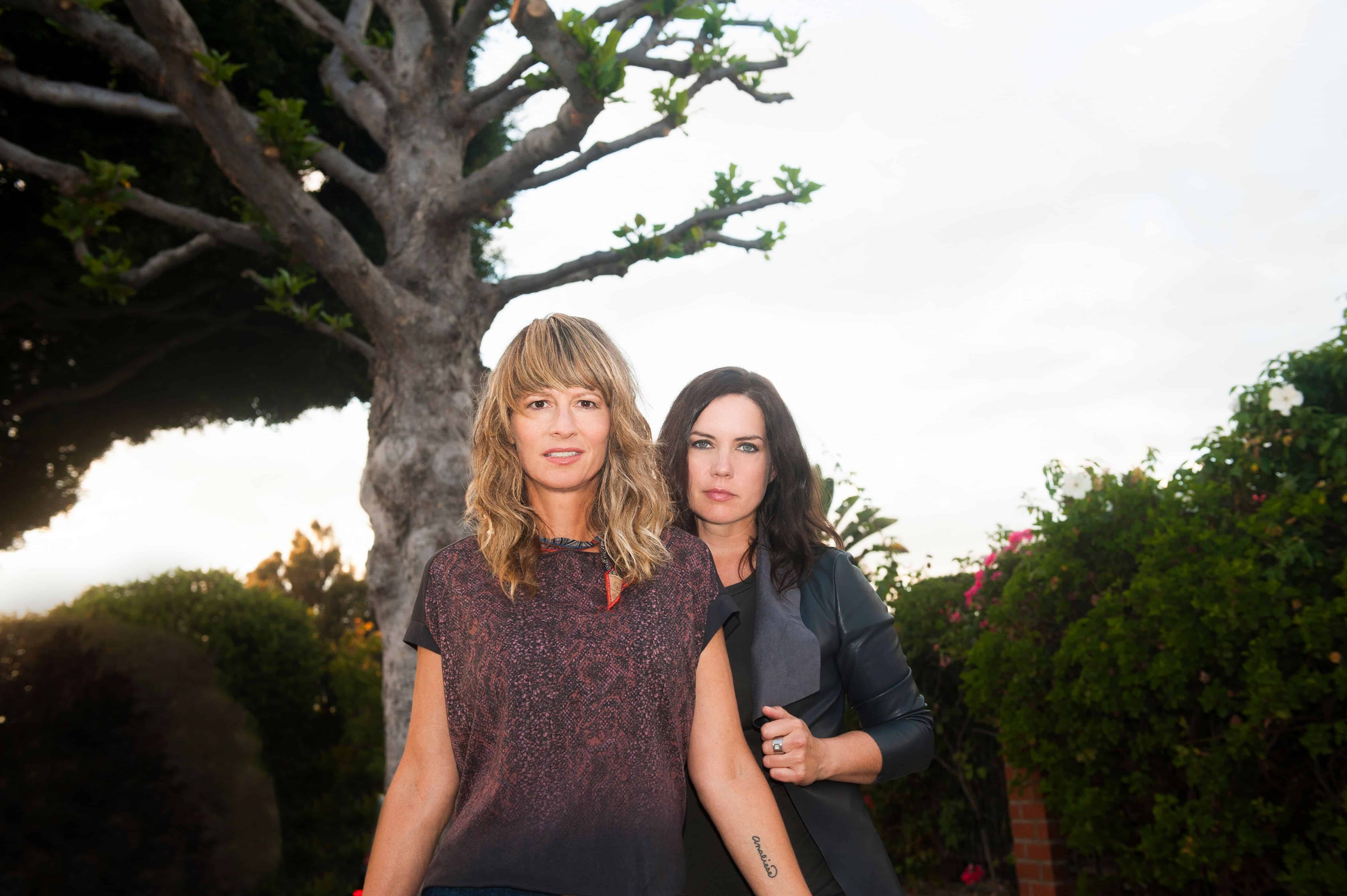 We Asked Brenley & Lisa: What’s Your Secret To Staying Together?

Brenley MacEachern and Lisa MacIsaac make up the acclaimed Juno-nominated duo Madison Violet. Their spectacular new album, Everything’s Shifting, came out in March. And this year, the band also marked their twentieth anniversary(!). Before they begin a month-long tour in Germany this November, they’ll be stopping at Hugh’s Room on Thursday, September 26 to plays some new faves from the album.

We caught up with them this week.

SDTC: What was happening in your lives when you were writing Everything’s Shifting?

A lot of significant changes. I was dealing with the loss of my niece, Analiese, who had recently been killed in a car accident, and was trying my best to take care of my sister through the trauma. Shortly thereafter, I relocated to Los Angeles. I think this vast space between us allowed Lisa and I to explore some very emotional topics. I guess you could say that this record takes a large glimpse into our lives, examining how these memories have left our hearts in fragments.

How does this latest album diverge from your previous work?

Change is something we’ve always embraced as individuals and collectively as a band, but our taste in music has never changed. The genres of music we listen to have always fallen under a wide umbrella from gritty old country music like Patsy Cline and Dolly Parton to Neil Young and Cat Stevens, and runs the gamut to Rhye, Miley Cyrus, King Princess, Sofi Tucker, Massive Attack and Portishead. It all comes down to a great song and a melody that won’t leave you, and whether or not it stops you dead in your tracks in the middle of a conversation, to turn it up and give it your full undivided attention.

The first two records that I made was in a band called Zoebliss, a trip hop band heavily influenced by Morcheeba, Tricky, The Sneakerpimps, all the 90s trip hop bands, and the first Madison Violet record, Worry the Jury, was a very much a pop record. Our second record, Caravan, was a little more alt-country and definitely influenced by Nick Lowe, because we couldn’t stop listening to The Convincer. It’s only natural that the music we’ve made has changed over the last 20 years and to some extent, I think it’s come full circle on this new record. It’s a singer-songwriter album, with lush string arrangement, that’s both acoustic and electric at times. We have touched on some pretty heavy topics, like coming out, addiction and abuse, but there are also some, as Ed Robertson from the Barenaked Ladies called our track, “Second Hand Fiction” bops. Hopefully something for everyone.

Walk us through how you put a typical album together.

I’d love to say we have a formula, but honestly I don’t really know how it unfolds. Sometimes we get into a room for four or five days straight and write for hours on end, and other times we’re alone and we start a song and send it to the other when we get stuck. We will usually write around 20-25 songs and then pick 10-11 songs to record from the pile. Sadly, those other songs get tossed aside, never to be played again. We both write lyrics and the music and have been performing for so long together and know each other’s families so well, that when the story of a song is very personal to one of us, it’s still very natural for the other to continue writing the story. It’s like we have a hive mind at times, knowing what the other is meaning to say, when she can’t find the words herself. We are very lucky that way.

How do you recharge when you’re burnt out?

Recharging for us comes from trying not to think about the future and trying to remain with this very moment we’re in right now. Thinking about the future quite often leads to disappointment and trouble, so if the guitars stay in their cases for a week or longer after an extensive tour, rather than feel guilty about it, we accept that we need the break from it and wait until the urge comes to pick it up again. We both love to play tennis, and I love to spend time with my dog when we’re off the road, so that also helps to decompress.

You’ve been together for 20 years. What’s the secret to making it work as a band long-term? What have been the biggest challenges you’ve faced, and how have you overcome them?

You would think it’s hard to imagine that we’ve been making music together for so long, but honestly it’s more difficult to remember what life was like before we met. We’ve been through so much together—one tragedy after another, beginning with the murder of my brother Stevie, a miscarriage, Lisa’s brother Henry lost in a car accident and then the death of my niece Analiese. Death has become the muse it seems. It hasn’t been easy, but we’ve always been there for one another through the journey. The first ten years, we shared one cell phone, a bed, did everything together. We made four records, moved from hotel room to hotel room living out of a suitcase, on tour eight months of the year, and at the same time trying to navigate a romantic partnership. The last ten years we’ve lived apart, both in new relationships, and we’re still trying to navigate our way through different obstacles every day. There’s definitely been a huge shift from the romantic relationship to the business relationship, but being in any band is like being in a marriage. It takes a lot of work, but our trust and faith in our friendship has always been the glue that keeps us together.