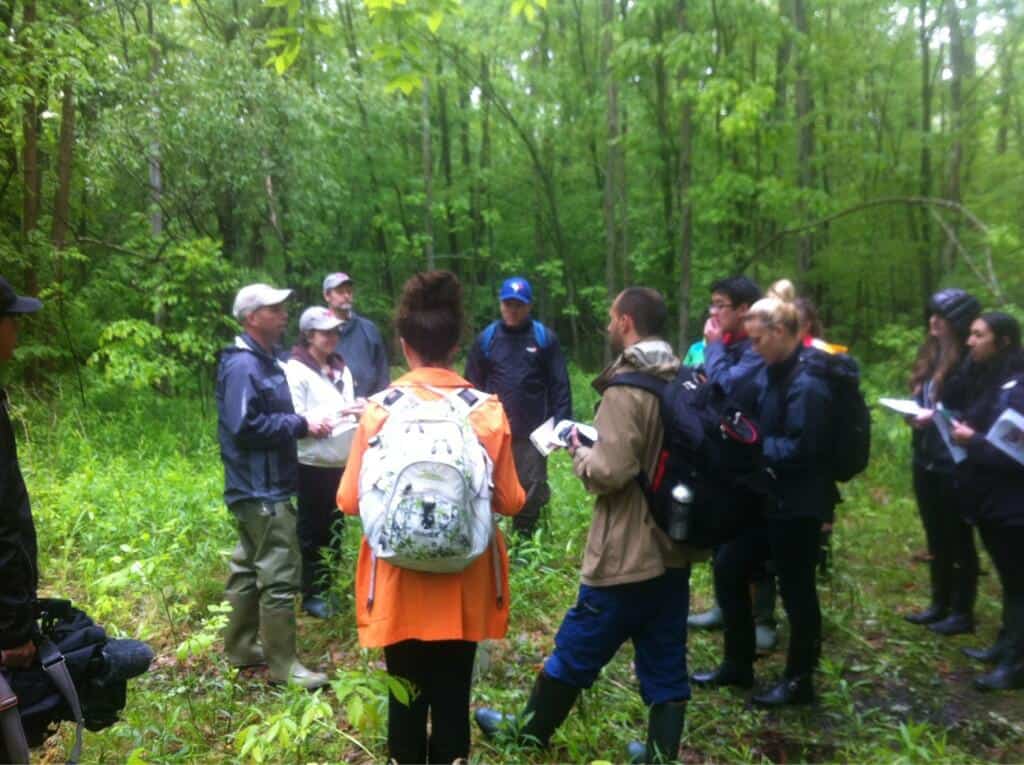 If you were stranded in the wilderness, could you survive? I have always wondered if I would (and always assumed I would fail miserably). But thanks to Slice TV and their new show 72 Hours, I got to learn some wilderness survival skills, and even put them to the test.

Growing up in the prairies, I had very mild experience with wilderness survival; my idea of camping is hanging out in a lovely warm and dry cabin. So when I got the email from Slice TV saying they wanted to take a bunch of media out for an adventure in the wilderness, I was skeptical as first—but then the excitement took over.

All of the media participants met, and we hopped on a bus that took us out to the boonies near Paris, Ontario. There we met a lovely group of people from Trek in the Wild, a company that specializes in this stuff. We spent the morning learning basic survival skills like how to build a fire, what foliage is edible, and how to build a shelter.

What I learned from these lessons was: I probably don’t have the patience or arm strength to build a fire, that you can eat Cattails, that the ground sucks out a lot of heat from fire and your body, and ultimately, that I would probably cry if I was stuck in the wilderness.

After those lessons, we had a lovely lunch cooked over the fire. Right there my day was made; as a farm girl, I truly appreciate cooking smokies over the fire and shoving burnt marshmallows into my mouth.

Once we’d eaten, the fun really began! Geo-caching was the plan for the afternoon. For those of you that don’t know what it is, it’s pretty much a scavenger hunt done with compasses. We were split in to three groups and paired with a guide, and the race began.

My partner and I were a great team, but we didn’t win the challenge because we were stuck in the same area for a good half an hour (we were looking at the wrong dimensions). But oh well—we sure as hell had a lot of fun. Hopping, wading, running, and slipping through a thick, wooded swampy area had to be a highlight of my month. I was told at the end of the day I move like a gazelle: best compliment ever.

72 Hours is like a mix between Survivor and Amazing Race. Nine strangers are put out in the the wilderness in groups of three, and given 72 hours to navigate their way to the $100,000 prize at the end. They are given minimal supplies, but have the option for a “relief drop” that provides them with some helpful tools (and results in a one-hour penalty). And remember, it’s a race!

Each week there is new teams, new locations, and new challenges. It will keep you on your toes and is definitely worth checking out. 72 Hours premieres Thursday, June 6 at 10pm ET/PT.