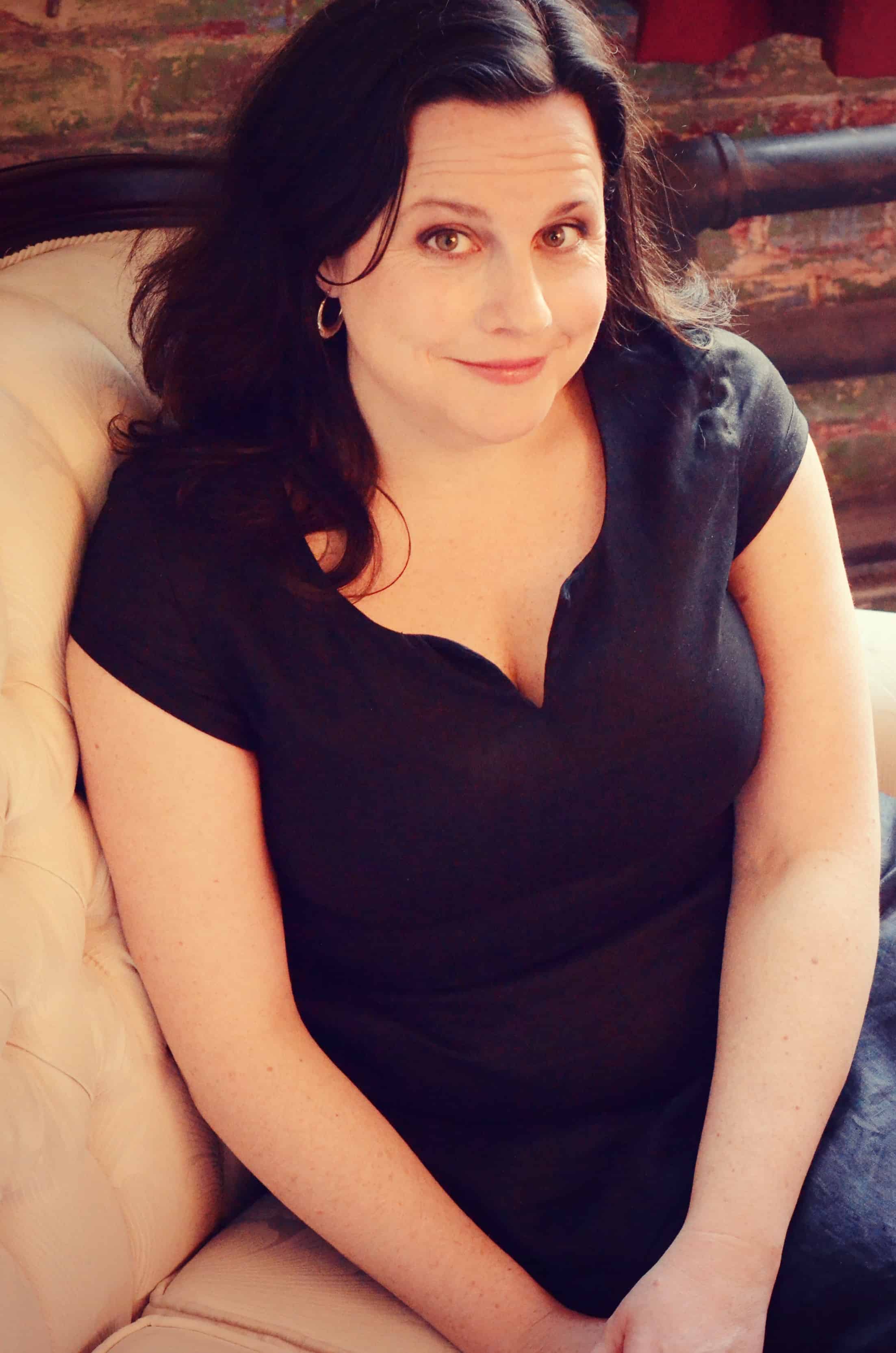 Kerry Clare’s book, Mitzi Bytes, is described as a grown-up Harriet The Spy for the digital age and was among Toronto Star‘s Most Anticipated Books of the Year. 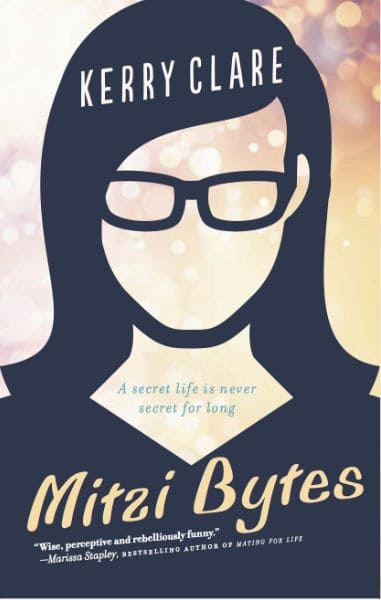 KC: After years of firmly believing that mornings are for sleeping in, I’ve developed a new habit of getting up at 7:00 a.m. to go swimming at a nearby pool, and I am as surprised by this development as everyone who knows me. But it’s an amazing way to start the day, and it also completely justifies the years I’ve spent being totally useless in the morning and ineffectual at aiding my children’s morning routine—now I am totally redundant and can go jump in the pool while my husband organizes breakfast.

If it’s not summer (and sadly, it usually isn’t) I deliver my daughters to school and then head home to get some work done. I am editor of the Canadian books website 49thShelf.com, where my tasks include things like compiling lists of Canadian books about sharks—so obviously I have the best job ever. The hours between 9:00 a.m. and 3:00 p.m. are never enough, and they are packed with freelance writing assignments and writing posts for my blog, Pickle Me This. And if I’m working on a first draft of a novel, it’s here where I meet my goal of writing 1000 words daily. Because I am a blogger, I write novels like a blogger writes: a little bit at a time, making it a habit, setting one chunk of words in front of the other, ever forward-facing, a work in progress.

And then the rest of the day is fetching children, making dinner, eating dinner, aspiring towards some family leisure if I’ve planned our time well enough—a board game, a bike ride, and lately we’ve been getting into musical jam nights. Stories are read, and by 9:00 p.m. my daughters are in bed, and then I get to read, my very favourite thing of all. I do my best to turn out the light around 11:00 p.m., but if a book’s really good it will be later.

I decided I wanted to be a writer when I was eight years old and wrote a precocious, terrible poem and got a lot positive feedback. I spent the next decade and a bit partaking in the opportunities for aspiring writers in the educational system and at university, and there were so many of these. When I finished school, however, it was a whole other world and once I was outside of campus life I had no idea how to connect my writing dreams with reality.

Three things, however, showed me the way. The first was READING, which I did all the time and widely. The second was the Master’s Program in Creative Writing at the University of Toronto, which connected me with a literary community. And finally, my blog, which is where I went to puzzle out life and literature as I was trying to figure out both. When I finished my degree, I had a boring novel that no one wanted to publish (which I’m grateful for now) but because I had a blog I got to keep writing, learning and growing instead of simply wallowing in my failure. My blog, really, has been my greatest education, because with it I wrote my way towards the kind of writer I want to be.

Take your time. As I said, I was a failed novelist at age twenty-seven and if you’d told me that it would be another ten years before I became a published author, I would have been devastated. But in retrospect, it was the best thing that could have happened to me. I am so proud of Mitzi Bytes, the book I was meant to write, and when I look back at what I was writing in university, I see that I still had a long way to go. And my other piece of advice is courtesy of the amazing writer Caroline Adderson who wrote, “Of course, the best antidote to the disappointment of the literary life is to read.”

I’m excited to see more diverse books being released and, even more importantly, marketed toward the mainstream. I just read Annie Muktuk and Other Stories, the debut collection by Inuk writer Norma Dunning, and I loved its playfulness, bawdiness and fierce sense of justice. I look forward to reading Saints and Misfits, by S.K. Ali, and also The Mother, by Yvette Edwards, which was recommended by Toronto critic Donna Bailey Nurse—my copy is on order!

And while I’m not all that nice a person, a thing I’ve learned after ten years of writing book reviews is that every book has its reader, and that instead of loathing terrible literary trends, I can just happily ignore them.

As noted above—diverse authors! Brampton’s Festival of Literary Diversity is an incredible event and I came away with all kinds of books by writers who were new to me—so I think many of us should be seeking out work from their lists. And my other pet love is commercial fiction by amazing Canadian women writers—my friend Marissa Stapley and I had a conversation about that here.

A thing that I would particularly love, however, would be the worlds of diverse authors and commercial fiction meeting in Canada—I would really like to read a Canadian equivalent of Brit Bennett’s The Mothers, for example, or The Turner House, by Angela Flournoy. Black American women writers are blowing my mind lately.

I’ve finished the second draft of a novel called Asking for a Friend, which portrays twenty years of friendship between two women from their student days and through the joys and complications of motherhood. It’s about the ways varying experiences of maternity can bring women together, but also push them apart.

Meet Kerry and other fascinating authors at this year’s Word On The Street Festival on Sunday September 24th from 11 a.m. to 6 p.m. Get more information here.