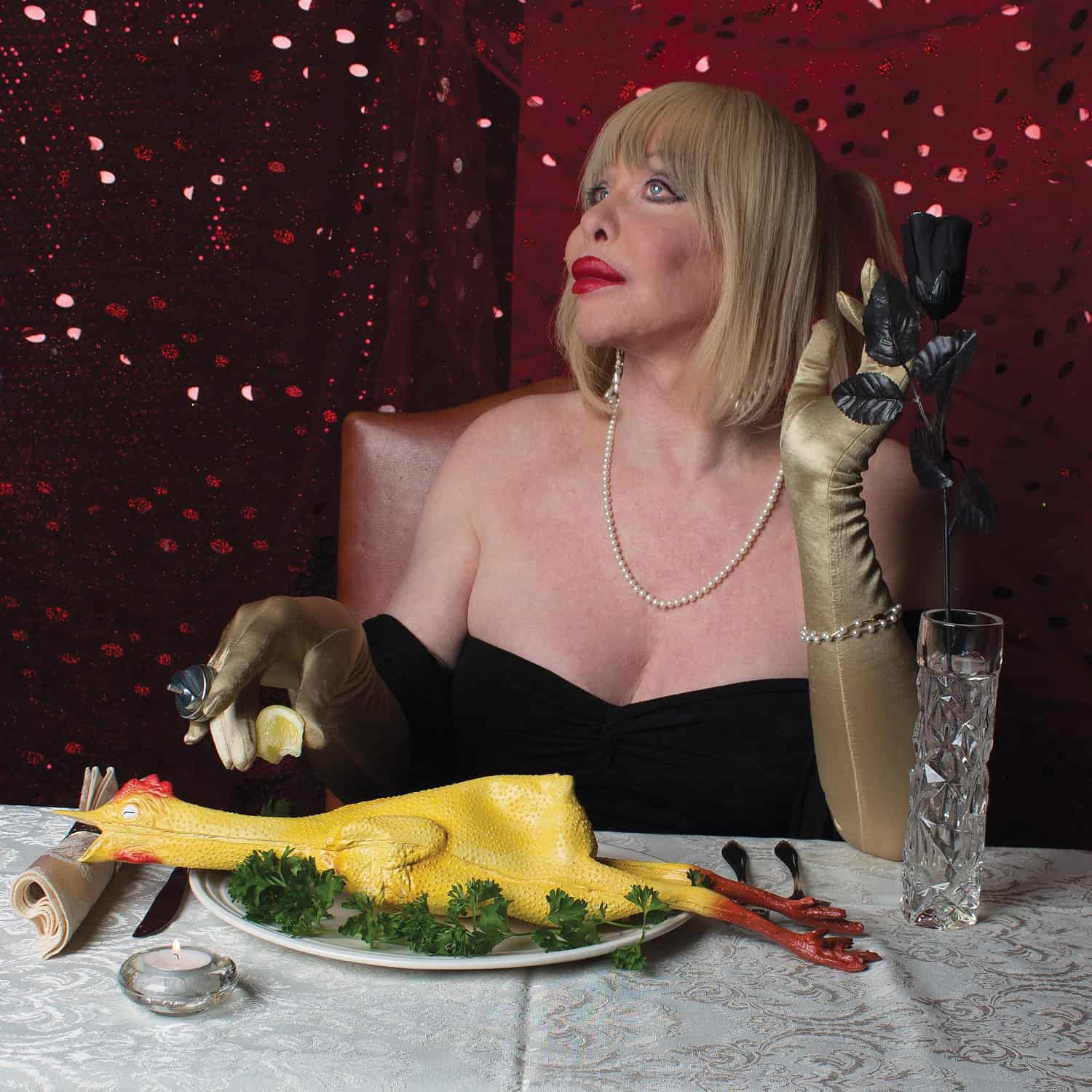 Mandy Goodhandy: What Transgender Day of Remembrance Means To Me

Today marks the beginning of Transgender Awareness Week, culminating in the Transgender Day of Remembrance on Tuesday, November 20. Despite recent advances, transgender and gender non-conforming people continue to face violence at alarming rates, and discrimination against them persists.

Mandy Goodhandy is one of Toronto’s most candid and inspiring transgender artists as well as Canada’s first transgender stand-up comedian. She’s also the owner of Club 120 and 120 Diner (120 Church St). She just released an album and in-depth memoir of the same name, Just Call Me Lady.

This week, we asked her about the memoir, her life, and what Transgender Day of Remembrance will mean to her this year. 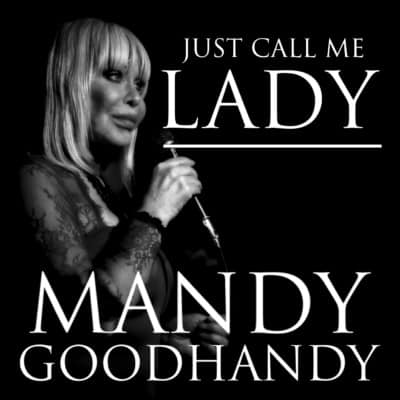 SDTC: When writing Just Call Me Lady, were certain parts more difficult than others to write?

MG: When you look back into your life, you kind of want to take what happened and look at some of the things you’ve done. You’re only doing it fleetingly in your mind, but when you’re actually writing about it, you’re reliving it. And so [when] I was writing it, I felt like I was there. It was tough in places.

Where you tempted to omit anything?

It was kind of exciting, too, to be able to delve into that. That’s one of the things I get from people who’ve read the book: “You’ve put a light on sex work.” All they hear is the bad sides of it. Don’t get me wrong, there are a lot of bad sides, but that’s all people hear. They’re not hearing that some use it as a legitimate business, and they’re proud of doing it.

While putting pen to paper, was there anything new you learned about yourself?

In a way, I learned that I was more proud of my life than I actually thought I was. I learned that I love my father even more deeply than I thought I did, because I had dismissed every single thing about him that was positive and only focused on the negative of this drunk, verbally abusive man. It was quite a learning process.

Especially when I was able to relive the realization of me being trans all that time, and denying it, and fighting it. When I look at people now—older people who are transitioning, or people who did later like I did—I think, what took you so long? Then I think, what took ME so long? What the hell am I doing judging? [Laughs]

For me, it was just a process. I wasn’t ready, or didn’t want to face it, or didn’t really know what the answer was. Back then, that’s the last thing you’re thinking about. Young people now can go, “I feel like I was born the wrong gender, or I feel like I don’t want to be boxed into a gender.” And a lot of people now are supporting that.

Would you say it’s easier for trans women now?

A lot of women say they feel invisible as they get older. Do you feel that way?

Not yet. But I can see that it could happen. I haven’t noticed it, but I know it’s there, because I see people doing it to women. The way people treat women is bad enough, but once they become seniors, all of a sudden they’re not even there.

When I’m onstage at 120 on Wednesdays, a lot of people in the audience are older women. It’s so nice to see that, because when you go into a nightclub, you don’t usually see older women. They feel like, for some reason, they’re not allowed to go out and enjoy themselves. Society has trained them that way. It all stems from women and girls being trodden down: you’re married, you have kids, you shouldn’t be going out anymore. I saw the training of that because I have two sisters and they were dealt with differently.

The thing about being a trans woman is you’ve lived both lives. You’ve seen both sides. I’ve had wonderful conversations with my sisters about the realization of the way they’re being treated. Living as a man, and seeing how men look at women and deal with women—to be able to see all that, it’s enlightening and upsetting. 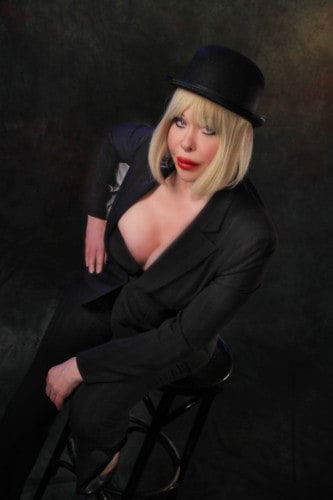 What do you think men and women crucially misunderstand about the other?

There are a lot of comedy jokes about that exact situation; people are listening and watching it, but they’re not processing it. Women, a lot of the time, think in an emotional way (but I don’t want to generalize). They can be much better communicators about how they feel. Men are very closed off and it’s like you’re pulling teeth trying to get anything out of them. You see that everywhere—movies and TV. Men will talk to each other, but not on an emotional level. It’s all very surface and they don’t discuss their feelings with each other, but they will bond with each other in a much closer way.

I’ve watched and heard the way men talk about women, and it kind of turns me off of men. Even though I’m attracted to men, I don’t like them. I never had anything in common with them when I was trying to be one of them, and I was uncomfortable all the time, and they were never my friends. Women were always just naturally my friends. I had much more in common with them. When I tried to have relationships with women, it always ended up in friendship, but a very loving friendship. It’s almost like, the man was good for the orgasm, but the woman was good for everything else.

I’m glad to hear I’m like every other woman in the world! [Laughs]

You’ve experienced so much, what are you looking forward to next?

In my head I have things I would like to do, but I haven’t made a decision on how I’m going to do anything because I’m going to see what the universe holds. The club and restaurant we have is being bought buy a company that plans on ripping it down and building a condo, so we have a year left of our lease. They have to make a decision. As we get closer, I have to come up with some options of the direction I’d like to go. Being 65, I thought I’d want to retire and move to a little place and live out my life, then I thought, that’s not me. There’s a reason why I’m getting an opportunity to mouth off right now, and I want to take full advantage of that. I want to get more into mainstream audiences so I can educate.

What will Transgender Day of Remembrance mean for you this year?

I’ve seen that hatred. I’ve seen the look. I’ve seen the look on a man’s face when he’s had an experience with you, and he’s paid you money for it, and he’s come to the realization of what he feels he just did, because he was with a penis, he felt he was with a man. When that guilt and that hatred of himself comes out after the act, they want to run out the door as soon as they come. They either do that or they become somebody else. That person who they were in the beginning when they just picked you up; when they were so turned on. Once it’s done, they become something else. I’ve seen that in people’s eyes and in people’s faces. It’s terrifying. And that’s what’s happening with the young trans people out there where you bump into the wrong man.

Unfortunately, it’s a very sad time for me every year. That’s where it goes; we’ve lost so many trans women and men. People still don’t understand us, they’re not educated enough and they feel they’re allowed to lash out.

How can we better support the trans women and men in our lives?

It’s a matter of asking questions if we don’t understand why and how they are trans. My family already knew who I was; whatever gender or sexuality I decided didn’t change me. So it was easier for me that way. With friends and people that I bumped into later in my life, they treated me a little differently in some cases. And that was only because there was discomfort. I made sure that I had conversations: “Remember when I did this? Remember when this happened?” That’s how I always was. I’m still me.I’m not being a character of a woman—I’m being me, only I’m living more comfortably.