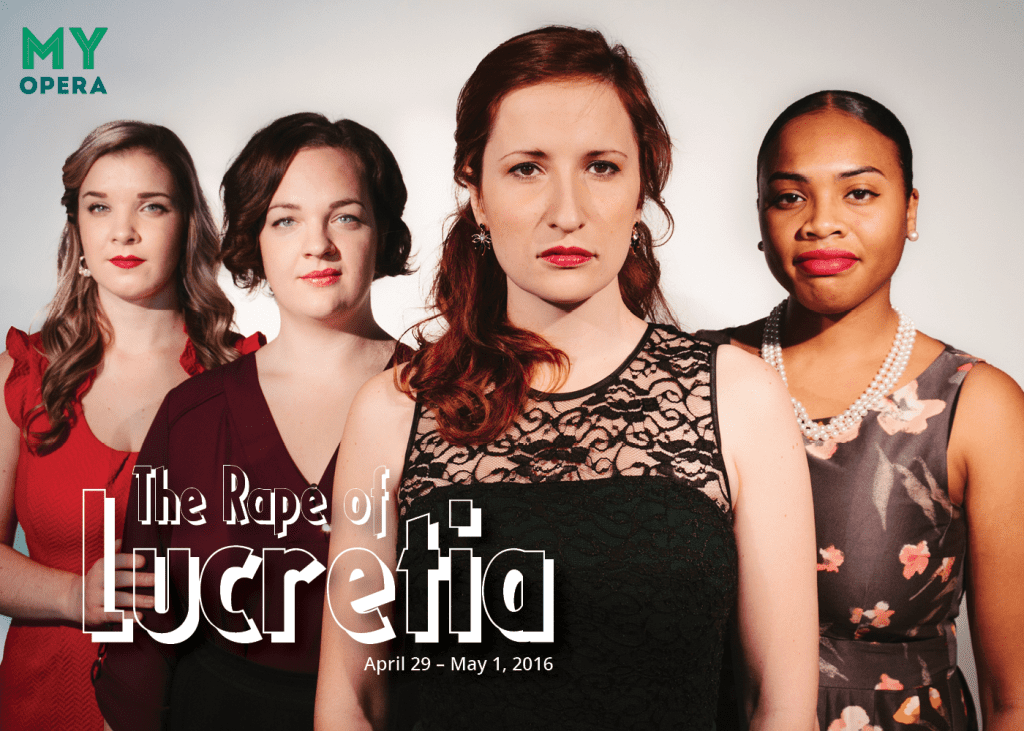 What We Can Learn From ‘The Rape of Lucretia’

The Rape of Lucretia is the story of the sexual assault of a housewife in Ancient Rome. It has been reimagined by MYOpera’s all-female artistic team for its new production. The chamber opera, which follows Lucretia’s trauma and its aftermath, explores themes of manipulation and abuse in the quest for political power and personal gain.

We spoke with MYOpera’s Founder & Artistic Director, Kate Applin, ­and the Stage Director, Anna Theodosakis, ­to find out their reasons behind tackling such an emotionally fraught subject.

SDTC: Why you were drawn to this specific opera?

Anna:​ The music of Benjamin Britten is gorgeous and thought provoking but beyond that I was interested in the relevancy of the opera’s message. ​The Rape of Lucretia circles around the​ idea that survivors of sexual assault are often exploited by society. Their stories are not respected and they are misrepresented. In the original setting for the story, Ancient Rome, Lucretia is mistreated by a society eager to capitalize on her experience for political gain. In our production we have updated it to Italy in 1946, against the backdrop of a post­-WWII political campaign, and there is an element of the public face (or press) that permeates the story. We’ve seen examples of this throughout history and most recently here in Toronto with the Jian Ghomeshi trial — where the women’s voices were so easily manipulated by all parties. In producing Lucretia, I want to draw attention to the fact that this exploitation was happening in Ancient Rome, in 1946 when the opera was written, and unfortunately is still going on today.

Kate: ​This opera has been on my wish list for MYOpera for many years, but I knew that I wanted the company to mature enough to be able to do the piece justice. When I landed on doing an English opera this season, and when I knew for sure that this exceptional artistic team was lined up to helm the production, L​ucretia rose to the top of my list of contenders for the ​season. It’s an intelligent, thoughtful, and challenging work that will be rewarding for the audience and the team involved in putting it on. When Anna came to the table with a 1946 setting of the show, I knew we would have something special to offer audiences. Her adaption is exciting, fresh, and relevant. 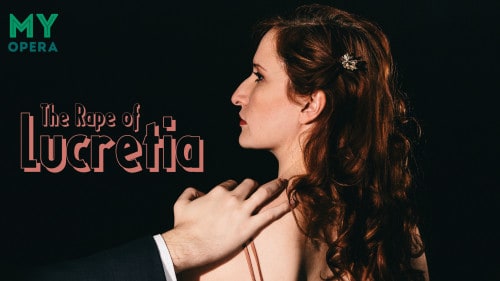 How did you choose to represent the sexual violence in the opera?

Anna:​ It was really important to me that the depictions of sexual violence in the opera never be gratuitous. MYOpera has an ongoing partnership with sex­-positive advocate Sophie Delancey who helped ensure our marketing is appropriate and the staging is thoughtful. Luckily Britten and librettist Ronald Duncan do not go for shock value in the score itself. Their choice of timing has proved to be very sensitive and by following their lead I was able to shape the scenes of violence so they are free from unwarranted exploitation.

Kate: ​Choosing to mount an opera like this meant ensuring that our team was up for the challenge. I put a lot of faith in the integrity and conscientiousness of my artistic team throughout the rehearsal process, but with that came the need for some reflection ahead of time. As Anna mentioned, Sophie Delancey was a great resource for us before we headed into rehearsals, enabling great conversation around our approach to this subject matter, and rallying this awesome team together toward one unified vision before we hit the ground running.

What would you like viewers to take away from the performance?

Anna:​ The more that the arts explore the subject of rape, the less stigma surrounds it. By presenting the story of one woman, hopefully others can find their voice as well. I want the audience to have an understanding that these tragedies have been taking place for thousands of years and it’s time for the injustice to stop. Hopefully this production can spark a conversation about sexual assault and how we can help prevent it.

Kate: ​I’d like the audience to recognize the timelessness of this story. In the time the opera was originally set, Ancient Rome, ­ we might be more complacent towards the use and abuse of women to gain power. In Anna’s rendition, set just seventy years ago in 1946, the injustice of the action is thrown into relief in this more contemporary context. What I’d like the audience to take away is that this power dynamic and the systemic abuse of oppressed populations was not only true in Ancient Rome, or in 1946, but it exists today in so many ways.

What can we learn from ​The Rape of Lucretia? ​

Anna: ​We need to be more discerning of media and politicians who misrepresent survivors for their own agenda. Behind every scandal there is an individual who is hurting and who deserves our respect. By openly discussing rape, we can help prevent it and promote consent. Awareness is key and by erasing stigma surrounding sexual assault, those affected may feel more confident to seek help.

Kate: ​This opera teaches us compassion and helps us to explore the depth of human emotion and motivation. It’s so easy to distill a victim’s experience into the simple ‘facts’ of the case, but there is a whole life behind each one of these experiences. This opera can help, I hope, to increase people’s empathy for survivors.